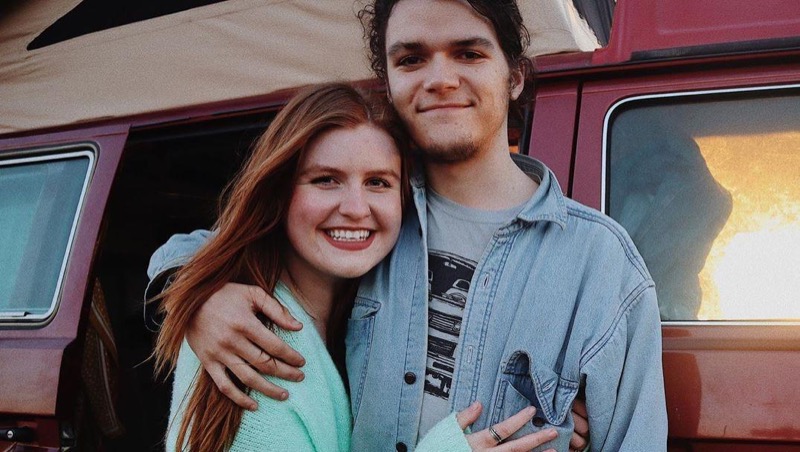 Little People, Big World (LPBW) fans keep on asking Isabel Roloff to share photos of her baby, Mateo. Because of that, some fans fear it might only make her all the more determined to hide him. Well, at the same time, it also makes fans not even vaguely interested in baby pics curious to know what he looks like. While she doesn’t share photos of Mateo’s face, she drops hints about him all the time. Now, some fans think that Jacob and Isabel perhaps have a baby boy with red hair.

Some fans think that Isabel would love nothing more than to share photos of her baby on social media. After all, her daily posts are all about Mateo. Some critics wonder why she bothers to keep him hidden. If she wants to keep him off social media, then they reckon she should do so altogether. Instead, she shares tantalizing glimpses of his hand and feet. But, she says that Jacob made the decision with her to empower their child. One day, he will decide if he wants to be on a public platform or not.

LPBW Grandpa, Matt Roloff shared a photo of the newest addition to the family. He respected the wishes of Jacob and hid the baby’s face as well. Jacob and Isabel have a little teddy onesie, which hides their baby completely. So, they’d dressed Mateo in that for Matt’s picture. Over on Reddit, some folks get impatient with the couple. Some of the reasons that by not posting his face. but sharing about him is simply a way to boost their public attention.

LPBW – Has Mateo Got Red hair Like His Mom?

The criticism came after a Redditor on the r/Little People Big World Subreddit shared a photo that Isabel posted on Instagram Stories. In a Q&A, fans asked which parent Mateo favors. Well, she said, “In my opinion, he looks like Jacob but with my coloring.” So, fans naturally assume he might be a redhead. One fan noted that at one stage, his mom was blonde. Actually, that came because she grew tired of red hair as a young woman. But she is a natural redhead.

Well, a few LPBW followers said that the color of babies can change over time. So, by the time fans see the kid, he might not have red hair at all, even if he is now. Some other followers on Reddit pointed out that newborn babies all look much the same at birth. So, they wondered why Isabel didn’t just share one when she took Mateo home, and be done with it.

LPBW fans don’t all love the cast of the show. And now, it seems that even those who don’t mind them grow very critical. One person noted, “Why would you bother making a point to say we aren’t going to share what he looks like, just to go on and on about what he looks like, minus actually showing a picture of him. They’ve already shared just about every other detail about his short life, what difference does seeing his face make at this point?”

Next, an irritated fan wrote, “Here’s the thing Isabel and Jacob, what you’re doing is performative. Keeping the child’s privacy? You have shared every single DETAIL about this kid. We know everything about him. So what’s the point? It’s not exactly respecting his privacy if you share every intimate detail.”

The Bold And The Beautiful (B&B) Spoilers: Steffy’s Timing Is Right – Ridge Needs Support After Betrayal