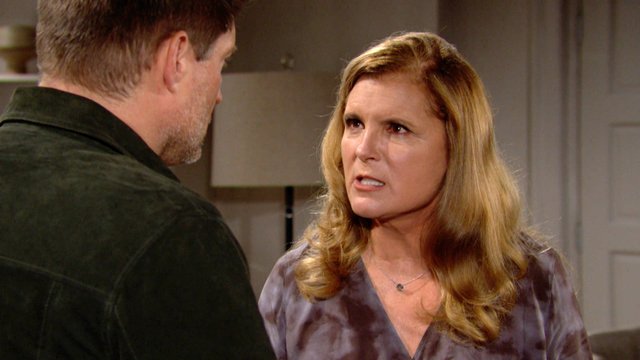 The Bold and The Beautiful (B&B) spoilers and updates tease that Deacon Sharpe (Sean Kanan) will rage against Sheila Carter (Kimberlin Brown) for ruining things for him with Brooke Forrester (Katherine Kelly Lang)! He’ll figure out her dirty champagne trick in upcoming Bold and Beautiful episodes, and since he can’t go to Brooke and tell her, he’ll bust her to Hope Spencer (Annika Noelle)!

Viewers of The Bold and The Beautiful will remember that after a drunken one-night stand caused by swapped champagne bottle labels, Deacon was unceremoniously evicted from Brooke’s home as well as her life! Hope won’t believe it when Deacon tells her he’s persona non grata with Brooke, although he may hesitate to tell her the whole sordid story; he might admit he was there! Viewers of The Bold and The Beautiful can imagine that a missive explaining that Deacon was there the whole night and woke up in her mother’s bed might be a little too much information for Hope to digest! Hope will likely have some questions about what happened to cause this sudden change when her mother had been so welcoming of her father, and Deacon might have some explaining to do! However, he didn’t know there was a little peeping Thomas – or actually son of Thomas Forrester (Matthew Atkinson) looking through the window that night-Hope might get the scoop from Douglas Forrester (Henry Joseph Samiri)! 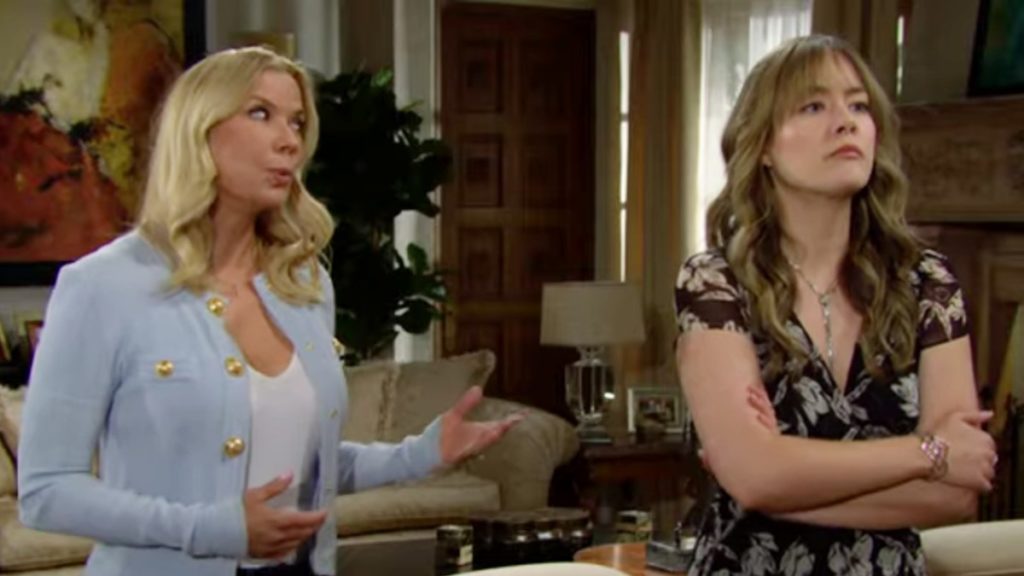 Viewers of The Bold and The Beautiful will see Deacon going through what happened earlier with Brooke, and remember the confrontation he’d intervened in earlier at Il Giardino when Sheila showed up! Deacon remembers he had been talking about sending a bottle of non-alcoholic champagne over to Brooke that she had asked about, having had some at Eric Forrester’s (John McCook) home. Sheila had arrived as he and Brooke were talking about it, and the bottle was in plain sight when Brooke started in on Sheila and things got very ugly between the two women and he had intervened! Viewers of The Bold and The Beautiful can imagine at that point he’ll put two and two together and realize Sheila must have swapped some champagne between bottles or else the labels. That means Brooke was really drinking regular champagne instead of the non-alcoholic champagne he’d sent over!

The Bold And The Beautiful (B&B) Spoilers: Taylor Sees Through Sheila As She Reverts To Old Behaviors

Deacon Sharpe Explains To Hope Spencer What Must Have Happened

Viewers of The Bold and The Beautiful will see Deacon explain to Hope what he thinks must have happened – although he may leave out some of the gory details, of course! Viewers of The Bold and The Beautiful can imagine he’ll have to tell Hope that her mother was tipsy when he went back to get his keys – may be fudging a cover story of his own to account for his presence there. After all, if he doesn’t, later on, the truth about him spending the night there might get back to her from another source he may not want it to, since that’s what usually happens! Hope may not remember as much about Sheila and her tactics as some of the older Forresters, but she’s certainly heard stories retold about her and how dangerous she is! He’ll put forth his theory that Sheila switched the champagnes somehow after the confrontation earlier, and admit he stayed around since Ridge called he was delayed, and he didn’t want Brooke to drink herself to sleep!