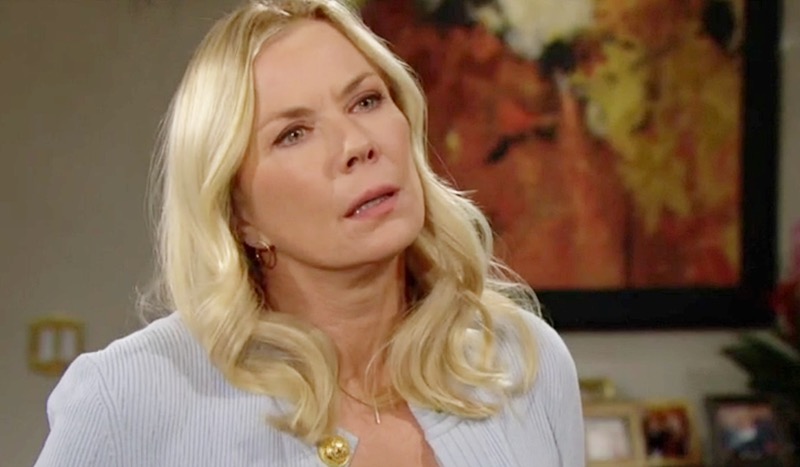 The Bold and the Beautiful (B&B) spoilers and updates tease that Brooke Logan Forrester (Katherine Kelly Lang) may have relapsed, but it might happen again. Brooke finds herself battling the urge to drink after her night with Deacon Sharpe (Sean Kanan). If she gives in to temptation again, Ridge Forrester (Thorsten Kaye) could give his wife some tough love.

B&B spoilers reveal that Sheila Carter (Kimberlin Brown) set a trap for Brooke, which she fell right into. However, Brooke doesn’t know that her relapse was triggered by Sheila, who switched the labels on champagne bottles. If Brooke hadn’t drunk the alcoholic champagne, then she might never have craved more liquor, which led to her taking shots all night long. It also might have prevented Brooke and Deacon’s kiss, as well as the two waking up in bed together.

It is confirmed that after New Year’s Eve, Brooke will battle the urge to drink again. Brooke’s intense guilt and shame over what happened leads to her blurting out the truth to Ridge. While Brooke confesses to getting drunk, she probably keeps her activities with Deacon a secret. Brooke is terrified of losing Ridge, especially now that Taylor Hayes (Krista Allen) is back in town.

Brooke goes to an AA meeting, where full and complete honesty is the foundation of recovery. The only problem is that Ridge goes with her. Typically, addicts are supposed to go alone because that way they don’t have to fear consequences after loved ones hear them bare their souls. With Brooke still hiding her passion with Deacon, it won’t help her fight the urge to drink again. So, more relapses are possible.

The Bold and the Beautiful spoilers reveal that Ridge will struggle with Brooke’s relapse. If it were just one relapse for one night, Ridge wouldn’t make a big deal out of it. Ridge would just tell her to get back on the wagon. However, it is teased that Taylor and Steffy Forrester Finnegan (Jacqueline MacInnes Wood) become concerned about how Brooke’s relapse is affecting Ridge. So, it sounds like Brooke might continue to drink, which would push Ridge to vent to his loved ones. 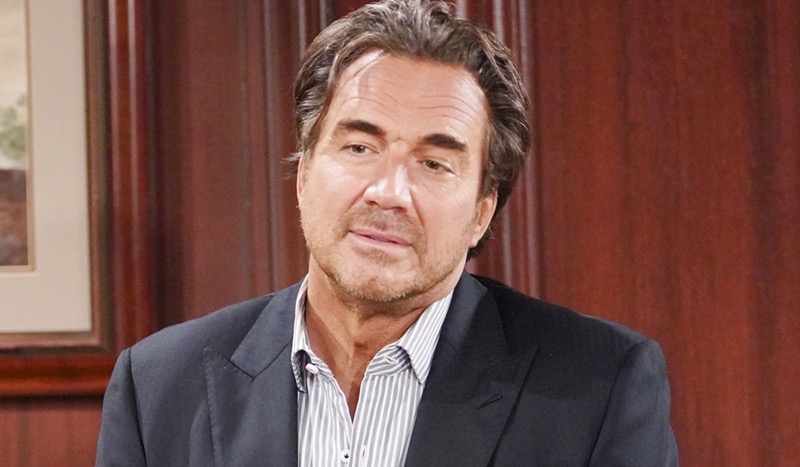 Ridge might get to the point where he believes that Brooke won’t ever stop drinking and there could be an ultimatum coming. Sheila isn’t going to stop at this one attack on Brooke. Sheila continues to place traps for her enemy, which could be more alcohol switches. That means it will be even more difficult for Brooke to get sober again and could cause the destruction of her marriage.

The Bold and the Beautiful Spoilers: Deacon Sharpe’s Opening

If Ridge feels he has to walk away from Brooke until she gets sober again, he will likely rekindle his relationship with Taylor. Meanwhile, Brooke will feel lonely, which always has her leaning on some man for comfort. This would be Deacon’s opening to get what he wants… but he will unlikely be able to keep Brooke long-term. Eventually, Sheila will be exposed, Brooke will get sober, and “Bridge” will reconcile. Until that happens, though, expect a lot of drama!

The Bold And The Beautiful (B&B) Spoilers: Carter Has More Trouble –…

The Bold And The Beautiful (GH) Spoilers: Carter Cannot Get His Romantic Life…

The Bold And The Beautiful (B&B) Spoilers: Ridge And Taylor Deepen Renewed Bond…

The Bold And The Beautiful (B&B) Spoilers: Brooke Confesses To Kissing Deacon…