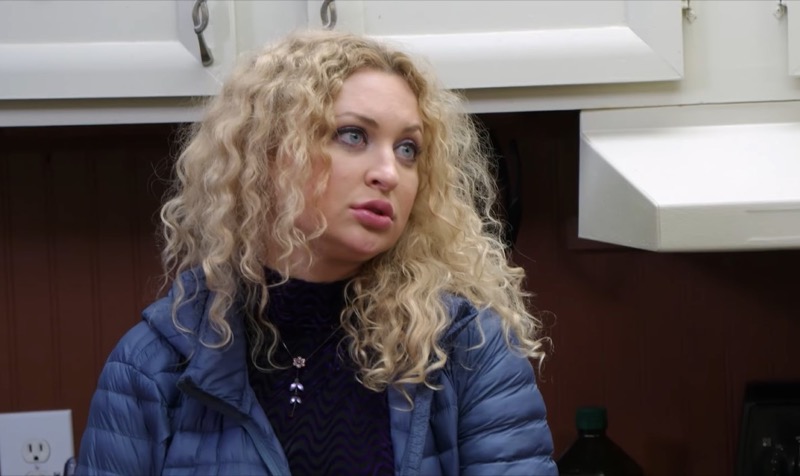 90 Day Fiancé stars Natalie Mordovtseva and Mike Youngquist split and now that Mike is on The Single Life, she seems shocked that he might leave her high and dry with her stay in the USA. In the preview for the Tell-All, he seems less than sympathetic towards her problems. So naturally, she feels that he’s terribly callous.

90 Day Fiancé Brought A Lot Of Toxic Behavior From Mike

While TLC fans really didn’t take to Natalie, it seemed that both of them were to blame for the split. He always seemed very disinterested in addressing her problems. They didn’t like her as she came over as cold and calculating, but Mike seems way more vengeful than she is after the break-up. In fact, on Instagram, she reminded fans that were in a relationship for four years. So, she tries to treasure the good times. Actually, fans suspect that she still has soft spot for him in her heart.

Back in July last year, rumors about the 90 Day Fiancé couple emerged. A mystery woman was spotted in photos so fans thought that Mike was cheating on Natalie. Well, fans probably moaned to her about Natalie so she shared some texts about Mike’s now ex. In fact, she claimed their whole relationship was just staged for the show.  According to her, Mike and Natalie hadn’t had a relationship for a long time. Well, that news came when Natalie was slated to film with Mike for The Single Life. Possibly, it’s all still just scripted drama. Anyway, Natalie is allegedly very upset that Mike looks for a lawyer, AKA, a divorce.

90 Day Fiancé Star Natalie Mordestova Freaks Out Over The Divorce

Sopa Dirt reported that in the preview for the Tell-All, Mike was asked: “if he decided to file divorce papers, and he says he has.” Apparently, that’s a big problem for Natalie as they have not been married for the requisite three years for her to stay in the USA. So, she won’t be able to apply for permanent residence if Mike goes ahead with a divorce right now. However, Mike just doesn’t seem to care. Obviously, she can still apply for some leniency, but it takes time and money and the outcome might not be successful.

Naturally, if Mike no longer supports her staying in the USA permanently, it makes things harder for the 90 Day Fiance star. Actually, she really doesn’t have any money, she claims. So, she said, “You can’t do this to me,” Well, Mike callously says that he’s going ahead with it.

90 Day Fiancé fans will see that Natalie Mordovtseva loses it completely with her ex, Mike. So, she furiously stormed away saying, “I don’t know if I can go through this hell anymore. I can’t.”

Be sure to catch up on everything happening with TLC’s 90 Day: The Single Life right now. Come back here often for more 90 Day Fiancé spoilers, news, and updates.