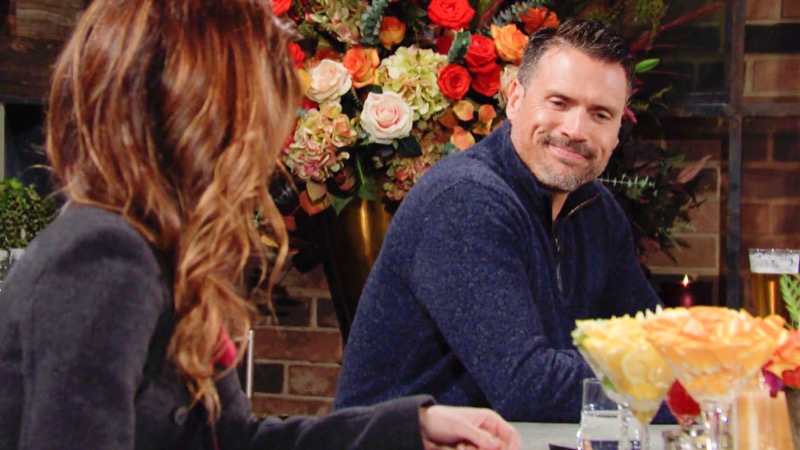 The Young and the Restless spoilers document that Nick Newman (Joshua Morrow) continues to lash out for exaggerated and invented reasons. Victoria Newman Locke (Amelia Heinle) believes that her brother is behaving like a child.

Nick has willed himself into what could be described as an extended tantrum. He allowed personal emotions to cloud his judgment, believing that family patterns were repeating.

Young And The Restless Spoilers – Phick Did Not Have To End

Phyllis was innocent in the latest Phick fail. While she has been the source of trouble in the past and shared blame before, Nick is responsible for the latest edition ending.

Stafford’s character knew that dark clouds were forming in daytime when Nick chose to involve himself in Ashland Locke’s (Richard Burgi) backstory. Morrow’s alter ego was warned off of doing so. But he persisted in those efforts, which led to family conflict.

Along with the above, Nick chose to believe that Victor Newman (Eric Braeden) is favoring Adam Newman (Mark Grossman) again. That was an odd reaction considering Nick was the Newman sibling who made peace with Adam in recent months.

Young And The Restless Spoilers – Issue With Sister Is Legitimate

Surprisingly, the target of Nick’s fumes, Ashland, is offering an understanding of that perspective. Victoria is impressed by her husband’s response.

Nick is convinced that Ashland’s history disqualifies him to be part of Victoria’s life. That sounds like something Victor would say. It also puts Nick and Billy Abbott (Jason Thompson) in the same category, as both men believe they need to protect Victoria from the Lockeness Monster.

Yet, it is legitimate to conclude that Victoria’s assessment of Nick’s efforts to unearth Ashland’s messy life story was ungrateful. Sure, she loves Ashland. But Nick was acting selflessly and in defense of Victoria.

Young And The Restless Spoilers – Standing Here And Now

The Vashland wedding happened, despite Nick’s hopes. Adam and Victor are running Newman Media, which reinforces Nick’s belief that his little brother will never be held accountable for his actions.

Nick lost a woman who loved him and believes that family members must think as he does about each other, or they are wrong. So, it is fair to ask what is Nick’s endgame?

Being analytical is a mechanism Nick uses to reach conclusions. However, he seems to have not learned that choosing to act on whatever decisions one makes is not always necessary. Instability in Genoa City, Wisconsin, will persist for Nick until he can temper his opinions or even better, to avoid forming so many of them.