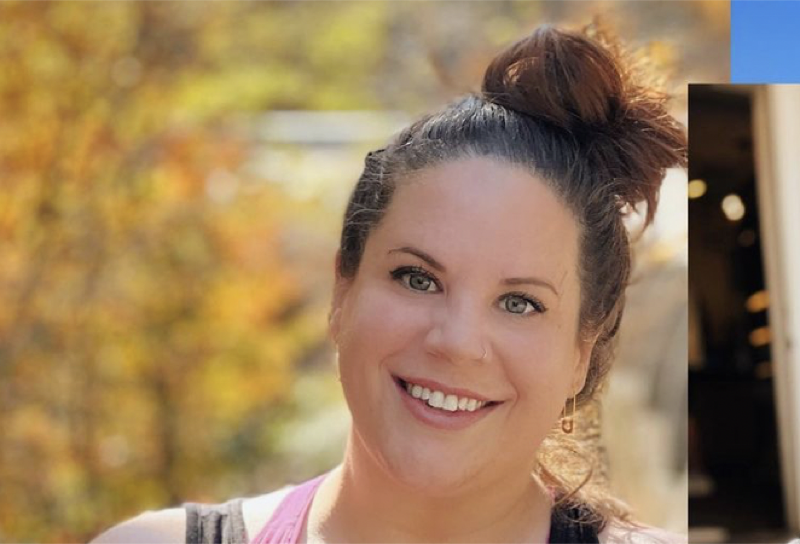 My Big Fat Fabulous Life (MBFFL) star Whitney Way Thore seems in incredibly good spirits these days. Recently, she did a series of Q&As that reveal her fun side. Actually, fans miss that from her, as the last few seasons showed her way more somber or silly than previous seasons. Now, she reacted to some secret confessions by fans and reminded them all over again why they love her.

The last season on TLC ended when Whitney said that she booked a one-way ticket to France to see her French tutor. It came after he decided not to fly to the USA. The whole season, she went on about her crush on him. However, she later confessed that she is in love and very happy with her faceless man. After the season ended, she dumped some throwback photos of her mom. Then, she started a series of fun and interesting Q&As.

My Big Fat Fabulous Life star Whitney Way Thore confessed to a lot of things recently. One amusing story came when she talked about stealing some banana bread. Our Teen Trends reported on the story from when she was a college student. Well, every college student does something that they regret. Although she laughed about it, she still feels a bit guilty to this day, So, if you lost a loaf years ago, feel free to suspect her as the culprit.

Whitney Way Thore reacted to a lot of outrageous confessions by fans. Some of the more serious ones included this confession: “I kind dislike my husband and wish I could leave.” Well, not beating about the bush, Whitney told the fan to just “leave.” However, funnier-sounding confessions also arrived. Another TLC fan really got her laughing when she wrote, “I call my fiance “daddy” during sex and I’m a lesbian.” 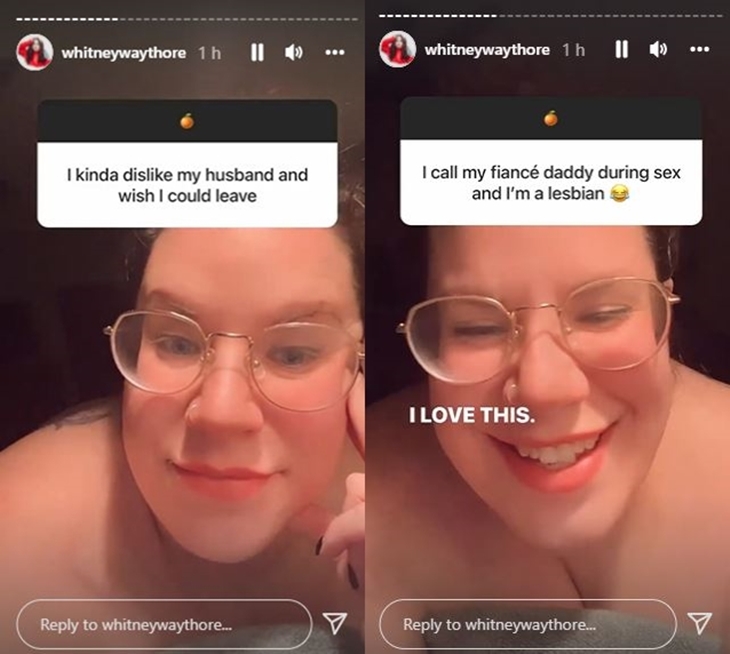 The My Big Fat Fabulous Life star also shared a confession that read: “I wore a remote-controlled toy out to dinner with my boyfriend earlier this week.” The TLC star reacted by asking if it’s the kind that makes a loud “buzzing” sound? And if not, “was it strong enough?” You can see below, her reaction to the fan who likes to clean out toenail dirt with their “teeth.” 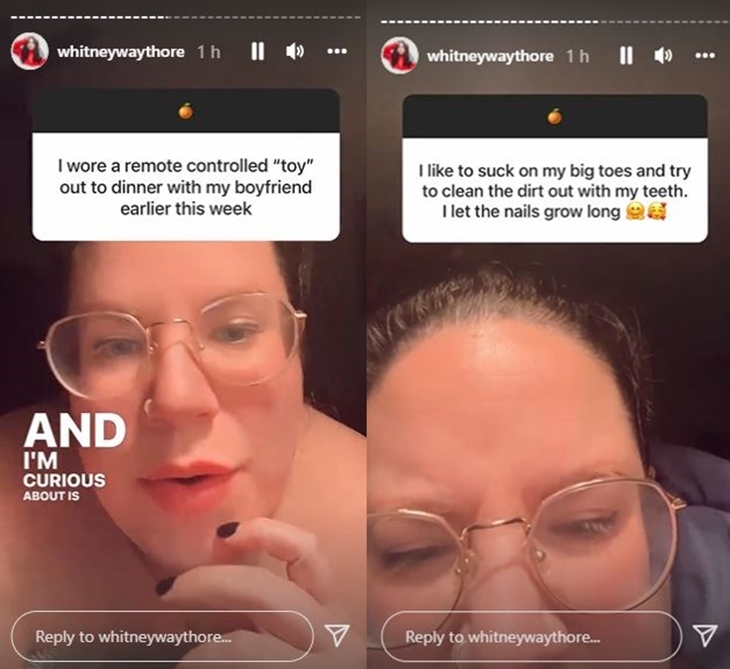 My Big Fat Fabulous Life star Whitney Way Thore gave one fan good advice when their confession arrived. The fan wrote, “My friend’s husband and I have hooked up several times and we can’t stop.” Well, Whitney didn’t laugh at that one and simply to them to “Just Stop!” But she did snicker at the fan who confessed they “almost got arrested for indecent exposure outside of a 24 hour fitness.” 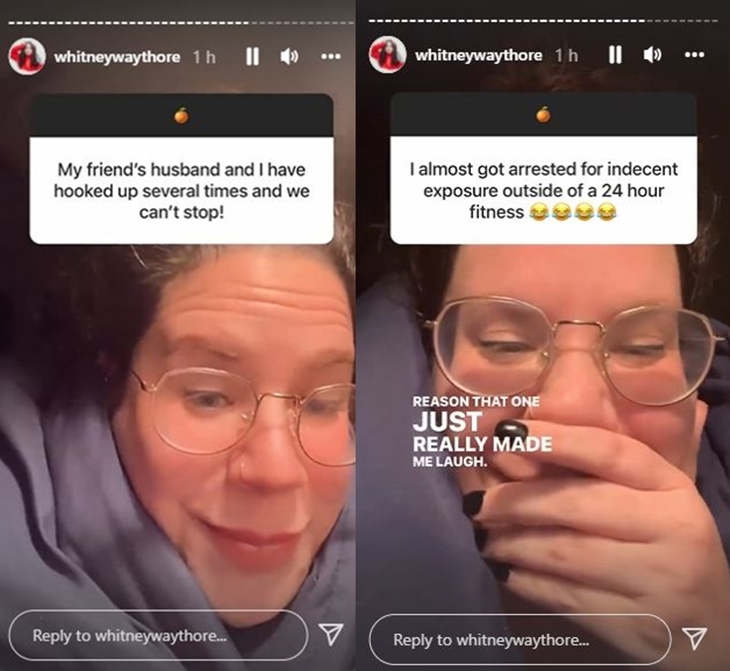 Be sure to catch up on everything happening with MBFFL right now. Come back here often for more My Big Fat Fabulous Life spoilers, news, and updates.

Days of our Lives (DOOL) Spoilers: Belle Advocates for Brady and John