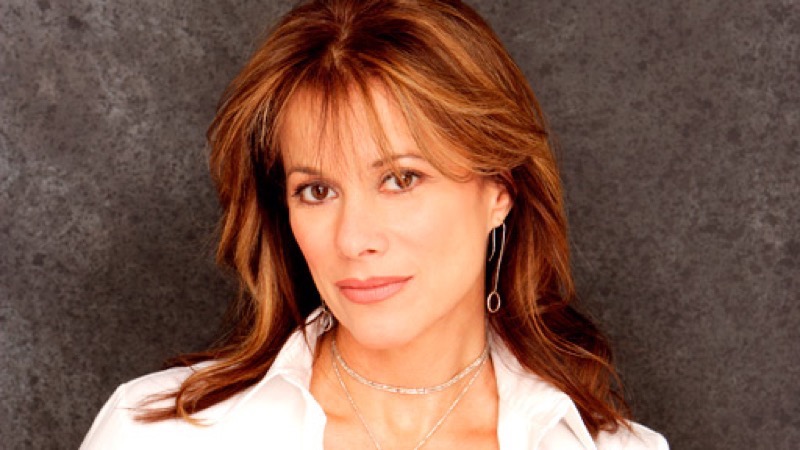 General Hospital (GH) spoilers and updates tease that Jane Elliot will soon return as Tracy Quartermaine in upcoming episodes of General Hospital, thanks to a leak from castmate Nancy Lee Grahn, who plays Alexis Davis.

In her tweet, which appears to be a General Hospital leak, Nancy Lee Grahn gave General Hospital viewers a great big hint – she said she got to see someone she loves a whole lot at work that day, and that viewers soon will as well. That’s all she tweeted, but fans who follow both Jane Elliot and Nancy Lee Grahn know that they are close friends in real life, so it was pretty easy to figure out. General Hospital viewers know that the show almost has to have a memorial service for Jason Morgan (Steve Burton) in the works, and Tracy Quartermaine would almost have to be in attendance. Longtime General Hospital viewers know that Jason Morgan was once Jason Quartermaine, and it would really be bad optics if Tracy didn’t come to her nephew’s memorial. She also may or may not know of the surprise survival of her other nephew, Drew Cain (Cameron Mathison), unless it’s revealed she was told off-screen, which seems to be happening a lot lately!

General Hospital viewers who follow the General Hospital stars on their social media accounts also may have seen an Instagram post from Nicholas Chavez, who plays Spencer Cassadine, on the same day as Nancy tweeted on Twitter about her close friend’s filming that day. He was dressed in a suit, and in the background of the photo accompanying his tweet, there is a monitor showing a scene of an older woman which many General Hospital viewers identified as Jane Elliot!

Observant General Hospital fans have also noted there have been several male cast members filming in suits that have shown up on their social media accounts, and that has lent credence to the idea that a Jason Morgan memorial service is being filmed – although it would be doubtful that Jason would have cared if they wore suits or not! After all, he rarely wore them in life – with his wedding to Carly Corinthos (Laura Wright) having been a fairly recent notable exception. General Hospital viewers cannot imagine that Tracy would not attend a Quartermaine family funeral, even if she didn’t make Jason’s wedding! Maybe she wasn’t invited! 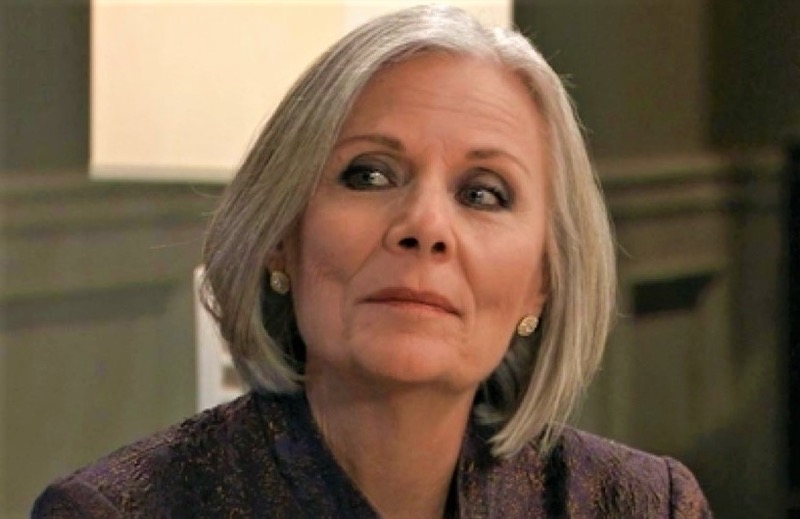 While she’s in town, General Hospital viewers can imagine that Tracy may stick around a little longer than just Jason’s memorial service. General Hospital viewers will recall that Brook Lynn Quartermaine (Amanda Setton) is the relative among the Quartermaines who is most like Tracy! Tracy hasn’t had a chance to meet “her great-granddaughter” “Bailey Lois Quartermaine” (Jett and London Prinzo-Berendt) yet, and unless Luke Spencer (Tony Geary) has been getting in lots of trouble that Tracy’s been occupied with bailing him out of, she could have made a visit much sooner than now!

Tracy may be the only one who can straighten out Brook Lynn and her schemes, and there’s no telling what she’ll do if Peter August (Wes Ramsey) dies and Maxie Jones (Kirsten Storms) comes for her baby while Tracy’s there! But then, with Brook Lynn being a mini-me at times of Tracy, will she even want to straighten her out? She might team up with her!