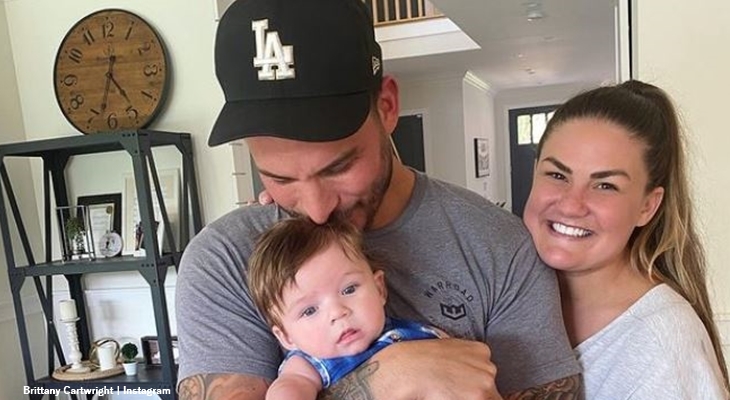 Vanderpump Rules fans looked forward to the birth of Jax Taylor and Brittany Cartwright’s son Cruz Michael Cauchi. Of course, for years, they knew that Jax really wanted to be a dad. As he is already 40, fans wondered if he’d soon be too old to enjoy quality time with a child.  Well, both of them are besotted with their baby boy and this year is the first Thanksgiving they enjoyed with their son.

Cruz arrived after a long 30-hour labor for Brittany. He arrived safely on April 12th at 1:51 pm and his parents couldn’t be happier. Straightaway, Jax started an Instagram account for their baby boy. Jax and Brittany also often post photos of Cruz on their own Instagram accounts. Recently, they shared photos of him on his six-month birthday. Bravo fans agreed that he is very cute and he looks a lot like his dad. At least until his hair started turning blonde.

At the moment, the Vanderpump Rules alums let Cruz grow his lovely baby hair longer. Fast-growing in body and hair, they showed the sturdy little guy with his first-ever man-bun. At the time, the caption read “Cruz’s first man bun 😂😍 I can’t even deal.” Below that, Brittany commented, “I justtttttt 😍😩🥺🥰😍❤️ He’s going to be such a blondie soon! All the new hair is blonde blonde lol 😍❤️.”

This year,  the happy family all enjoyed their first-ever Thanksgiving together. Judging by the happy smiles, this child is definitely treasured. Cruz looked really happy as well. Mind you, Bravo fans noticed that he almost always smiles, unless he’s sleeping. Meanwhile, it seems that nothing wiped the smile off the face of Jax since the day he first held his precious son. 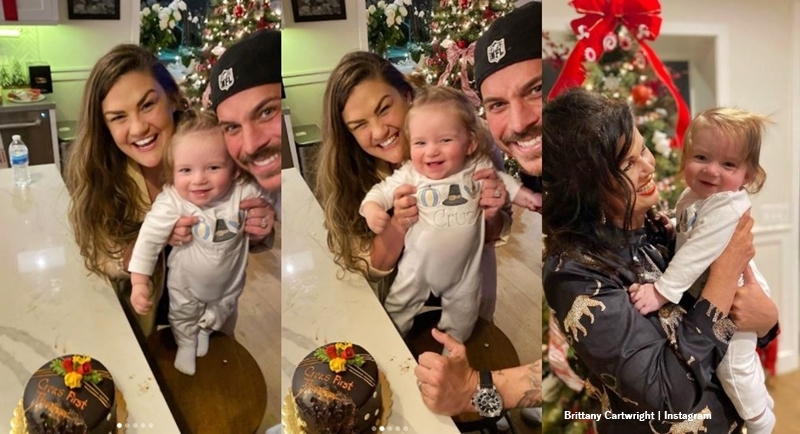 Vanderpump Rules alum, Brittany clearly needed only a few words to describe their first Thanksgiving as the photos did the talking. She simply wrote, “Happy Thanksgiving!!! 🥰🥰🥰😁💕.” Cruz already racked up an impressive number of fans. So, plenty of comments flowed in on the Instagram post. Most of them sent their best wishes back to the family

Vanderpump Rules fans used the word “cute” a lot. Really, there’s no other way to describe the baby boy who looks set to become a charismatic personality. One Bravo fan wrote, “Happy thanksgiving!! He is such a good mix of both of you!! Also forever loving the man bun 😍😍😍.”

Another fan noted, “Looks like he got into the cake!! 😂” Actually, it did look like some nibbling had gone on before the photos were taken!

Be sure to catch up on everything happening with the Bravo cast right now. Come back here often for more Vanderpump Rules spoilers, news, and updates.