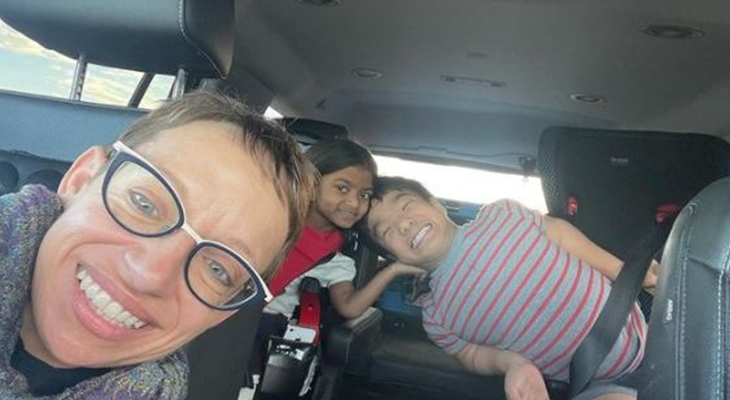 The Little Couple fans have not seen a new season of the TLC show since 2019. However, Dr. Jen Arnold keeps fans up to date about the kids on her Instagram account. Fans saw that Zoey celebrated her 10th birthday recently. Plus, Will still seems like a tough young boy. Fans never tire of the two children and their various adventures.

Bill Klein and his pediatrician wife, Dr. Jen adopted both their children. Actually, fans saw them as tiny little kids. Both of the kids, like their adoptive parents, have dwarfism. Will came from China, and Zoey came a few years later, from India. Will took to life in the USA in 2013 like a duck to water. However, Zoey took a  long time to get used to her new life.

The Little Couple fans miss Will and Zoey on TLC a lot. Constantly, they clamor for a new season. However, neither Jen nor TLC made any announcement about a renewal. Possibly, she feels it’s best not to film during the coronavirus. For now, fans make do with photos and videos shared on social media. Actually, the cute kids always seem to bring some cheer into the lives of fans. This week, Jen shared that the family, along with their cousins visited the Kennedy Space Center in Florida.

The Little Couple Family At The Kennedy Space Center

The family visit to the Kennedy Space Center looked like a lot of fun. Actually, it would probably make a great episode for TLC. Recall, in years gone by, Will never missed an opportunity to dress up like an astronaut on Halloween. Screen Legion reported that Jen “shared a handful of pictures from their family day out.” Still, there were enough photos for fans to see that they all had a good time.

In the photos, one revealed Will, Zoey, and their cousins standing by the space shuttle Atlantis. Atlantis was the fourth of them that NASA built and it was commissioned for its first flight in 1985. Then another showed them posing outside the Space Shuttle area. A third one revealed Will on a simulator. Zoey also seemed to enjoy that very much. Even their dad, Bill Klein looked like he enjoyed himself in there as well. Of course, TLC fans took to the comments section of the post to talk about it.

The Little Couple fans talked about the place and one person who went there wrote, “When they opened the doors to reveal the Atlantis it gave me chills, awesome place!” Then another one noted, “Such an awesome place! Looks like Will, Zoey, and all the cousins had a lot of fun! ❤️❤️.”

Be sure to catch up on everything happening with the TLC cast right now. Come back here often for more The Little Couple spoilers, news, and updates.