The Little Couple Fans Cheered Up By Will And Zoey 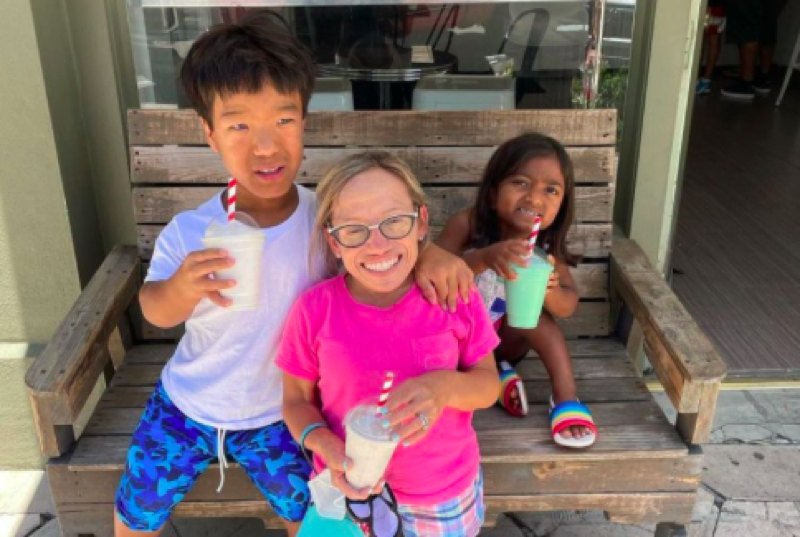 The Little Couple fans grow increasingly concerned that the TLC show might not renew. So far, no news came about renewal and everything seems to hang in limbo. Still, Dr. Jen Arnold does at least post on her social media about their family. This week, she shared some photos of Zoey and Will that brought a lot of smiles on a dismal Monday morning.

The Little Couple Family Managed To Get Through COVID-19

Many fans think that Bill and Jen stopped filming because of the risks associated with COVID-19. Bear in mind, Jen suffered from cancer. Plus, Bill went through many stints in hospital with skeletal issues. Dr. Jen, well aware of the dangers of the transmittable illness, spent time educating fans about social distancing and masks. Nowadays, she promotes vaccination. In fact, she said that they are ready to get Will his jab. Well, it looks like their hesitation to mix with others worked out for them. So far, the family seems to have stayed free of the virus.

The Little Couple fans become rather desperate for more of the family. Some fans fear that as the family looks so happy and stress-free right now, that they might decide not to let the kids film in the future. Jen doesn’t answer fans who question her about the show. However, the fact that no official cancellation announcement arrives bodes well for the future. Plus, if Jen and Bill canceled then it wouldn’t be an issue for her to simply tell her fans. So, for now, fans just have to be grateful that she at least cheered them up this week.

On Monday, November 15, Dr. Jen posted up about five photos of the kids at the beach. They munched away on giant icecreams and looked so happy on the beach. Jen wrote, “Just some silly smiles & ice cream to brighten your #monday.” Naturally, because of their infectious smiles, people felt happier for seeing the kids. Will, especially, smiles through every situation. He even smiled when he went to the hospital for a cast on his arm earlier this year. 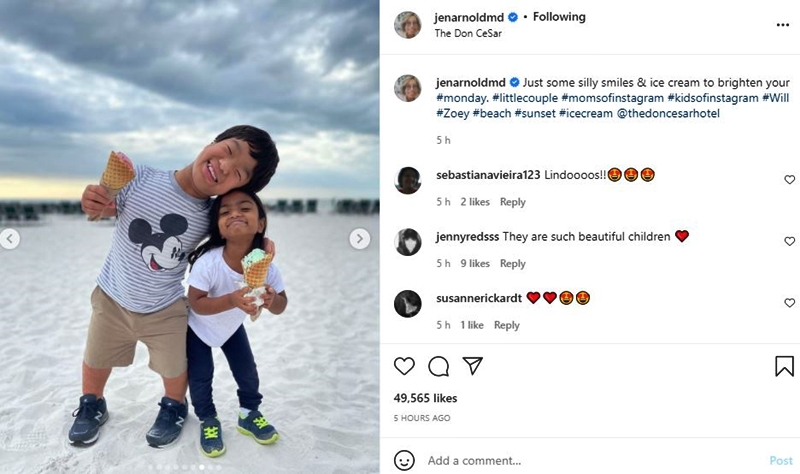 The Little Couple fans agreed that it’s hard to feel glum even on a Monday with those smiling kids. One of them wrote, “Wow…cannot believe how big they are now, I’ve watched ur show from day 1, it’s emotional to see how great their lives turned out because of you and Bill. 👏👏👏❤️.” Then another one noted, “Thanks I needed a smile today ❤️❤️❤️.”

Fans Ask How Old Will And ZoeyAre Now

The Little Couple fans seemed blown away at how big the kids look. Well, the last time fans saw them on TV was in 2019. Back then, the season was filmed well before the premiere.  So, in fact, they were about three years younger than they are now. Zoey turned 10 years old this year, and Will is already 12.

Be sure to catch up on everything happening with the TC network right now. Come back here often for more The Little Couple spoilers, news, and updates.