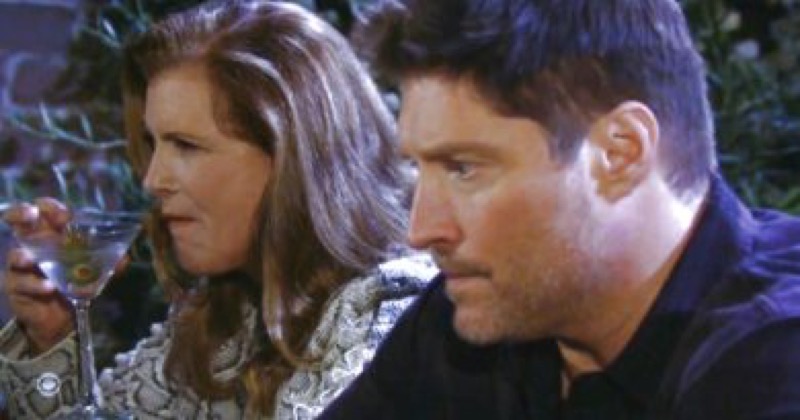 Viewers of The Bold and The Beautiful will recall that neither Sheila’s nor Deacon’s hopes to spend time with their children and grandchildren came to full fruition, although Deacon has gotten a little farther than Sheila! Viewers of The Bold and The Beautiful will recall that Deacon’s daughter, Hope Spencer (Annika Noelle) had even given her mother an ultimatum and stood up against her stepfather to support Deacon. Brooke Logan Forrester (Katherine Kelly Lang) had also stood up to Ridge Forrester, (Thorsten Kaye) telling him that she had to support her daughter, who had put her in a bind when it came to accepting Deacon into her family. But Ridge remains of the opinion that Deacon is a twin of Sheila, an evil and manipulative person, and he is firm in his belief that people never change! But even if Ridge had budged just a little bit, there was Liam Spencer (Scott Clifton) to contend with – that’s probably why Deacon was forced to spend his Thanksgiving with Sheila!

The Bold And The Beautiful Updates– Sheila Carter’s Plan Divided, But Hasn’t Conquered

Viewers of The Bold and The Beautiful will recall that Deacon abandoned Sheila’s first plot to break up John “Finn” Finnegan’s (Tanner Novlan) marriage to Steffy Forrester (Jacqueline Macinnes Wood) and Hope’s marriage to Liam, and get Finn and Hope together as she faked a romantic relationship with Deacon! Deacon thought she was nuts and quickly got away from her – but now he’s been forced to come back in order to have a place to live. Deacon has no intention of “reconciling” with Sheila, and she knows it, but she has a new plan – it divided, but so far hasn’t conquered. 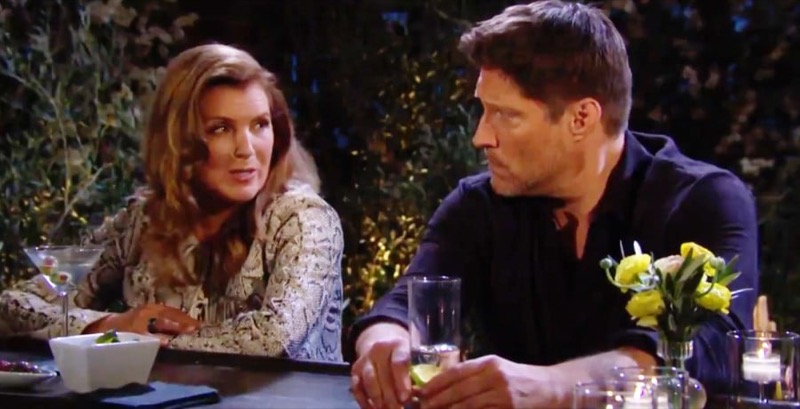 Viewers of the Bold and The Beautiful will recall that Sheila forced Jack Finnegan (Ted King) into confessing that he and Sheila had an affair while Sheila and Li Finnegan (Naomi Matsuda) had been working at the same hospital, which produced Finn. Finn is spiraling – and while Sheila’s plan drove a wedge between Jack and Li, which she hoped for, it also drove a wedge between Finn and Jack, although Finn is ultimately going to give Sheila some brownie points for forcing the truth to be told!

Viewers of The Bold and The Beautiful will see that while the Finnegans, the Forresters, and the Spencers are doing their own things for Thanksgiving, Deacon and Sheila are both left out of their plans! They wind up ordering Chinese food and commiserating for Thanksgiving together in Sheila’s hotel room, as it is likely nowhere to go out and have Thanksgiving in Los Angeles! Besides, Deacon isn’t working and Sheila has no visible means of support unless Jack is still paying her to keep quiet, and now that the secret is out her support will disappear! Viewers of The Bold and The Beautiful will see Sheila and Deacon talking about their individual grown children and grandchildren, and Deacon will likely castigate Sheila for forcing the divisive truth out of Jack, which could wind up alienating Finn from her forever! Deacon knows he hasn’t lost Hope, it’s just going to take more time!