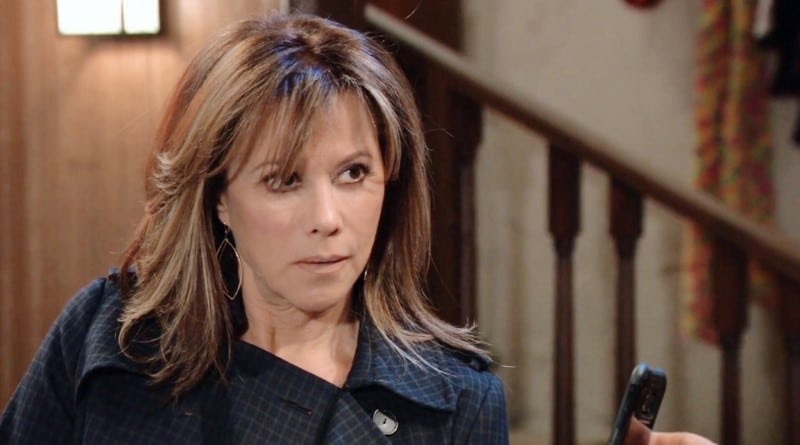 General Hospital (GH) spoilers and updates tease that Alexis Davis (Nancy Lee Grahn) has been pardoned for all of her crimes. As viewers know, Alexis tried to stab Franco Baldwin (Roger Howarth) with a syringe full of Lidocaine when she believed he was going to attack her daughter, Sam McCall (Kelly Monaco). Alexis was drunk at the time, which had been her normal state for quite a while, so she wasn’t thinking clearly. To make matters worse, Dante Falconeri (Dominic Zomprogna) stepped in between Alexis and Franco and ended up being the one who was stabbed with the drug-filled syringe.

General Hospital Spoilers – Olivia Falconeri Already Had It In For Alexis Davis!

As if almost killing her son wasn’t enough, Alexis had already made an enemy out of Olivia Falconeri (Lisa LoCicero). Before the incident with Dante, Alexis had a drunken one-night stand with Olivia’s husband, Ned Quartermaine (Wally Kurth). Both Alexis and Ned had kept the truth from Olivia for months. And once she found out she was quite angry with the both of them. So Olivia was far from upset when Alexis went to prison for almost killing Dante.

Although it was nowhere near her full sentence, Alexis spent several months in jail. She’s done her best to turn her life around while behind bars, but she can’t drink there of course. The true test of Alexis’ sobriety will be now that she’s free. And a run-in with Olivia will be her first true test. Olivia may not think that Alexis should be free so soon after everything she did. And she likely won’t be shy about telling Alexis exactly how she feels. 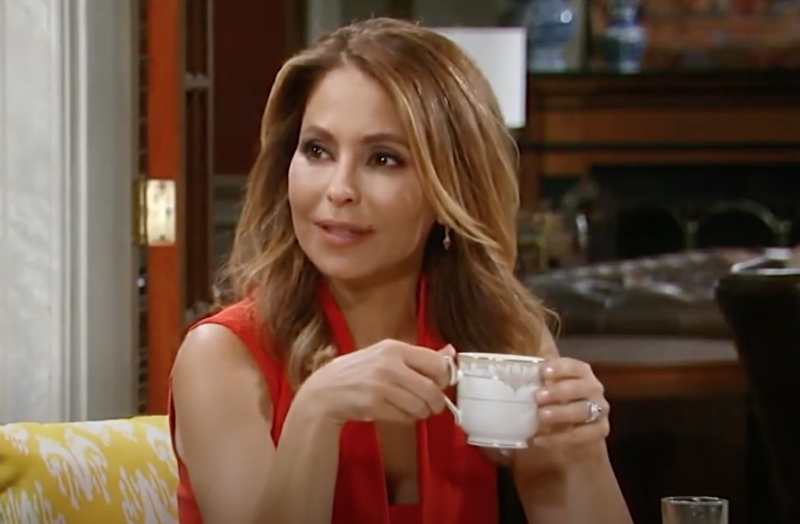 Alexis is an alcoholic. It was easy to stay sober in prison, as she didn’t have a choice. She had a routine in prison and knew what was expected of her. But now that she’s free, and with alcohol readily available, an encounter with Olivia could easily push Alexis over the edge. But Alexis also knows how far she sunk while she was drinking. She won’t let that happen ever again. So look for Alexis to forego the alcohol after her first true test with Olivia!

Can Alexis stay sober now that she is out of jail? Or will an encounter with Olivia send her right back to the bottle? Is Alexis strong enough to face whatever comes with alcohol? Anything can happen in Port Charles so stay tuned to General Hospital airing weekdays on ABC. And don’t forget to check back right here regularly for all your General Hospital news, information, and spoilers!

The Bold And The Beautiful (B&B) Spoilers: Time To Back Off Quinn – Eric Wants To Give In