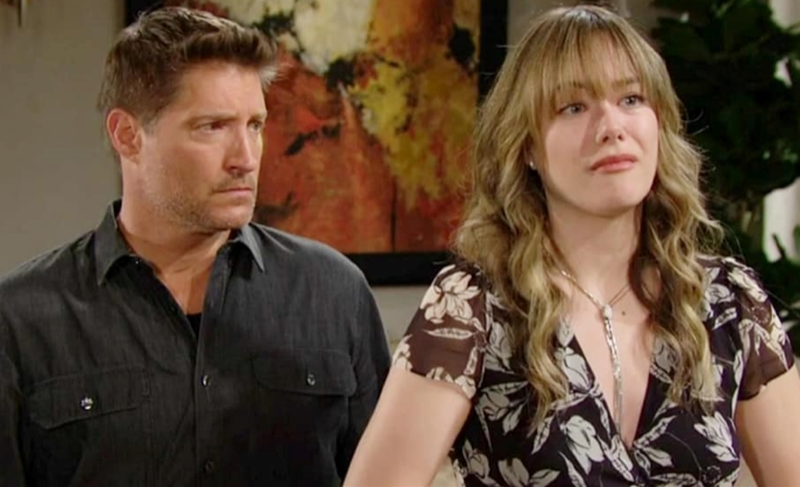 The Bold and the Beautiful (B&B) spoilers and updates tease that Sheila Carter (Kimberlin Brown) feels forced to scheme. Steffy Forrester Finnegan (Jacqueline MacInnes Wood) is blocking her husband from getting to know his mother or as Wood’s character terms Sheila, his birth mother.

Deacon Sharpe (Sean Kanan) continues to try to talk Sheila out of her belief that they have to play games in order to bond with their families. But he is in a different position than Hope Spencer (Annika Noelle). She faces a different type of resistance than what John Finn Finnegan (Tanner Novlan) is enduring.

An intriguing common bond is possible. Sheila and Deacon have been made to feel like they have no right to have a connection with their families. Well, Hope has as well.

Brooke Logan Forrester (Katherine Kelly Lang) and Ridge Forrester (Thorsten Kaye) stand united. They do not want Hope to be involved with Deacon in any way.

Ridge will give another special assignment to Justin Barber (Aaron Spears). This ask has Justin trailing Sheila and Deacon in an attempt to determine if Shecon is real. That follows Brooke’s impassioned directive to Hope to avoid her ex-con father. 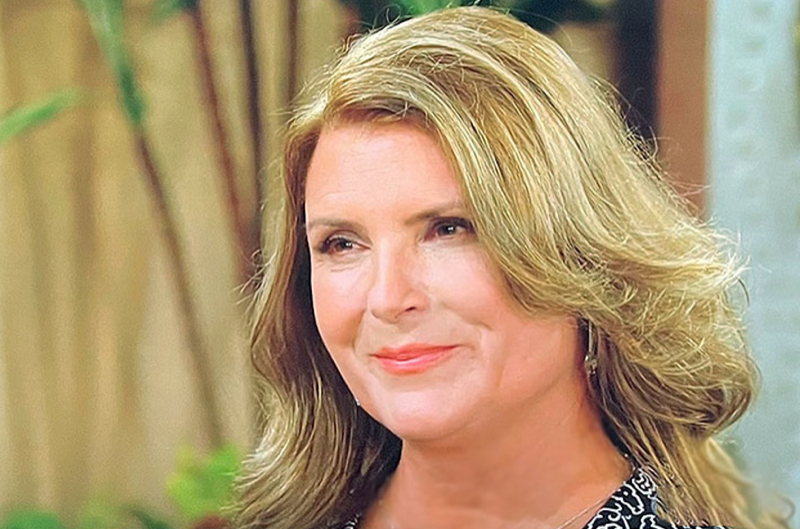 Liam Spencer (Scott Clifton) has been worried about Sheila’s access to Kelly Spencer (Avalon and Colette Gray). Now that Sheila and Deacon’s pairing is public knowledge, Liam is more determined than ever to keep Hope away from him.

The bonding that has taken place between Finn and Hope is natural. Steffy and Liam have encouraged the friendship between their spouses. That link has deepened during the planned parenting events where Kelly’s parents are together with their daughter.

Finn and Hope share a generally similar experience. They each have a troubled parent who recently and unexpectedly returned to town and wants to be part of their lives.

Hope feels for Finn, as his situation also involves the extra complication of Sheila being revealed as his reviled birth mother. With that point in mind, Finn finds common ground with Hope. She is dealing with her family’s reaction to Deacon’s prison release.

Deacon could tell Hope the truth and likely gain her respect. But Sheila is the resisting force that is preventing him from doing so.

Sheila is unlikely to change her approach and agree to pursue an honest redemptive path. But Hope could surprise everyone by learning that Shecon is a ruse but still backing both people.

In that scenario, Hope would understand why Deacon and Sheila felt forced to create the couple pretext. Just as Hope is not trusted by her mother, stepfather, and husband, Deacon and Sheila are not given any leeway by the referenced parties.

A breakthrough can happen with Hope’s understanding and generosity. She can be the leading force that paves the way for Deacon and Sheila to realize desired family connections. What both people do after those suggested happenings would also be compelling.