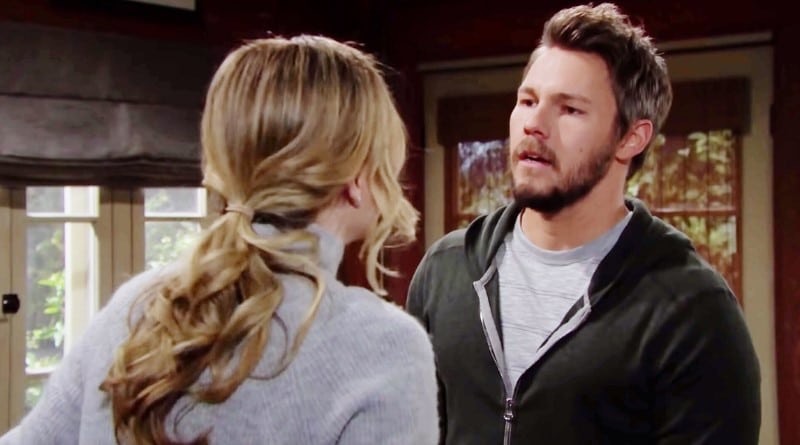 Viewers of The Bold and The Beautiful will recall that Hope secretly wrote to Deacon, her birth father, while he was in prison and he came to her house when he was released. Of course, as longtime viewers of The Bold and The Beautiful would expect, she received no support from her family or her husband over this. As far as the Forresters and Liam are concerned, Deacon is no better than the much more dangerous Sheila Carter (Kimberlin Brown)! Hope knows that Liam will never accept Deacon, but she wants Liam to trust her judgment and allow her to have a relationship with her father. Hope wants to get to know Deacon for herself and hopes that her daughter Beth Spencer (River Davison) can get to know her grandfather as well. She acknowledges that Deacon may indeed wind up hurting her, but wants to give him a chance.

Viewers of The Bold and The Beautiful can understand why Hope would think comparisons of her father to Sheila Carter wouldn’t be fair. Sheila has proven herself to be dangerous, and psychotically so at times, whereas Deacon had drinking problems but he is far from criminally insane!

Deacon acknowledges his mistakes and his errors in judgment and paid for them – he turned himself in for taking potshots at Quinn Forrester (Rena Sofer) which is why he’s been in prison for the last few years. Sheila, on the other hand, is a psychotic maniac and that’s why Hope is so worried thinking that Deacon and Sheila are a couple! Viewers of The Bold and The Beautiful know that Deacon doesn’t go along with Sheila’s plan – he’s called her crazy to her face! That is the plan she has come up with to convince Hope and John “Finn” Finnegan (Tanner Novlan) that they are a real couple and is plotting to try and get them together as a couple in spite of their being married to other people!

Steffy Forrester And Liam Spencer Are Not On Board

Viewers of The Bold and The Beautiful know that to say Steffy Forrester (Jacqueline Macinnes Wood) and Liam are not on board with Hope making Deacon part of her and Beth’s lives are the understatement of the century! It is understandable to Hope, and to longtime viewers of The Bold and The Beautiful, why Steffy would be worried about Sheila – but to put Deacon on the same level is not fair! Finn and Hope’s bond is as friends – and they each love their spouses. Sheila’s plot to split up Finn and Steffy and Hope and Liam just isn’t going to work. Steffy is upset at Hope for giving Deacon a chance, and she and Liam became even more upset after being told about the situation that happened at Il Giardino when Finn and Hope saw Sheila and Deacon making out at a table! Liam doesn’t want Beth to meet her grandfather Deacon or to even know he exists – and by the end of the week, Hope and her mother Brooke Forrester (Katherine Kelly Lang) will have a serious talk about Deacon, and there will be tears!