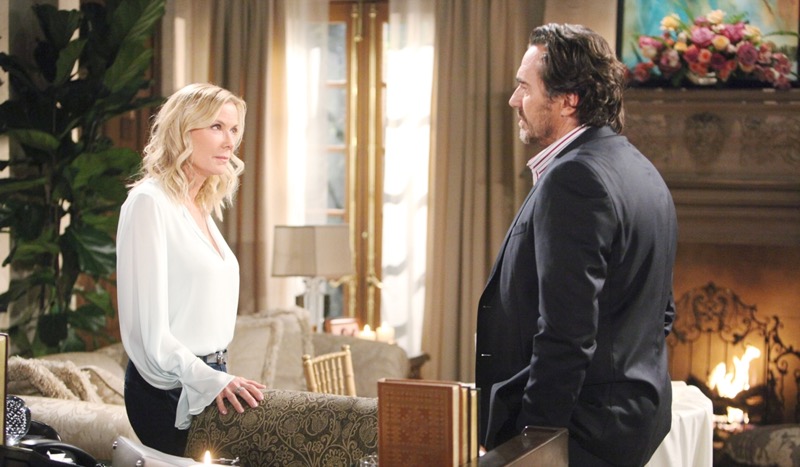 The Bold and the Beautiful (B&B) spoilers and updates tease that Brooke Logan Forrester (Katherine Kelly Lang) felt all those eyes on her and blinked. She opted not to tell the truth at her Alcoholics Anonymous open meeting. Ridge Forrester (Thorsten Kaye) was a witness to the event.

Brooke’s decision seals her fate, as the chance to come clean at this early stage in her relapse crisis passed. She will lament not divulging that Deacon Sharpe (Sean Kanan) was with her on New Year’s Eve.

Meanwhile, down at the cabin, Hope Spencer (Annika Noelle) and Liam Spencer (Scott Clifton) furthered a pattern. This couple shares several common traits. That is why they are the best match.

Hope and Liam were hashing over Brooke’s dilemma, believing that they should play a key role in the drama.

The Bold And The Beautiful Spoilers – Sheila Carter Is The Witch

Sheila Carter (Kimberlin Brown) must be from another world. And yes, that was a reference to the beloved soap opera that ran from 1964 through 1999.

Brown was part of the cast of that show. She played the recurring role of Shelly Clark in 1999.

Brooke can not determine why she relapsed. Viewers have been repeatedly shown the scenes where Sheila switched labels on the alcoholic and non-alcoholic bottles of champagne.

No matter how one views Brooke, only the hardest of hard hearts would be okay with Sheila’s latest dastardly revenge plot.

The Bold And The Beautiful Updates – Why Did Brooke Logan Forrester Do It?

The subject header question is not about Brooke’s drinking, as the audience knows Sheila’s actions pushed Lang’s character over the edge. Instead, the query asks readers to decide why Brooke did not tell Ridge the truth the day he went with her to the meeting.

Of course, fear of consequences is a reasonable conclusion. But Brooke also must have considered what Ridge might do to Deacon if he learned that Kanan’s character did not stop her from willingly consuming alcohol. 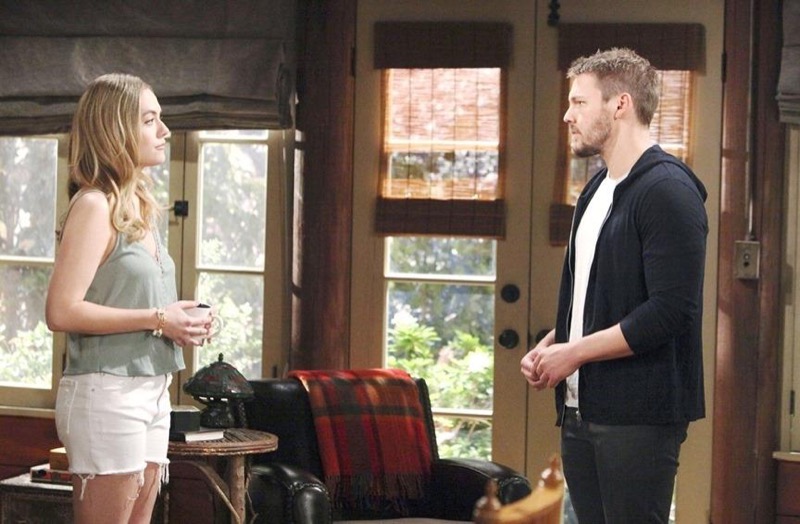 Every warning that Ridge offered pointed to something like this storyline playing out. Now that it has, Brooke appears caught in what must lead to the inevitable reveal.

Douglas Forrester Will Not Let It Go

Liam and Hope can be schmaltzy. Their lovey-dovey tones can cause some audience members’ lips to crinkle and brows to furrow.

However, the endless conversations this pairing engages in could serve as a verbal setting where a cascading reveal drops. Douglas Forrester (Henry Samiri) has twice said that he saw his grandmother kissing Santa Claus.

Hope may not dismiss Douglas’ comments as childish if she hears them directly. That scenario, or one where Douglas tells Thomas Forrester (Matthew Atkinson), would generate an adult conversation with Hope. With that, Brooke’s secret would begin to unravel.