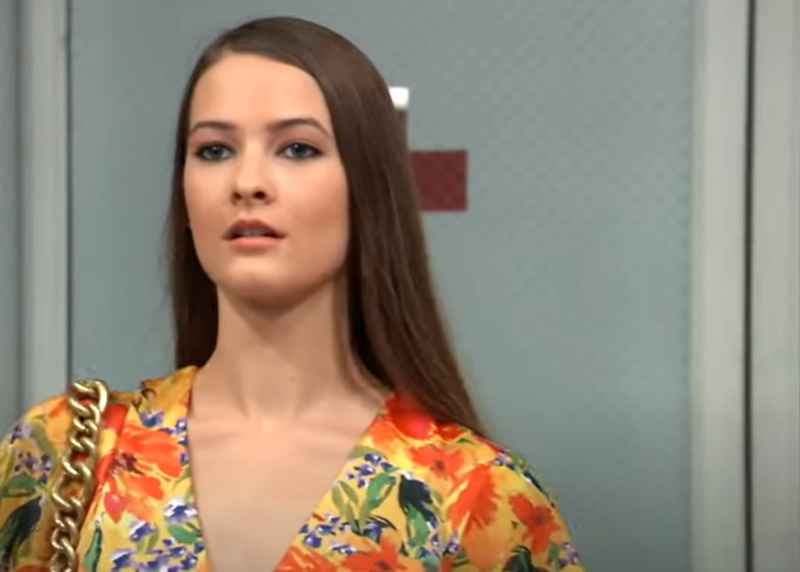 General Hospital (GH) spoilers and updates tease that Esme Prince (Avery Kristen Pohl) and Josslyn Jacks (Eden McCoy) will have a fierce confrontation in an upcoming episode of General Hospital!

General Hospital viewers will recall that Josslyn’s friends, Trina Robinson (Sydney Mikayla) and Cameron Webber (William Lipton) have been plotting to expose Spencer Cassadine (Nicholas Chavez) as Ava Cassadine’s (Maura West) stalker. Trina figured out in a recent General Hospital episode that Esme is in on it too, and called her on it as to how she would know Kiki Jerome’s (Hayley Erin) real name.

They claimed it was in the obituaries that they had seen. But that excuse didn’t ring true for Trina, and with Joss having been busy with her mother’s wedding and then her stepfather’s unexpected return from the dead, she asked Cameron to help her catch Spencer and Esme in the act. Esme then makes a bold move, and that might be something that could cause harm to Trina or Cameron, as Josslyn will be mystified by something she sees at General Hospital! That something could be one of her friends and because of something Esme has done, although she’ll never admit it!

General Hospital Updates – Esme Prince Has Been Trying To Get Close To Josslyn Jacks, She’s Having None Of It

General Hospital viewers will recall that Esme has been trying to get close to Josslyn, but she’s having none of it. Josslyn can spot a phony a mile away, and she also is very loyal to her friends. She and Spencer have known each other since childhood, and they didn’t always get along but Josslyn doesn’t want Spencer led on and hurt by Esme either.

For all she knows, Esme is nothing but a golddigger after the Cassadine money. General Hospital viewers know that Josslyn is every bit as outspoken as her mother Carly Corinthos (Laura Wright) and she doesn’t hold back! When Trina admitted hearing what Spencer had done leading her on as “Victor” and never let on that he either knew her friends or had a girlfriend, Joss was not happy. She understood why Spencer was staying under the radar because he was angry at his father, though. Nikolas Cassadine (Marcus Coloma) had played dead for several years not letting his son in the loop! 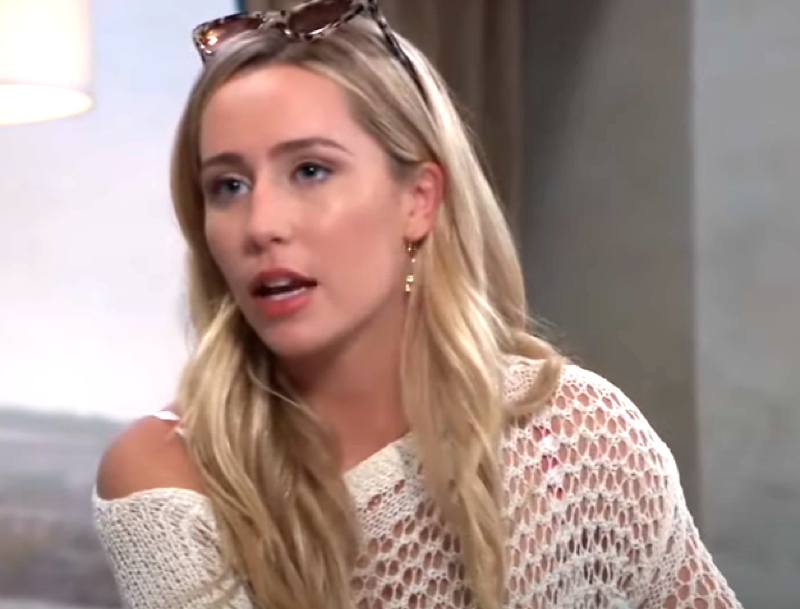 Josslyn Jacks Opens Her Mouth And Her Mother Comes Out

General Hospital viewers will see Josslyn open her mouth and her mother come out when she confronts Esme for her dirty dealings with Trina, Cameron, and even Spencer! Esme, however, seems to be a girl who can hold her own in any confrontation.

General Hospital viewers will recall that Esme was a bit disturbed when she found out Sonny Corinthos (Maurice Benard) not only is Spencer’s uncle but that he reappeared alive in Port Charles! Just wait until she finds out he’s also Josslyn’s stepfather! Sonny’s reputation obviously preceded him in Esme’s eyes! Sonny wouldn’t be real happy if he were to find out the talking teddy bear with Ryan Chamberlain’s (Jon Lindstrom) voice given to Avery Corinthos-Jerome (Ava and Grace Scarola) was Esme’s idea, either. Spencer would get a big tongue lashing as well. But Esme may not be prepared for Hurricane Carly coming full force at her out of Josslyn’s mouth! There may even be a catfight!