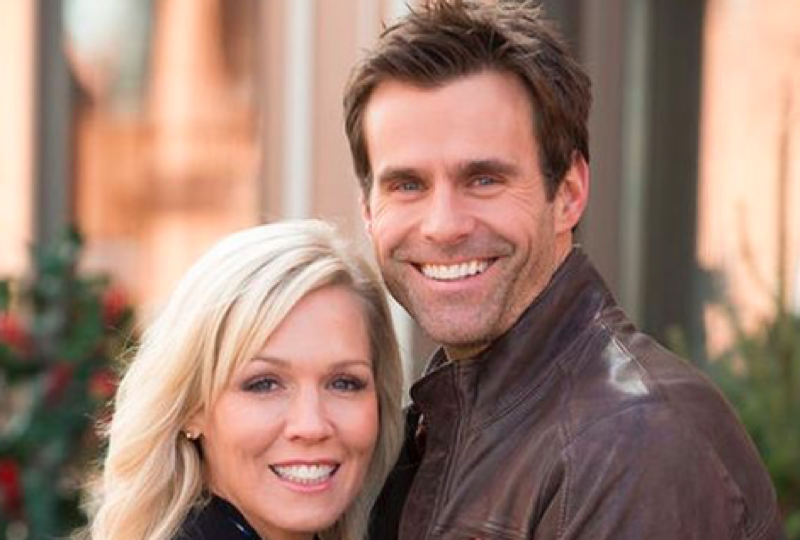 General Hospital (GH) spoilers and updates tease that Cameron Mathison (Drew Cain) has a side gig sure to please fans of the daytime actor. He and 90210’s Jennie Garth were in the 2013 ABC movie Holidaze and now they have teamed up again for a new holiday film for Hallmark.

Cameron Mathison was hunky daytime hero Ryan Lavery on All My Children for 14 years. He debuted as Ryan in 1997 and now he brings his talents to GH’s Port Charles, a New York-based sudser.

Mathison shared the great news on his Instagram story saying: “Hey everybody. Up in Vancouver about to shoot another Christmas movie with the amazing Jennie Garth. I’m super excited about it. This is a little bit of a calm before the storm. As we start shooting it gets pretty intense. I think I’m shooting 15 days worth of work in 12 days to make it back in time for ‘General Hospital.’ So lots of stuff going on. I’ll keep you updated.”

Garth acknowledged on social media that she is in Vancouver working on a movie but she didn’t divulge all the details that Mathison did. “The first day on our new movieeeee,” she posted to Instagram. “And yeah… 4:30 AM 🙀 Thank god for my hair & make-up team!”

GH fans have seen Mathison briefly, as his character is imprisoned in a dingy cell somewhere although that is about to change!

Somehow Peter August (Wes Ramsey) is involved in his imprisonment but he managed to make a call to his ex, Sam McCall (Kelly Monaco).

She and a bevy of other PC-ites are on the case, and we have no doubt that Drew will soon be busted out of his personal dungeon soon. What happens after the tough guy gets sprung?

What Happens Next in Port Charles, New York?

Anna Devane (Finola Hughes), Curtis Ashford (Donnell Turner), Dante Falconeri (Dominic Zamprogna), and Valentin Cassadine (James Patrick Stuart) are doing their best to get Drew home. But since his departure, Sam has moved on with Dante and he might have to fight for a place in her heart.

It looks like a steamy love triangle is on the horizon GH fans, tell us who you are rooting for—Team Sante or Team Dream?