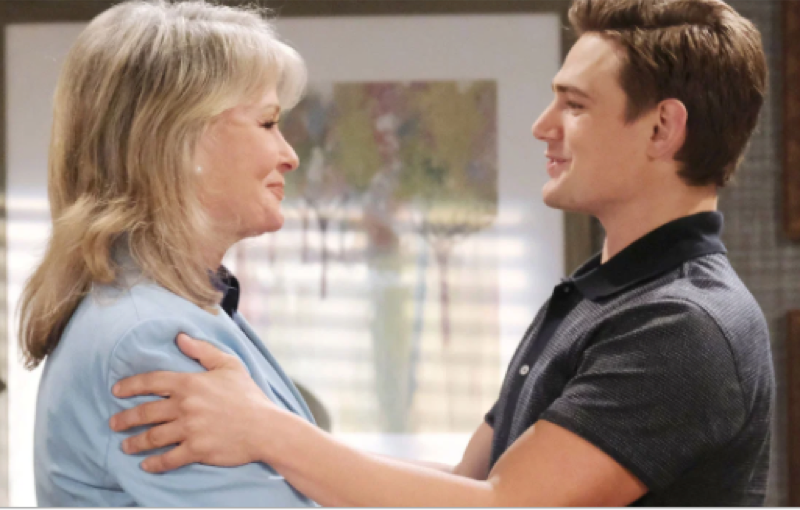 Days of Our Lives (DOOL) spoilers and updates tease that Johnny DiMera (Carson Boatman) betrays his own family to make a movie, which focuses on Sami DiMera’s (Alison Sweeney) life. The moments with the biggest impact on Sami were due to her mother, Marlena Evans (Deidre Hall). Unfortunately, Johnny is only interested in the most negative and scandalous pieces of Marlena’s history.

DOOL spoilers reveal that Johnny’s subject for the movie he plans on making is revealed during the week of September 13. The weekly preview shows Johnny explaining that his movie is about Sami’s life, which is full of wild moments. In order to explain Sami’s knee-jerk reactions and issues, Johnny had to highlight the moments with the biggest impact on Salem’s schemer. Unfortunately, this puts other people’s secrets in the movie.

Johnny slams his own father, EJ DiMera (Dan Feuerriegel) in the movie by refusing to acknowledge him. Actually, it’s more of refusing to acknowledge EJ’s importance in Sami’s life. EJ has not been very nice or supportive of Johnny’s new endeavor, so the aspiring filmmaker got revenge. Instead of featuring “Ejami” in the movie, the love of Sami’s life is named Lucas Horton (Bryan Dattilo). 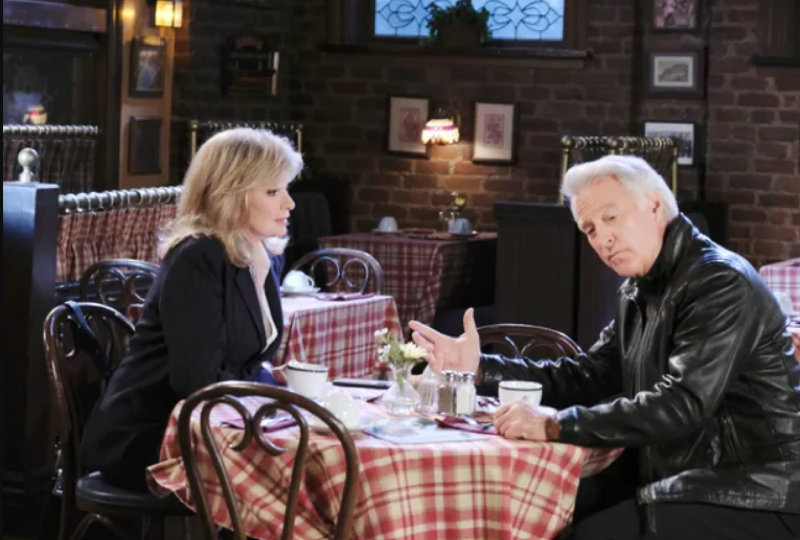 Then, Johnny moves on to “Jarlena.” The movie goes into detail about how Marlena and John Black’s (Drake Hogestyn) affair got started. It is suggested that Marlena’s demonic possession will also be part of the movie. Both of these moments are not things that Marlena is proud of, but nobody is perfect. Johnny never even asked “Jarlena” for permission to write their scandalous story into the movie.

Days Of Our Lives Spoilers – Marlena Evans’ Character And Reputation

Days of Our Lives spoilers reveal that John used to be a priest. In fact, he is the one that performed the exorcism on Marlena. When that didn’t seem to work, John tried bargaining with God. He offered to take Marlena’s place and poof, just like that Marlena was back to her old self.

Now, “Jarlena” slept together a year before the possession, which is how Belle Brady (Martha Madison) came into existence. So, going into detail about the affair, possession, or both can be damaging to both John and Marlena’s professional and personal reputations. Of course, everyone in Salem loves these two, but Johnny clearly isn’t thinking what his movie could do to innocent lives.

Not only does Johnny’s movie include the most negative parts of Marlena’s past, but the filmmaker takes things a step further. He actually sweet-talks his grandmother and tries to get her to invest money in his movie. When Marlena tells John about Johnny using their scandalous past, the former priest goes into a rage. Will Johnny change his movie so his own family isn’t exposed? We will have to keep watching the NBC soap to find out.