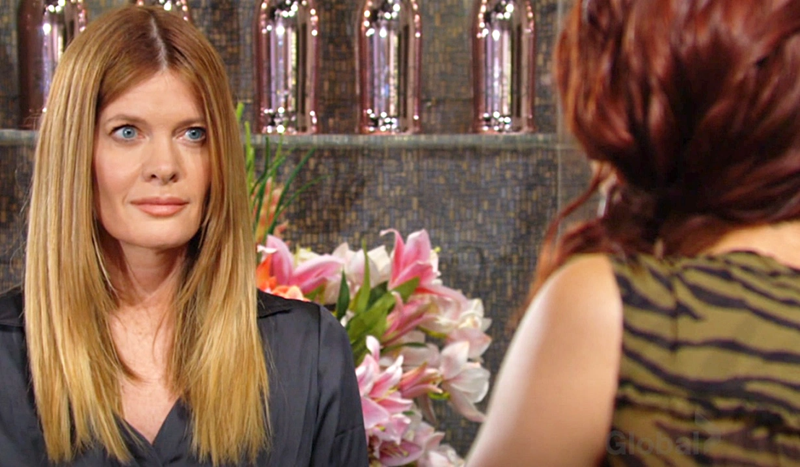 The Young and the Restless (Y&R) spoilers and updates tease that Phyllis Summers (Michelle Stafford) wants Tara Locke (Elizabeth Leiner) and Sally Spectra (Courtney Hope) exposed. However, she might have to make a compromise. It is hinted that Phyllis sends a photo to Sally, which could be used as blackmail. Then, Tara appears to have a meltdown while Sally fearfully looks on.

The Young And The Restless Spoilers – Eric Forrester’s Bombshell

Y&R spoilers reveal that Phyllis learns interesting information when meeting Angelina Marchetti (Cristina Serafini) during the week of August 2. Angelina says that Eric Forrester (John McCook) recommended Summer Newman (Hunter King) for the creative director job. This surprises Phyllis, so Eric explains that he did it as a favor to Sally. When Angelina excuses herself to take a phone call, Eric has a chance to tell Phyllis the whole story.

She is blown away by the extremes that Sally went to in order to get rid of Summer. Eric has a feeling that Phyllis isn’t just there to talk about Summer’s job. He asks “what has she done now?” The Forrester patriarch lets it slip out that they had a lot of problems with Sally as she was always scheming and manipulating. However, he declines to discuss the details with Phyllis at this point in time. 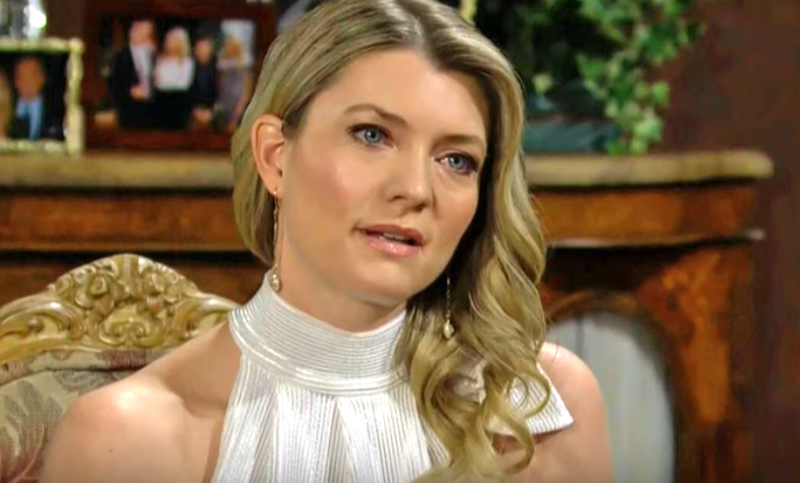 The Young And The Restless Updates – Phyllis Summers’ Photo

Before heading back to Genoa City, Phyllis takes a selfie with Eric and Angelina. Then, she sends it to Sally, who just happens to be in a meeting with Lauren Fenmore Baldwin (Tracey E. Bregman). Summers explained to Soap Opera Digest,

“It’s Phyllis’ way of saying, ‘Hey, I’m on to you.’ As far as she’s concerned, this is the last nail in Sally’s coffin… Phyllis needs to take down these girls and then she wants her daughter to come home.”

The Young And The Restless Spoilers – Sally Spectra Backed Into Corner

The Young and the Restless spoilers reveal that the photo might be used to push Sally to betray Tara. A preview clip shows Phyllis talking to an unseen person and she says matter-of-factly, “the truth is going to come out anyway.” It sounds as if Phyllis might encourage — or blackmail — Sally into revealing all the dirty details of Tara’s plan. Toward the end of the preview clip, we see additional hints that Sally could be strong-armed into crossing her partner in crime.

The Young And The Restless Updates – Tara Locke’s Meltdown

Sally and Tara are meeting to discuss their plan unraveling. Sally usually has plenty to say and tries to not show fear or nervousness. However, she is standing completely frozen with her eyes wide as Tara has a meltdown. The look on Sally’s face is one of worry, bracing herself, or even fear. Her body language suggests that she is guarding herself as if she’s bracing for the fallout.

Tara’s voice is loud, pressured, and panicked as she says nobody can ever find out about her blackmailing Summer. She adds that if the truth comes out, then her life will blow up. Sally isn’t just letting Tara vent. We are betting that she’s recording Tara talking about the blackmail.

If Phyllis did offer a deal, then what does Sally get out of it? Most likely, she will make sure that Sally isn’t fired. Tara is the one that forced Summer out of town. In Phyllis’ eyes, she needs to get rid of the bigger threat. There will be plenty of other opportunities to eliminate Sally, but she’s the lesser of two evils.