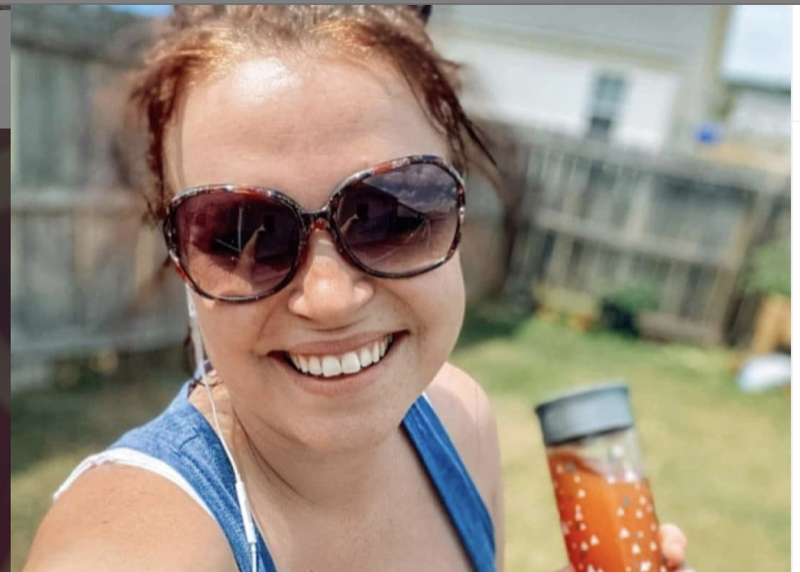 Sister Wives star Maddie Brown Brush recently moved into a new home in North Carolina and puts down some serious roots there. The kids, Axel and Evie have much more space to run around in now. Additonally, their Aunt Ysabel stays with them as she attends college in the area. Well, summer draws to a close, and the kids and their mom enjoyed an end-of-summer parade.

Maddie Brown Brush ended her college studies early and became a mom. While she still studies at home, she devotes herself to being a good mom to Axel and Evie. TLC fans adore little Evie as she’s a strong and resilient child. Recall, she arrived with FATCO syndrome and ended up with a Boyd amputation. Nowadays, she toddles around on her false foot quite confidently. So, fans of Maddie and Caleb praise them for their parenting skills.

Sister Wives fans saw that recently, Evie turned two years old. That makes her the same age as Axel when Maddie was pregnant with her second child. However, it looks like she hasn’t yet started on the terrible twos. Sunny and sweet, she and Axel get along very well. Plus, it helps that they have a fun-loving mom. When an end-of-summer parade happened, she sounded as thrilled as her kids.

Maddie Brown Brush took to her Instagram on Saturday, August 28. She shared a photo of Axel and Evie sitting on the sidewalk. Both of them grinned. Alex looked cute in blue and his little sister wore a pink outfit. In her caption, Maddie confessed, “I am a sucker for end-of-summer festivals and parades! Apparently, my kids are just as excited! 🍋” 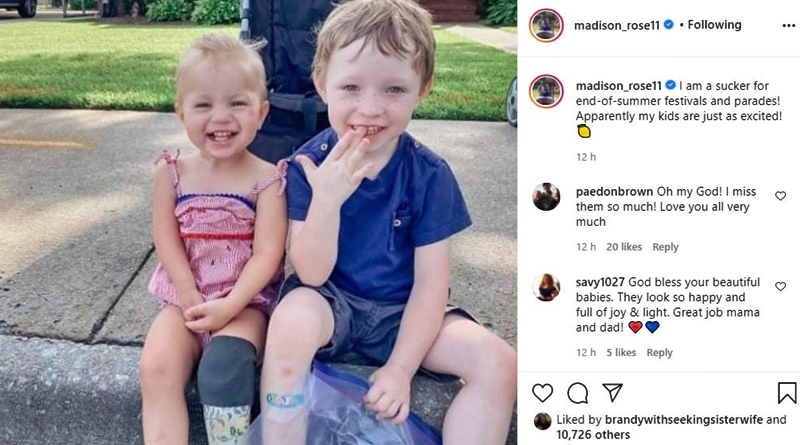 Paedon, the half-brother of the Sister Wives star wrote, “Oh my God! I miss them so much! Love you all very much.” Actually, Christine’s son seems to adore the little kids in the family. He shared some really cute photos of himself with his niece, Avalon soon after his sister Mykelti and Tony Padron welcomed their first baby.

Maddie Brown Brush fans sometimes look to her as setting parenting goals. One fan commented, “God bless your beautiful babies. They look so happy and full of joy & light. Great job mama and dad! 💗💙” Then another admiring fan wrote, “You and Caleb are such wonderful parents. Lucky children. They are just adorable. Hope you are having a lovely day.❤😍❤.”

At the end of her caption, Maddie shared an emoji of a lemon. Well, ever since Evie arrived, she and Caleb decided to take life’s lemons and make them into lemonade!

Remember to check back with us often for more news, updates, and spoilers about the cast of Sister Wives on TLC.