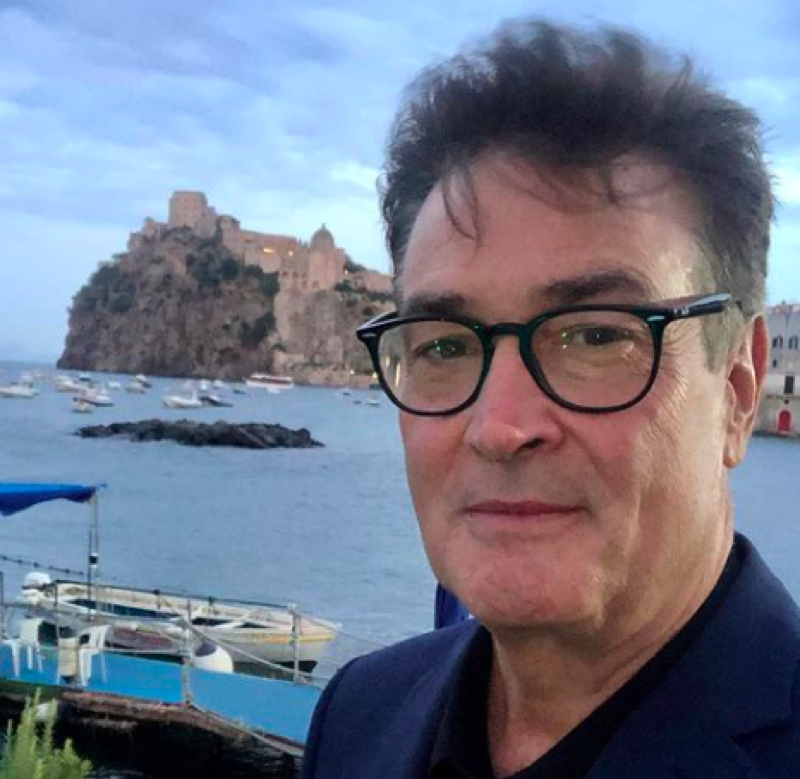 The Bold and the Beautiful (B&B) spoilers and updates tease that Daniel McVicar dropped by the set. The actor’s visit was announced by the soaDanip’s supervising producer, Casey Kasprzyk.

Kasprzyk posted a photo of him with McVicar on set with The Bold and the Beautiful logo behind them. He captioned the snap, “It’s Bucky! aka Clarke Garrison! @danielmcvicar made a surprise visit to #BoldandBeautiful. So great getting a chance to hang with him today.”

Fans may recall that McVicar played the role of Clarke Garrison. His alter ego was given the nickname of Bucky by Sally Spectra (Courtney Hope). They worked together for several years at Spectra Fashions, got married, and shared a son, CJ. Eventually, Clarke transferred to Forrester and even tied the knot with Eric Forrester’s (John McCook) daughter, Kristen Storms (Maxie Jones).

McVicar exited the soap back in 2009 and he has kept himself busy over the years. He constantly updates his fans by posting photos on social media about his travels.

Jack Finnegan’s (Ted King) worst nightmare will come true when he learns that Sheila Carter (Kimberlin Brown) changes her tune and refuses to leave LA as she promised earlier. 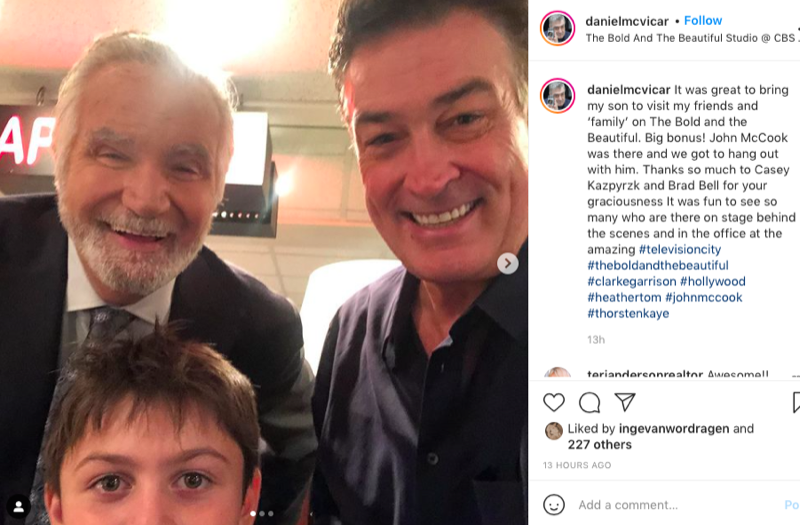 The Bold And The Beautiful Spoilers – Sheila Carter Breaks Promise

Jack managed to give her what she wanted but Sheila is making other demands, leaving him scrambling to appease her if he wants to keep his secret safe. What does Sheila want this time? Will Jack finally come clean?

Steffy Forrester (Jacqueline MacInnes Wood) and Finn’s relationship will be on the rocks. She’ll ask him to move out after she found their son in the arms of Sheila when she explicitly said that she didn’t want her to be part of their lives. Steffy will turn to Ridge Forrester (Thorsten Kaye) for comfort and he’ll be furious at Finn for what he’s done.

If Steffy has Ridge, Finn will also have Paris Buckingham (Diamond White) on his side. Finn will confide in her and he’ll get her full support. Things get worse when Steffy refuses to sign their marriage certificate, which means it won’t be filed.

Steffy won’t commit to a marriage if Sheila continues to be part of their lives. She won’t allow her to manipulate her family, which will leave Sheila in a rage.

Days Of Our Lives (DOOL) Spoilers: Johnny Likes Chanel And Wants Allie And EJ To Know