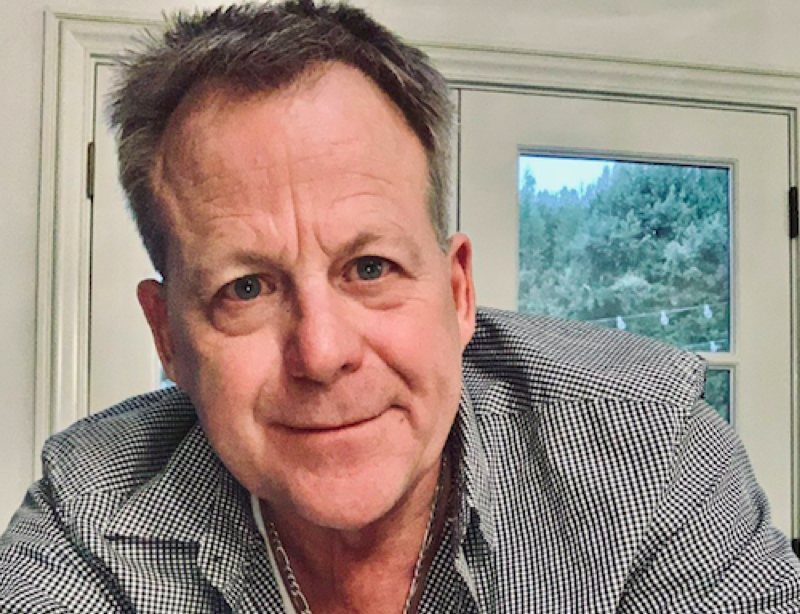 General Hospital (GH) spoilers and updates indicate that Kin Shriner has begun his 45th year as Scott Baldwin. Scott is the longest continuously running character in daytime tv. Kin took over the role of Scott in 1977 and has played him off and on ever since. Congratulations to Kin on this important anniversary.

General Hospital Spoilers – Look Back At 44 years Of Scott

General Hospital’s Kin posted a video of himself in his car with the Herb Alpert hit “Rise” playing. Long time General Hospital fans remember that song was playing the night Luke Spencer (ex-Tony Geary) raped Laura Collins (Genie Frances). Kin mentioned it was not a good song referring to the day. Kin also thanked GH fans for keeping Scott going for 45 years. Shriner got several congratulatory replies on Twitter as fans responded to his heartfelt thanks. Rebecca Herbst posted, “And a huge congrats to my friend, @kinshriner for #44 years on #GH ..talk about impressive! Thank you for always bringing adventure when we work together, Kin #44thAnniversary …just, wow.” To which Kin congratulated her on 24 years as well.

Thanks @GeneralHospital fans for 44 years !!!!!! pic.twitter.com/cRtCF6mx0B

Thanks @RebeccaLHerbst u know u are my favorite and congrats to u for 24 years @GeneralHospital https://t.co/wigV8rgiIU

Shriner Was Instrumental In Making GH Number One

General Hospital was in danger of being canceled when Scott and Laura’s helped to propel GH to the top of the daytime ratings. Luke’s sister Bobbie Spencer (Jackie Zeman) was obsessed with Scott and getting rid of Laura helped energize GH. Of course, Scott and Luke’s decades-long battler over Laura didn’t hurt things either. Luke’s decision to rape Laura caused a great deal of drama in those days as well. This love triangle was greatly responsible for GH remaining on television at that time.

General Hospital’s Shriner left GH a few times over the years but Scott has always been a part of the show in some form. Shriner returned to GH in 1981 just in time to catch the bouquet at Luke and Laura’s wedding. Shriner also starred in the GH spinoff Port Charles before later returning to GH. Scott has attempted to reunite with both Laura and Bobbie but a relationship with neither has worked out. However, Scott has now found himself in a relationship with Liesl Obrecht (Kathleen Gati) who he saved from a sexual assault from Franco Baldwin’s (ex- Roger Howarth) doctor. Liesl is the mother of Britt Westbourne (Kelly Thiebaud) was fans will recall. Gati has recently celebrated her ninth anniversary with GH as well.

Congratulations Kin on your 45th year as Scott. We hope to see you for several more.