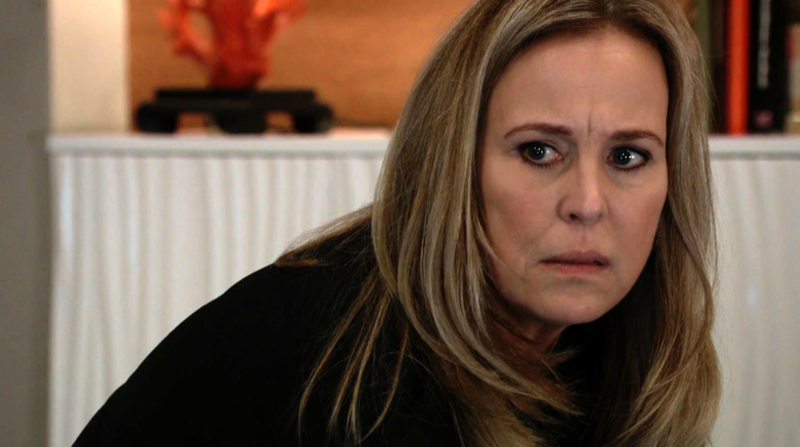 General Hospital (GH) spoilers and updates tease that Cyrus Renault (Jeff Kober) is finally facing criminal charges and should be going to prison for a very long time. Once Gladys Corbin (Bonnie Burroughs) told authorities that Cyrus paid her to lie that she saw Jason Morgan (Steve Burton) dispose of the murder weapon used to kill Franco Baldwin (Roger Howarth) when she actually saw Peter August (Wes Ramsey) Cyrus knew that his time as a free man was ending. Cyrus had been shot during a confrontation with Carly Corinthos (Laura Wright) and Jason Morgan (Steve Burton) and needed medical attention.

Cyrus broke into Dr. Portia Robinson’s (Brooke Kerr) home and forced her and her daughter Trina Robinson (Sydney Mikayla) to tend to his wounds. Eventually authorities surrounded the residence and Laura Collins (Genie Francis) offered herself as a trade for Portia and Trina.

Cyrus accepted and after a tense confrontation, Cyrus was finally apprehended and will face the one punishment he dreaded, going back to prison. Laura had done everything in her power to get Cyrus to turn himself in, but he admitted that would never happen. He would have killed them both before that happened had he not been captured. 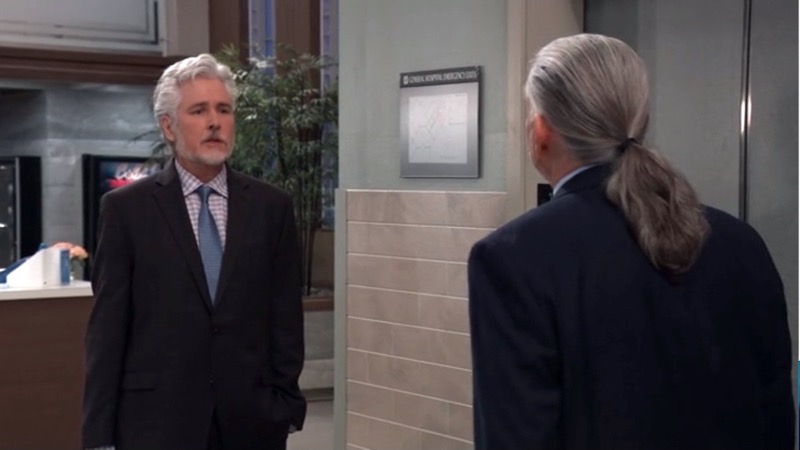 This has been quite a journey for Laura. In the course of Cyrus’ reign of terror, Laura learned that not only was Cyrus her half-brother, but so was Martin Grey (Michael E. Knight). Martin and Laura had begun to take steps to get to know each other as brother and sister, but Cyrus had intervened by revealing to Laura some of Martin’s wrong-doings. This caused Laura to take a step back from allowing Martin in her life. But after being held hostage by Cyrus, Laura may decide that it’s finally time to let Martin in her life!

General Hospital Updates – Laura Collins Is Ready To Put Cyrus Renault Behind Her!

Martin and Cyrus had grown up together so Cyrus’ incarceration will certainly have an impact on Martin as well. Martin wanted no part of Cyrus’s criminal endeavors but they are still brothers. It will be hard for Martin to see Cyrus put away, but perhaps getting to know his new sister will take some of that pain away. For Laura’s part, an adult sibling would be a nice reward for everything she has gone through because of their shared brother. Let’s hope they can make this newfound relationship work!

General Hospital Spoilers – What Do You Think?

Have we seen the last of Cyrus, at least for now? Will Laura be able to put her ordeal with her brother behind her? Can she and Martin finally form a relationship in the wake of Cyrus’s downfall? Family is complicated in Port Charles, so stay tuned to Port Charles airing weekdays on ABC. And don’t forget to check back regularly for all your General Hospital news, information and spoilers!

Days Of Our Lives (DOOL) Spoilers: Xander Decides To Use Gwen’s Secret To His Advantage