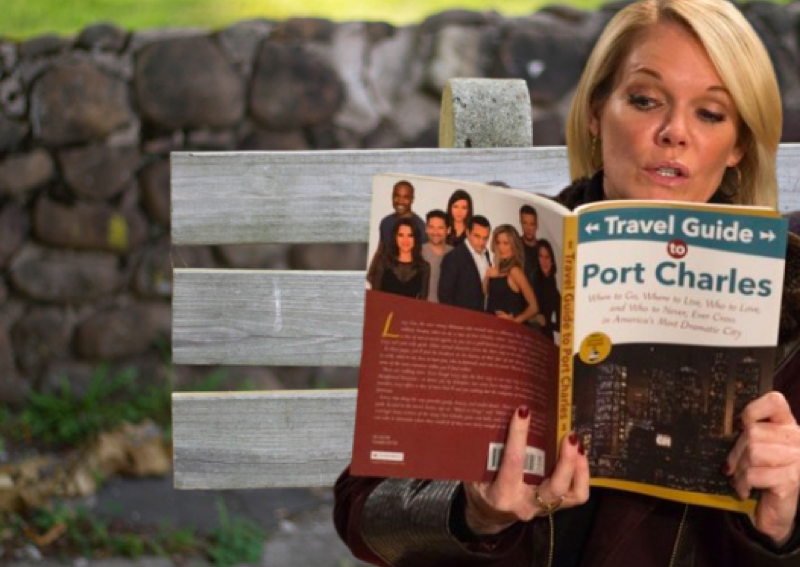 General Hospital (GH) spoilers and updates tease that dramatic happenings will take place in Port Charles between Monday, August 9, and Friday, August 20 on General Hospital. Let’s take a look at the drama forecast!

General Hospital viewers saw Naomi Dreyfus (Gigi Bermingham) arrive unexpectedly in Port Charles on Friday, August 6 after Shawn Butler (Sean Blakemore) had been trying to track her down.  General Hospital viewers will recall that this, of course, relates to his search for Hayden Barnes (Rebecca Budig) who he hopes will clear his name for the shooting several years ago that put her in a coma. Shawn will track Naomi down and see if she can shed more light on where her daughter might be, even though she told Elizabeth Baldwin (Rebecca Herbst) and Dr. Hamilton Finn (Michael Easton) she hadn’t heard from her when she dropped into Kelly’s.

General Hospital viewers will recall that Sam McCall (Kelly Monaco) has also been helping Shawn with his search for Hayden. This week at General Hospital, she’ll receive a veiled message and enlist help from Dante Falconeri (Dominic Zamprogna). This message may be about something related to Hayden, but on the other hand, it could also be something related to the visit she paid her mother, Alexis Davis (Nancy Lee Grahn) in Spring Ridge Prison last week. She and her cousin Nikolas Cassadine (Marcus Coloma) were stunned to see Harmony Miller (Inga Cadranel) helping Ryan Chamberlain (Jon Lindstrom). General Hospital viewers can imagine that she may want to give Dante a heads up about Ryan being in the same facility as her mother and request extra eyes from the police!

General Hospital viewers will recall that during the visit to Alexis, Nikolas was able to obtain a file of Ryan’s mail from Harmony. In it was a returned card from Spencer Cassadine (Nicholas Chavez) at his school in France! General Hospital viewers will recall that all the stalking gifts and acts against Ava Cassadine (Maura West) have appeared to be copycatting Ryan Chamberlain, so Nikolas will overreact about the correspondence and accuse Spencer of being in cahoots with Ryan! Spencer will note that the item is returned mail, never opened! He’ll get nervous for a hot minute but Nikolas will apologize and Spencer’s stalking secrets will be safe – for now. 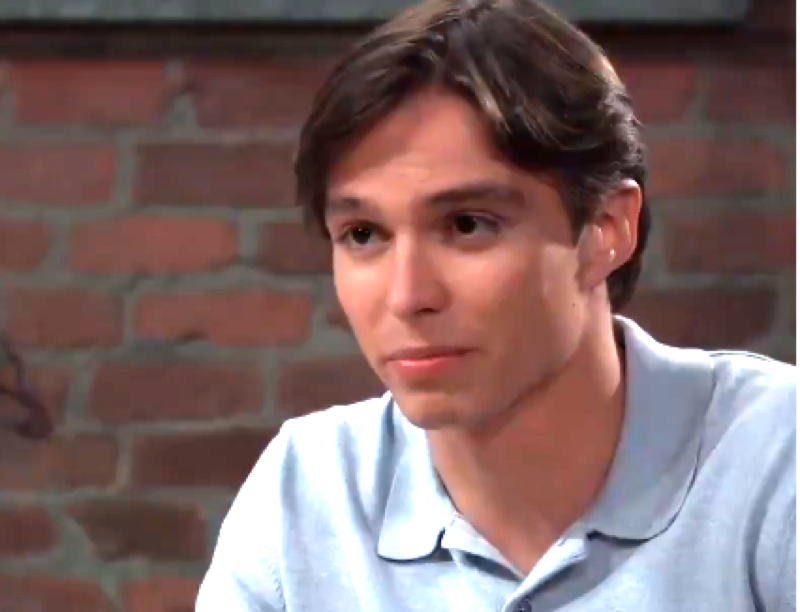 General Hospital viewers will recall that because of Stella Henry’s (Verneé Watson) meddling, Trina Robinson (Sydney Mikayla) accidentally found out the hard way that her mother, Portia Robinson (Brook Kerr) had cheated on her father, Marcus Taggert (Réal Andrews) years ago with Curtis Ashford (Donnell Turner). In spite of that, Trina will urge Spencer to plan a big party at Wyndemere.  General Hospital viewers will see that Spencer will finally bite and start making party plans while Portia tries to make amends to her daughter and Jordan Ashford (Briana Nicole Henry) shows sympathy for Portia’s situation in spite of tensions between them.

General Hospital viewers will recall that there was great concern over Joey Novak (Patrick Zeller) approaching Josslyn Jacks (Eden McCoy) and her boyfriend Cameron Webber (William Lipton) at Kelly’s in a recent episode of General Hospital. Jason Morgan (Steve Burton) and Carly Corinthos (Laura Wright) will move forward on their plans and talk about calling a special meeting of the Five Families. Jason will be under tremendous pressure and so will Carly, especially when Jasper “Jax” Jacks (Ingo Rademacher0 confronts Jason about the continued danger to Joss.

Nina Reeves And Sonny Corinthos Get Even Closer

General Hospital viewers will recall that Nina Reeves (Cynthia Watros) returned to Nixon Falls, Pennsylvania when “Mike” aka Sonny Corinthos (Maurice Benard) called her about Lenny Caulfield’s (Rif Hutton) dire diagnosis of pancreatic cancer. General Hospital viewers know that Nina was immediately returning to support her friends and in particular Phyllis Caulfield (Joyce Guy) with money for medical bills and emotional support. This experience will serve to only draw Sonny and Nina closer, and she will be determined to make a future with “Mike” work in spite of the risks.

During the week of August 16 through August 20, Spencer’s big bash at Wyndemere will backfire dangerously – for Spencer – as the truth about his stalking stunts apparently will be forced out into the open! General Hospital viewers know that the truth will always be “out” and it looks like it will for Spencer very publicly! Trina will still offer her support in spite of the truth coming out – she’ll probably just be glad that Ava’s stalker has turned out to be a bunch of hot air! Grandma Laura Collins (Genie Francis) may think a furious Nikolas is being too hard on Spencer considering he played dead without letting anyone including his own son in the loop for so many years, as General Hospital viewers will recall! Laura, however, will probably dish out some tough love on both father and grandson for their stupid stunts!

General Hospital viewers will also see Jason and Carly make a hot and fast date for their wedding, realizing time is of the essence to prove and portray a united front to the Novaks and the other four of the Five Families. This, however, will also lead to another “Jarly” announcement that will rock Port Charles!

On the heels of receiving a veiled message for which Sam McCall sought the help of Dante Falconeri, now she will receive a jarring phone call! General Hospital viewers will seek Curtis Ashford’s (Donnell Turner) help after this call, and considering Curtis is no longer in private investigator work it may be something more personal and she may want to look at his old files. General Hospital viewers will recall that Curtis was very good friends with Sam’s “late” husband Drew Cain (Cameron Mathison) – who can forget their bromance and Drew’s laughter at the big brave dude losing his stuff over a few rats in a dumpster?! Cameron has filmed some scenes that will air soon, so this call may be about Drew!

Harrison Chase And Willow Chase Deal With The Bitter Truth

General Hospital viewers will recall that the truth can really hurt after telling lies for so long, even if they are well-meaning lies! Harrison Chase (Josh Swickard) and Willow Tait Chase (Katelyn MacMullen) will deal with the bitter truth of Willow being in love with Michael Corinthos (Chad Duell), never telling Chase the truth and even marrying him, and Chase revealing he knows what happened! It may be a long time before Chase can ever trust anyone again, and this time the friendship between Chase and Michael and Willow may never heal.