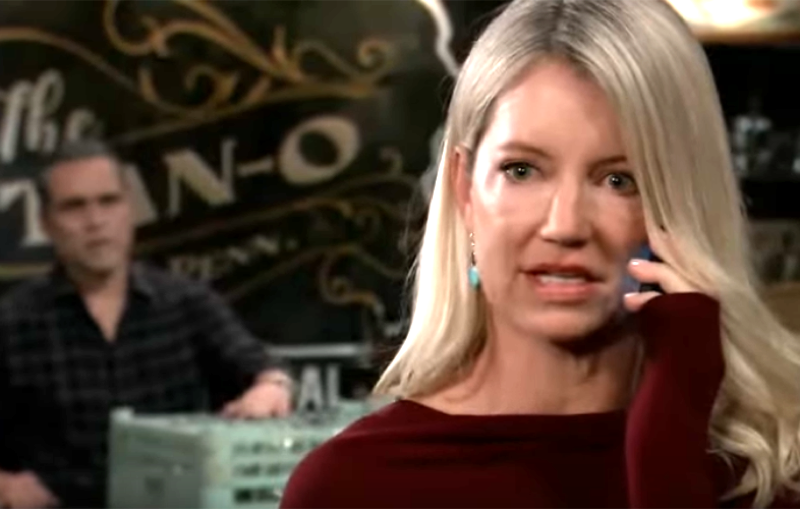 General Hospital (GH) spoilers and updates tease that Nina Reeves (Cynthia Watros) receives a video call. Not realizing that everyone, including Carly Corinthos (Laura Wright), is at Wiley Quartermaine-Corinthos’ (Theo and Erik Olson) birthday party, she answers it and Sonny Corinthos aka “Mike” (Maurice Benard) is with her. Does anyone see Sonny on the monitor?

GH spoilers reveal that Nina tells Sonny how much she misses her grandson, Wiley. It is his third birthday and she wishes that she could be there. When she mentions Wiley, Sonny tells her that he had a memory. It was just a short snippet and he’s not clear on everything but knows it centered on a loved one’s death.

Nina is aware of how strongly Sonny’s love for his family is and that’s probably why that specific memory came through. It is only a matter of time before Sonny begins to get other memories. It would be in Nina’s best interest to tell him the truth about his identity — before he has a total recall. 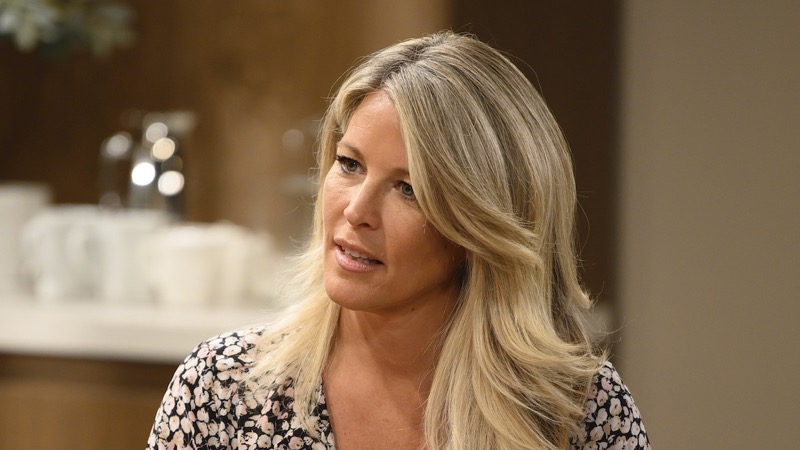 As they are talking, Nina gets a video call from Brook Lynn Quartermaine (Amanda Setton). She accepts it and wishes Wiley a happy birthday. She soon realizes that it’s not a private conversation. It is at Wiley’s birthday party and Sonny’s loved ones are in attendance. In fact, Carly is on one side of the screen and Nina is on the other. However, Nina isn’t alone while on the call. “Mike” just happens to be with her at the time. She realizes that everyone at that party, including Carly, could see Sonny in the flesh.

General Hospital spoilers reveal that Nina will do her best to hide “Mike.” However, she needs to be subtle about it or he will start asking questions. Plus, she doesn’t want anyone at the party who is watching the screen to suspect anything. Co-head writer Chris Van Etten told Soap Opera Digest that when Nina realizes the video call could expose the truth, Nina acts fast.

“It’s one thing for the camera of Nina’s mind’s eye to see Sonny, but it’s certainly another when there’s one that could provide physical, documentary proof that Sonny is alive, especially when both Sonny and Carly are on opposite ends of that camera screen!”

Based on the headline of the interview in the magazine, it is implied that Nina’s secret is still safe. She does have a very close call but manages to prevent anyone from seeing the “dead” man. However, this is just another sign that Nina needs to tell the truth. Even though she knows this, can she bring herself to tell “Mike” that his real name is Sonny and he has a wife and children in Port Charles?