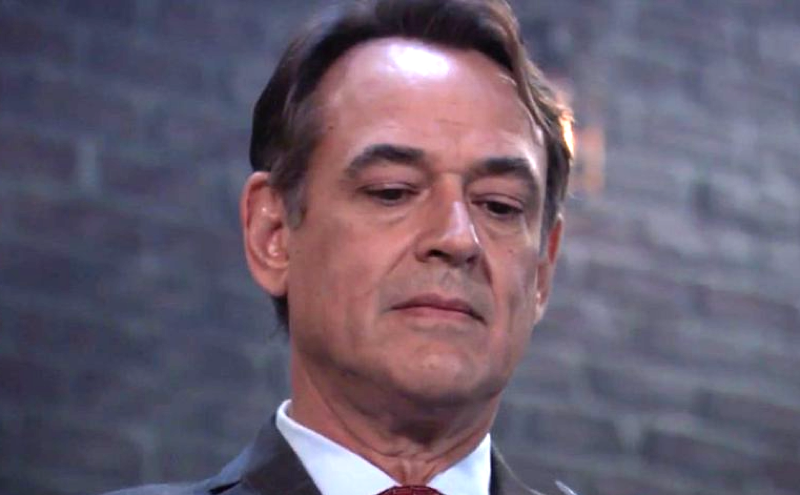 General Hospital (GH) spoilers and rumors tease that a drop of blood will be found on someone’s shoe in a future General Hospital episode – and people will wonder how it got there. There is a good chance that Ryan Chamberlain (Jon Lindstrom) will have struck again!

General Hospital viewers will recall that the stalker tricks that suggested Ryan was the culprit will not be in play in this scenario. Now that Spencer has seemingly achieved his purpose of scaring Ava Cassadine (Maura West) into pursuing a divorce from Nikolas Cassadine (Marcus Coloma) his stunts will no longer be necessary. Neither is “a drop of blood on someone’s shoe” referring to the pair of shoes that Spencer trashed in a dumpster – those were soaked with the fake blood he had rigged the Jerome Gallery sprinkler system with. No, General Hospital viewers will see that Ryan Chamberlain really isn’t as “locked-in” as he has been diagnosed – but, unfortunately, many will continue to be fooled by his ruse and put the blame on a copycat! 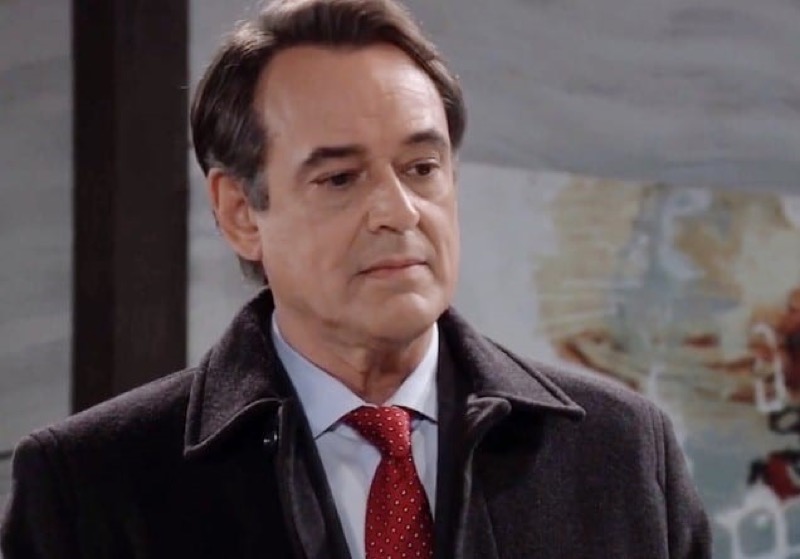 This was after Ava had tested him with her long, sharp, claws of fingernails and she dug into his remaining hand and lower arms nearly hard enough to draw blood! Ryan never flinched, but he did smirk when he was being wheeled out. As Alexis was advised by Harmony Miller (Inga Cadranel) in a recent episode, Ryan can think, reason, and feel, but he cannot do anything but blink to communicate or to react. That means he can’t smirk, which means he’s faking! DVX training could account for his ability to not react to pain, or he could have taught himself as well!

Blood Drops Down From The Ceiling Onto Someone’s Shoe

General Hospital viewers could see a situation where blood drips down from a ceiling onto someone’s shoe. Ryan would not be careless enough to miss a drop of blood on his own shoe after having killed someone, and General Hospital viewers will recall that because of his medical training, he was able to stab someone to death leaving little or no blood to clean up off himself at the crime scene. He is skilled in not leaving blood spatter! However, if this were to happen in Spring Ridge, and perhaps a guard, unfortunately, got in his way, he may be forced to stash his kill in the ductwork of the facility, and with only one hand he may be a little slower than he once was! Ryan is nothing if not precise and calculating, and he has an enormous narcissistic ego to go with it. It would be just like Ryan Chamberlain to secretly gloat after having killed someone right under the noses of the authorities, knowing that he would never be suspected! On the other hand, it may be his enormous ego that causes him to perhaps be a little sloppier with this kill so that it won’t fit his MO just in case someone does suspect him!

Days Of Our Lives (DOOL) Spoilers: Ava Is Frightened That She Will Lose Rafe