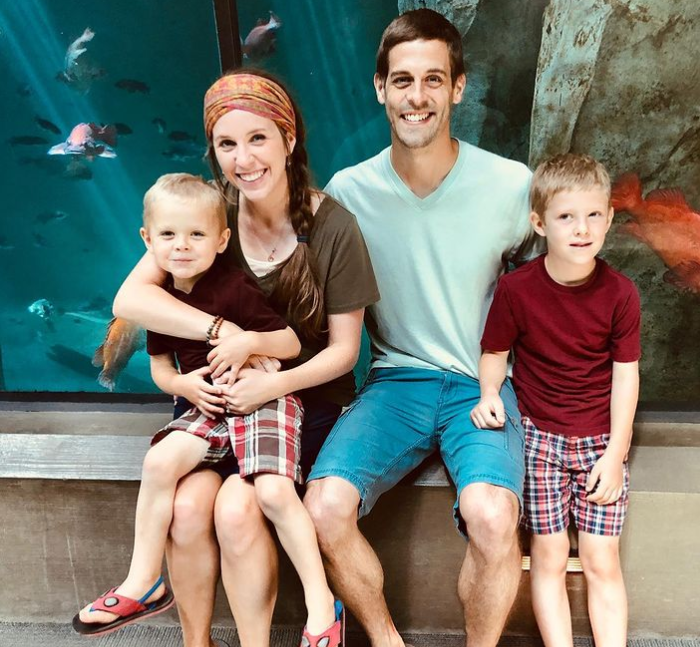 Counting On spoilers and updates fans know that Jill Dillard and her husband Derick diverged from the ways of Jim Bob Duggar and sent Israel to a public school. That news came in February 2020 when she enrolled him in kindergarten. Actually, Derick also attended a public school, so that possibly influenced their decision. Now she talked about the kids’ education in 2021. Is Sam going to public school as well?

The news that Jill enrolled Israel in public school came when he was just a few months shy of turning five years old. Four at the time, he was the same age as his little brother Sam in 2021. Well, Israel started at school in September last year, and he took to it like a duck to water. That shouldn’t surprise TLC fans. After all, he had a devoted homeschool teacher in his mom Jill. Plus, his dad’s really intelligent, with two degrees under his belt. Now he’s six years old, he just entered Grade 1.

Counting On fans saw that Derick and Jill Dillard went all out for Sam’s birthday. When he turned four years old this summer, Uncle James came around with his real, fire truck. The family went for a ride on it. Then in the afternoon, the neighborhood kids gathered around as they fired off the water pumps. At the time, nothing was said about possibly enrolling Sam in public school.

Counting On Updates – Will Counting On Kid Sam Go To Public School in 2021?

The news that Israel moved up to 1st Grade came from Jill this week. She explained how he walked the dog Fenna to school. But when he never came out, the dog looked very puzzled. He seemed happy enough to return to the classroom. However, she continues to teach Sam at home for now. Perhaps when he gets closer to his fifth birthday, she might let TLC fans if he also goes to public school for kindergarten. 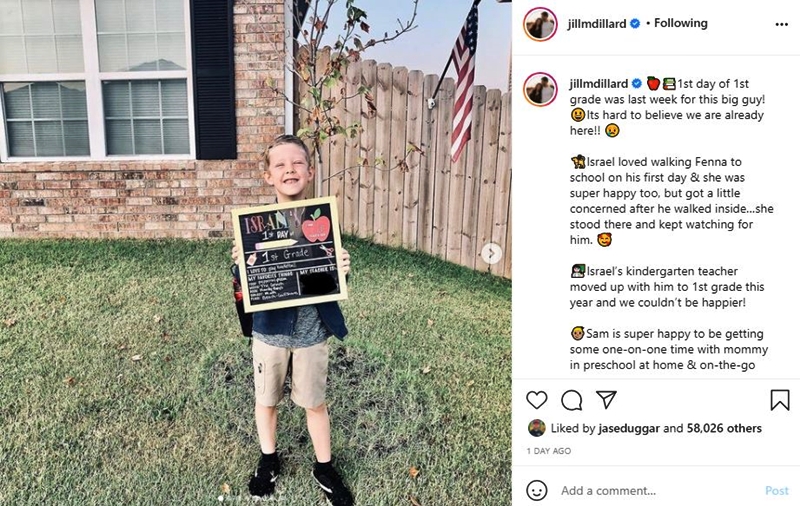 Counting On fans know that Jill Dillard taught Sam at home last year, and now she said that she sticks with that. Her post noted, “Sam is super happy to be getting some one-on-one time with mommy in preschool at home & on-the-go with regular library visits and fun classes they offer!“

Jill also told her fans that “Israel’s kindergarten teacher moved up with him to 1st grade this year and we couldn’t be happier!” Fans seemed a bit amazed that he entered Grade 1. One of them wrote, “How is he in 1st grade already?!” Then another fan commented, “Looks like your little man is super excited to be going back! 😍”

Remember to check back with us often for more news, updates, and spoilers about the former cast of Counting On on TLC.