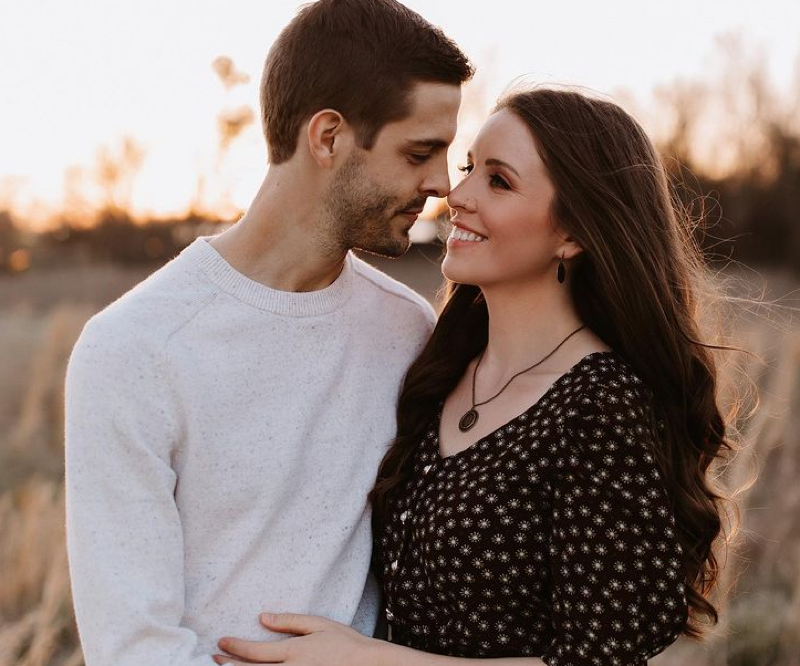 Counting On spoilers and updates tease that Derick and Jill Dillard appear to be really good parents. When it came to Sam’s 4th birthday this week, they pulled out the stops and gave their son a wonderful day. With nice gifts from his grandparents, the help of James Duggar, and their own efforts, it sounds like a birthday to remember.

Probably, many kids on the planet might wish they were Sam this week. His birthday seemed much more organized than his brother Israel’s earlier this year. Mind you, Israel enjoyed his birthday a lot as well. He seemed especially proud that he went to Pre-K where his name was called out on his special day. Additionally, he also got to play with Sam and other friends on his little brother’s birthday.

The Counting On kid even got some gifts from Michelle Duggar. Fans know that things were tense between Jill and her parents, Michelle and Jim Bob. So, she especially mentioned that her mom gave Sam some gifts. However, she wasn’t at the actual party. Nevertheless, other Duggar uncles and aunts arrived and members of the local community.

Rumors abound that Jana Duggar stays with the Wissmann family in Nebraska at the moment. Well, she obviously visits Arkansas if that’s the case, as she also attended Sam’s birthday. In her post, JIll said that “Aunt @janamduggar came too.” Gifts from family and friends included Derick and Sam chowing down on all of Sam’s favorite snacks. 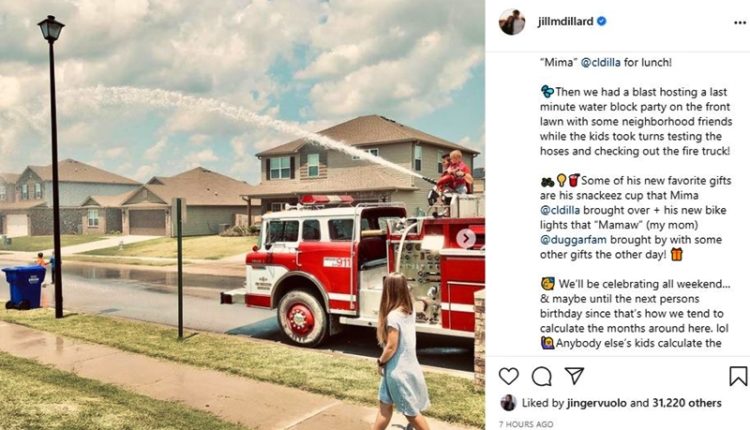 Counting On fans heard that Sam received a “snackeez cup” from his Mima, Cathy Dillard. Meanwhile, Michelle gave him some new lights for his bike. Actually, that sounds like a very well-thought-out present as Sam recently learned to ride without safety wheels. The biggest event of the day seemed to be when Uncle James Duggar arrived in his real red and white fire truck.

Pumping The Water Hoses And More

The family at the Counting On birthday party climbed aboard the fire truck and all they drove down to Chick-fil-A. Jill and Derick Dillard then arranged some demonstrations of the fire truck shooting out water. Actually, one photo revealed that the kids climbed atop the truck and helped with the hoses.

Jill explained, they had  a  “water block party on the front lawn with some neighborhood friends while the kids took turns testing the hoses and checking out the fire truck!”

Right now, we’re willing to bet all the kids in the nearby houses wish they had access to Uncle James and his truck.

Remember to check back with us often for more news about the family of Derick and Jill Dillard formerly on TLC’s Counting On.