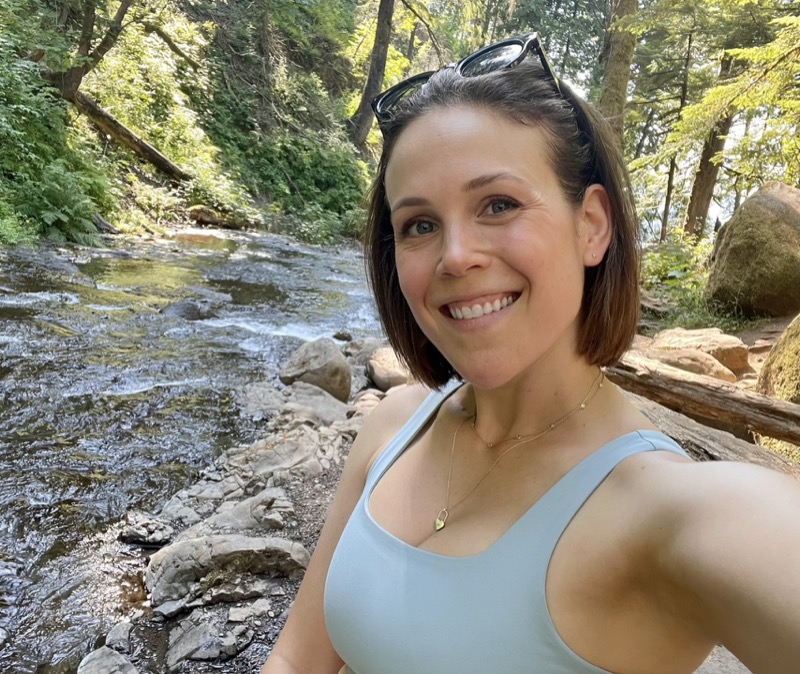 When Calls the Heart (WCTH) spoilers and updates tease that Erin Krakow, who plays Elizabeth Thornton, is on her way to Hope Valley. The actress posted a photo of her en route to the set. But unlike other years where she travels by plane, the actress is heading to the set via car.

When Calls The Heart is set to begin its production on July 21. The actress confirmed that she’s on her way to the set of Hope Valley through a post on Twitter. Krakow always shares a beginning-of-filming selfie. She captioned her photo, “#PlainSelfieNotaPlaneSelfie. See you soon Hope Valley.”

Fans were quick to comment on her post. One follower wished her a safe trip and thanked her for providing viewers with a wonderful show.

“You and the entire cast & crew are truly amazing at what you do! Can’t wait to see E&L’s story unfold,” one fan said.

Another fan took the time to create a collage of Krakow’s annual selfie. It included her photos from season one to season 9. 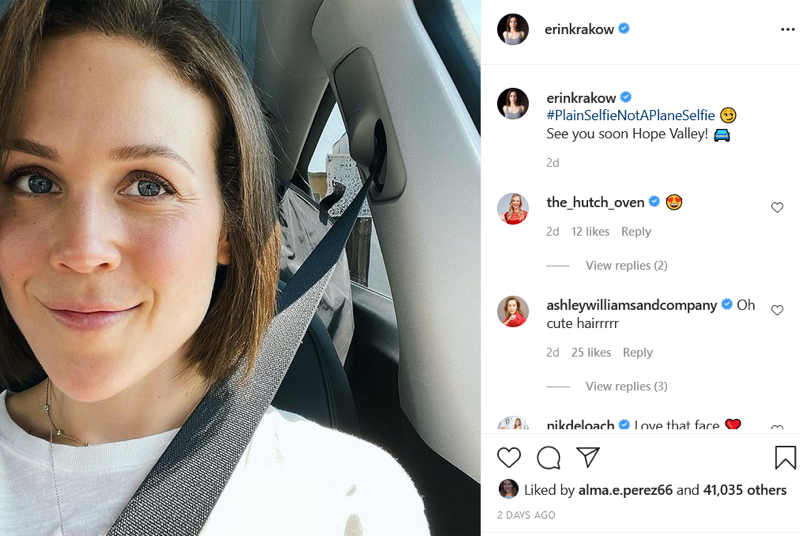 Other cast members shared their photos, too, including Andrea Brooks. On her Instagram page, the actress, who’s returning to the show as Faith, posted a snap too, which captioned, “Been taking selfies with Barbara in front of this mirror for a lot of years now. Here we go again! It’s almost time. #hearties #fittings.”

Director Peter DeLuise reposted a behind-the-scenes photo shared by Pascale Hutton in Rosemary and Lee’s shared new office. He also shared pictures of vintage vehicles that have been used in the series while they’re being maintained. He shared a snap of the fruit and produce stand, the Queen of Hearts’ menu, and the preparation of the Mercantile.

The TV series will be filmed at the Jamestown movie set in Canada. The MacInnes Farms spans 96 acres and is located in Langley, British Columbia. The preparations are underway for the next season but fans have to wait for a while before they see new episodes.

What To Expect On Season 9

When Calls the Heart is expected to air in 2022. Although new episodes are always aired around February, there’s no official announcement yet as for the premiere date of season 9.

But, co-creator Brian Bird teased that fans have a lot to look forward to. “We’re excited. We’ve got lots of great stories to tell. We’ve set up lots of mysteries in season 8 that still need to be answered,” he hinted.