The Bold And The Beautiful (B&B) Spoilers: Will Wyatt and Flo Accept Quinn’s Love Affair with Carter? 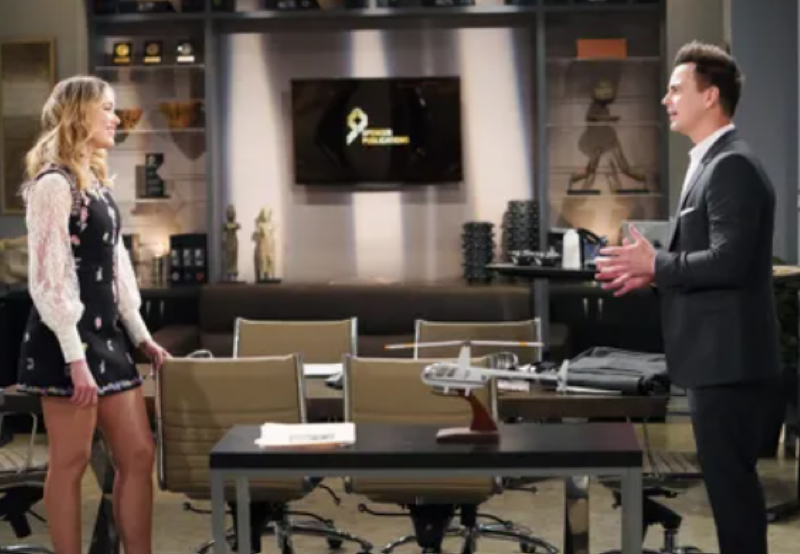 The Bold and the Beautiful (B&B) spoilers and updates tease that Wyatt Spencer (Darin Brooks) and Flo Logan (Katrina Bowden) finally received some screen time this summer. This sweet couple has been doing well and appeared on a path to marriage.

Possibly because Wo or Flyatt if one prefers, is doing well they didn’t represent enough drama potential to warrant much plot space in recent months. Flo’s kidnapping being ancient history, dating back to the production shutdown era of last summer. So, it’s fair to wonder if Wyatt’s mother is now taking center stage, just as her son seemed ready to return to that spot?

The Bold And The Beautiful Spoilers – Sally Spectra Is Long Gone

Sally Spectra (Courtney Hope) was the red thorn in Wyatt’s side as of this time last year. But Flo was able to withstand being hit over the head and held captive by Sally and Penny Escobar (Monica Ruiz).

Wyatt was never in love with Sally. He liked her, but she had very strong feelings for him. Actually Hope’s character could be described as being obsessive toward Wyatt. That assessment is offered when considering her faked terminal illness scam that Penny foolishly agreed to be part of in exchange for fashion world introductions that never materialized.

The above was used to reinforce that Wyatt’s soul mate was and remains Flo. 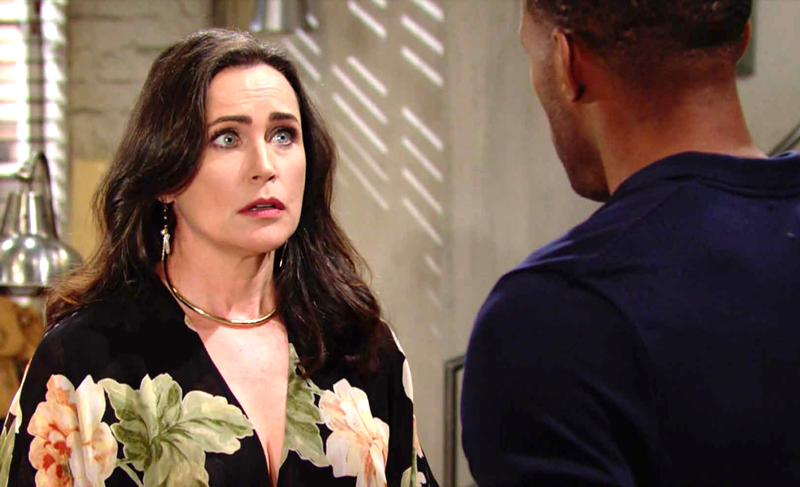 The focus couldn’t be on Wyatt during recent months because of Liam Spencer (Scott Clifton) and Bill Spencer’s (Don Diamont) predicament. Both men landed in prison after Vincent Walker (Joe LoCicero) tried to frame Clifton’s character.

The audience saw that Wyatt was tasked with far too many responsibilities at Spencer Publications. But Wyatt’s business plate has been cleared now that Liam and Bill are legally cleared.

Bill is running the empire again and Liam is back in his slot at the family business. A return to normal operations allows Wyatt to focus on his job and also his personal life.

It would in inaccurate to say the Quarter dropped because Quinn Fuller (Rena Sofer) and Carter Walton (Lawrence Saint-Victor) are still involved. They’ve returned to clandestine meetings, despite what Eric Forrester (John McCook) demanded.

This could mean that Carter’s dangerous pursuit of the woman Eric forbid him to be involved with will play out for a number of months on B&B. If so, anticipated wedding plans or at least a greater focus on Wyatt and Flo won’t happen.

But maybe there is enough room in the scripts for Quinn’s drama and Wyatt’s upbeat storyline with Flo. Both stories would represent an interesting contrast in the daytime.