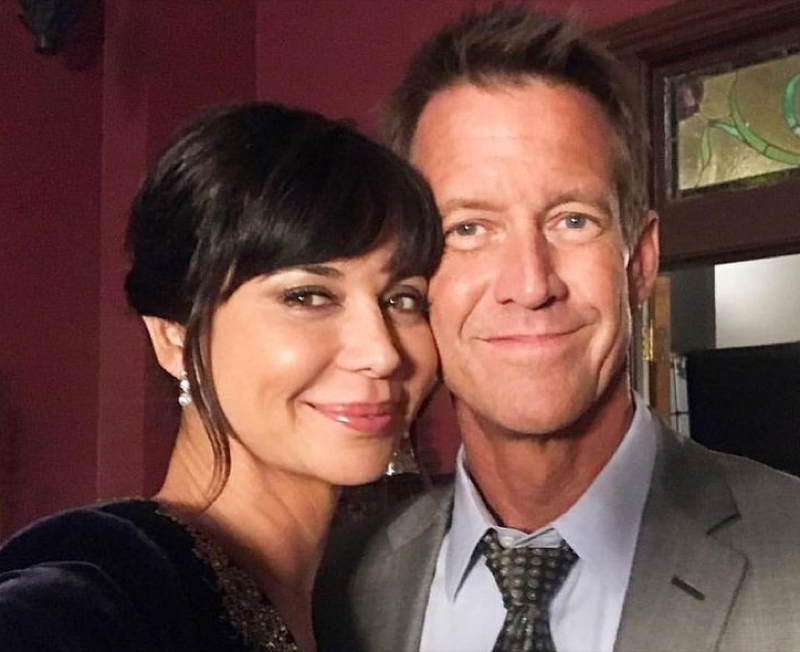 Good Witch Spoilers spoilers and updates that after a 13-year run, Hallmark has canceled the franchise. The Good Witch started as a movie franchise and warped into a series while movies were continuing to be produced. However, the series has no come to an end and the stars are speaking out.

Good Witch’s Catherine Bell chose to quote Dr. Suess when she learned of the show’s cancellation. “Don’t cry because it’s over. Smile because it happened!” Bell went on to say, “I know we will all miss the Good Witch and all the amazing characters and stories. But I am definitely smiling because it happened.” Bell has been a part of The Good Witch since 2008 and says she is grateful to have been a part of this remarkable series. She goes on to praise the cast, crew, producers, and network. Catherine says that everyone associated with the series felt like family. Belle also praises her character, Cassie Nightingale, “as a woman who was always positive, inspiring, and uplifting.” 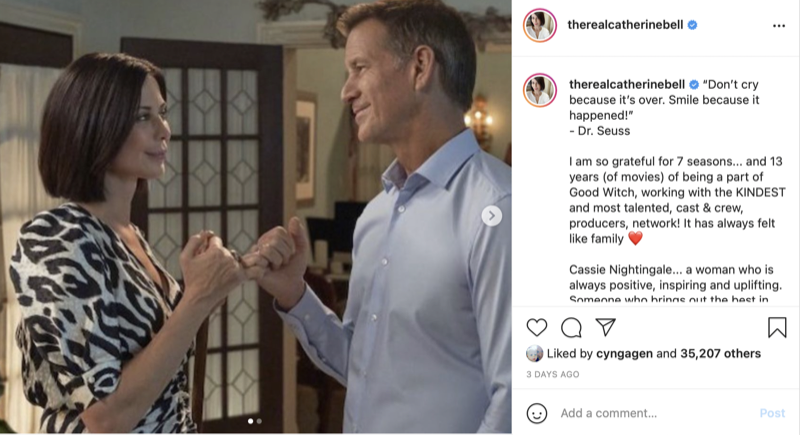 Good Witch’s James Denton says he has been fortunate to be on other long-running series, but the Good Witch was special. Denton doesn’t believe it would be right to complain after the series has run for several years before it was canceled. Denton has been with the series for seven years as well. Denton says he is disappointed for the fans because they are so loyal and the actors appreciate all of their vocal support. Denton goes on to praise the cast as the nicest collection of wildly talented people around. Denton says he also has two moves to make for Hallmark so he isn’t saying goodbye just yet.

The Cancellation Was Announced Friday

The cancellation of the Good Witch was announced Friday, July 9th although fans had hoped the series would be renewed for another year. This season had been set to center around solving the mystery of the little purple bags that turned up last season. However, now the series will wrap up with “The Wedding” as the Merriwick cousins get ready to confront a force that is putting their family legacy at risk. Unfortunately, the series will wrap up long before fans wanted since the wedding is on July 25th at 9 p.m. on the Hallmark channel.

Since the series has ended, one could assume that there will be no more Good Witch movies. However, this has not been officially announced yet. Some series often have specials after cancellation and this could be the case with Good Witch. However, we will have to pass this information on as it becomes available.

Be sure to catch up on everything happening with Good Witch right now. Come back here often for Good Witch spoilers, news, and updates.