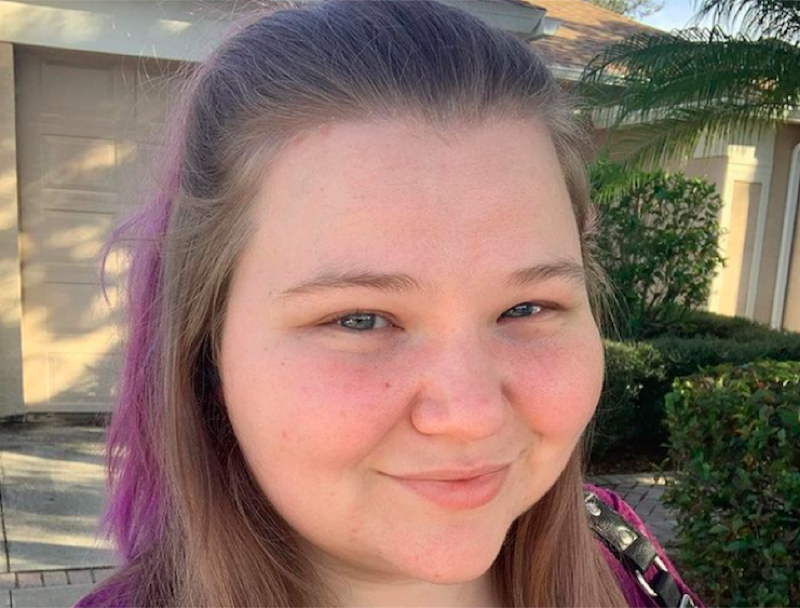 90 Day Fiancé spoilers and updates tease that former cast members Nicole Nafziger and Azan Tefou officially ended their romance. The ex-couple has been bombarded with split rumors in the past, so much so that it’s hard to keep up with their real status.

But now, Nicole herself confirmed that things are over between her and Azan. She’s now focusing on other things and some fans think it’s the right thing to do.

Nicole Nafziger ended the longstanding split rumors between her and Azan Tefou. The 90 Day Fiancé alum took to Instagram and issued a statement about the breakup.

Nicole shared an infamous “#LinkInBio” post confirming the sad news. The mother of one claimed she and Azan “have decided to go [their] separate ways.”

“We had much love and respect for each other, but we weren’t without our faults,” the 90 Day Fiancé celeb added. “Unfortunately, we can no longer continue our journey together.”

Nicole also asked fans to give her and Azan their much-needed privacy during such a trying time. “This may be a shock to many because we stayed strong for so long through it all,” she added. “But as we move forward and heal, we ask that you respect both parties and not constantly ask about it.” 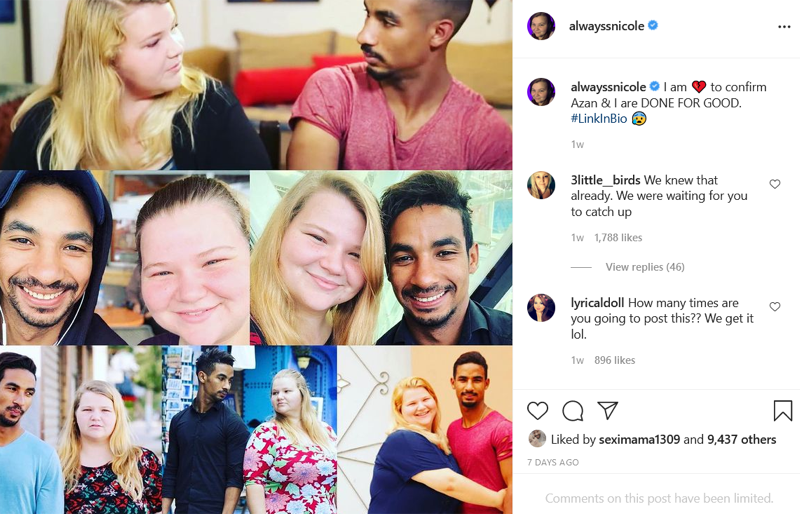 Even before Nicole Nafziger confirmed the split, she has been living her best life back in America. The 90 Day Fiancé star keeps herself busy with the things she loves to do most.

Recently, the reality star gets into live-streaming her video gameplays on Twitch. She spends most of her time there now instead of on Instagram. It’s unclear if she gets to monetize her videos there.

The 90 Day Fiancé star also spends a lot of time with her daughter, May. Nicole often shares photos of her little girl enjoying outdoor activities, like swimming in the pool and going to parks.

As for Azan Tefou, he seems to be doing quite well. The 90 Day Fiancé celeb is more active on Instagram lately, which is a far cry from before.

Azan often shares photos and videos of himself at the gym, showing off his toned body. He also likes to share inspirational quotes on his page. It’s unclear if some of them were directed to Nicole.