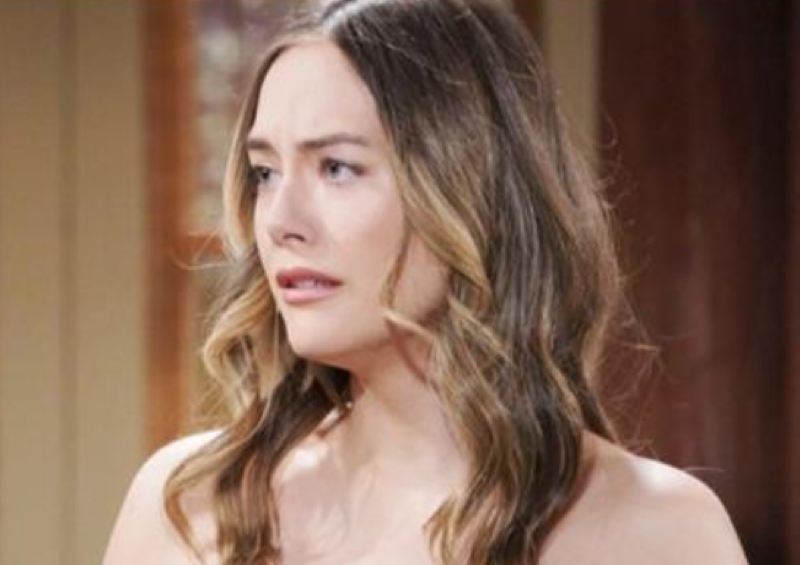 The Bold and the Beautiful (B&B) spoilers and updates tease that Hope Spencer (Annika Noelle) lives and breaths Liam Spencer (Scott Clifton). He’s the father of her daughter, Beth Spencer (Madeline Valdez and River Davidson), and a multiple-time husband.

Lope is clearly the only coupling Hope wants. But for the moment her husband is a jailbird. So, prison visits are the only shared moments this pairing is going to have for a while.

The Bold And The Beautiful Spoilers – Liam Spencer Lacked Courage

It was fully understandable that Liam didn’t report hitting Vincent Walker (Joe LoCicero) in the immediate aftermath of the scene on Mulholland Drive. Clifton’s character was unconscious, which is what he could have told the authorities after he woke up in the passenger’s seat of his father’s car.

Deputy Chief Bradley Baker (Dan Martin) probably would have believed Liam, even if he called in the accident from Bill Spencer’s (Don Diamont) house later that evening. But Liam lacked the courage to do so. It was that choice, rather than the one when he was first regaining his senses in the car, that put him in a cell now. 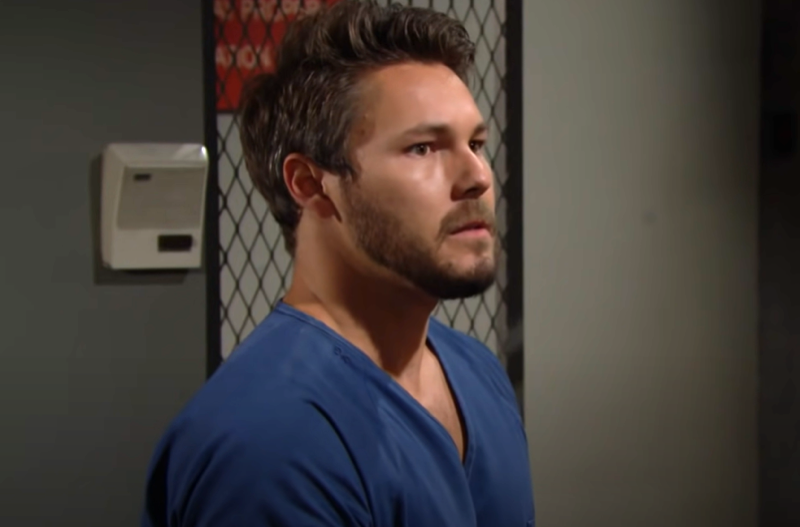 Liam wasn’t Bill’s puppet. While he’s very intimidating, Bill was not responsible for Liam’s decision to withhold information from the Deputy Chief when he questioned him at Spencer Publications a number of weeks ago.

Yes, Bill was present when that happened. And yes, Bill interrupted Martin’s character in order to take control of the light interrogation so that Liam could truthfully answer the questions that he fed him. But Liam had free will and didn’t exert it.

Bill wasn’t pulling Liam’s strings. Clifton’s character didn’t have the moral courage to admit what happened for many weeks. Then, after Liam told Hope the truth, his choice became clear.

Hope Spencer Is An Enabler?

Hope’s presence caused Liam to will himself to do what’s right and confess. But it’s also fair to ask if Hope is an enabler?

Noelle’s character is trying to place all the blame on Bill, believing that Liam did nothing wrong. Hope believes that the charges of withholding information should be erased because Bill created and enforced a cover-up.

Hope is arguing that her husband has no free will because she’s often been the person, like Bill, who has directed Liam’s actions. She knows that Liam is persuadable. But that doesn’t make him innocent in this particular set of circumstances.

So, the recent reconciliation and remarriage that Lope achieved have been wrecked. Regardless of what Hope thinks, with her support naturally being with her soul mate, Liam is guilty and therefore is responsible for Lope’s reunion being wrecked.

Days Of Our Lives (DOOL) Spoilers: DiMera Board’s Decision, Kate Lies To Jake About Her Vote