Days Of Our Lives (DOOL) Spoilers: DiMera Board’s Decision, Kate Lies To Jake About Her Vote 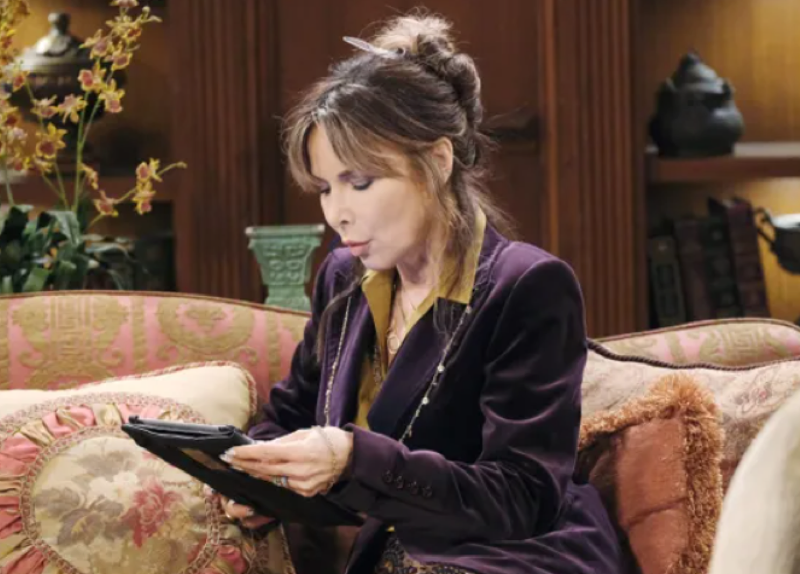 Days of Our Lives (DOOL) spoilers and updates tease that the DiMera board will have to make a decision about the CEO position. EJ DiMera (Dan Feuerriegel) wants the position back after all of these years. Jake DiMera (Brandon Barash) is worried and talks to Kate Roberts DiMera (Lauren Koslow), who promises that she will vote for him. However, Jake is going to get a nasty shock.

DOOL spoilers reveal that Kate is bitter and angry with both Jake and Gabi Hernandez (Camila Banus). She feels heartbroken, as well as humiliating. She is faking memory loss and blindness. However, she’s not trying to keep Jake by her side. She is trying to make him suffer and she gets a surprising opportunity when EJ returns to Salem.

Tony DiMera (Thaao Penghlis) tells EJ that Jake is the current CEO of DiMera Enterprises. EJ and Jake have never met. However, EJ doesn’t view him as family. He views him as an outsider. A car mechanic who somehow now has the position of CEO. Tony says that Jake is driving the company into the ground. Then, he informs EJ that Gabi owns the mansion since she is Stefan DiMera’s (also played by Barash) widow.

Even though EJ planned on taking Sami DiMera (Alison Sweeney) back to Rome, this information changes everything. 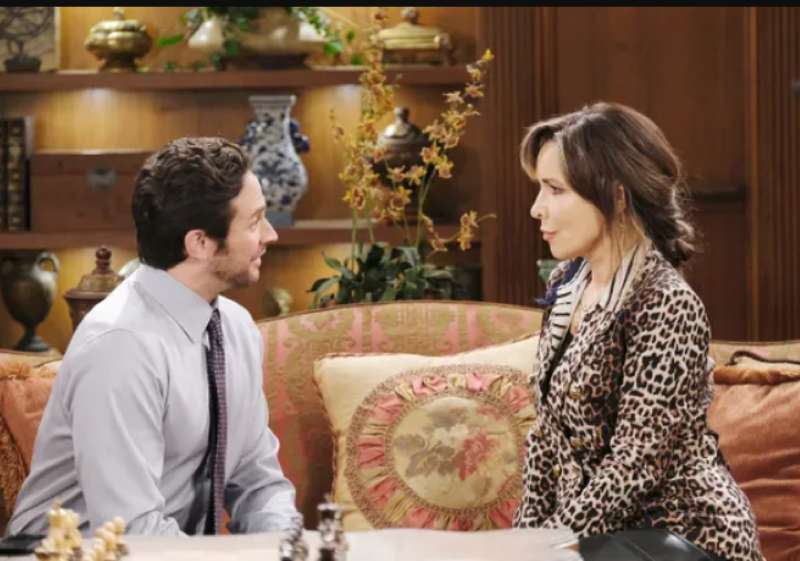 Days Of Our Lives Spoilers – Lying To Jake DiMera

Days of Our Lives spoilers during the week of June 21 reveal that the DiMera board will be voting on the CEO situation. Jake is worried and confides in Kate, a person that he believes is on his side. Kate will lie to him and assure him that she’s voting for Jake. However, viewers know that Kate would love it if Jake suddenly lost everything. The first step to that is stripping him of the CEO position and salary.

Gabi and Kate know each other very well. In fact, Gabi begins to suspect that Kate is playing a game with Jake. However, she won’t be able to get him to see it. This is just the beginning of Kate’s revenge. Gabi not only knows Kate’s style when it comes to playing games, but she fights just as dirty.

We expect Gabi to fight back, but can “Jabriella”  really compete? It’s just the two of them battling EJ, Kate, Tony, Anna DiMera (Leann Hunley), and Chad DiMera (Billy Flynn). It looks like an unfair fight that will leave Jake and Gabi out in the cold. However, maybe they will surprise us. We will have to keep watching the NBC soap to find out what happens next.

Be sure to catch up on everything happening with DOOL news right now. Come back often for Days of Our Lives spoilers, news, and updates.