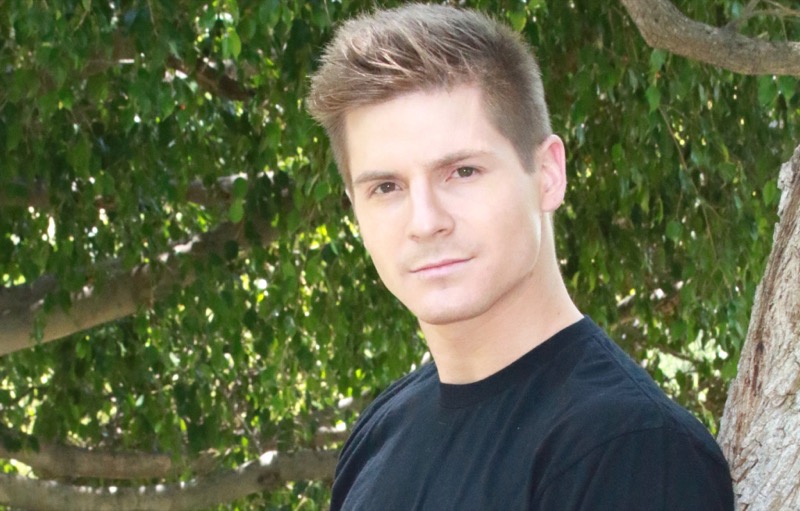 “It’s out the first time Palmer Watkins single “Waiting” Hope you all dig it” were the words tweeted around the world by former GH star, Robert Palmer Watkins when his new single dropped May 28th, 2021. The single is available wherever you can purchase music. Of course, General Hospital fans were treated to Palmer’s incredible singing voice a few times on the show when he played Dillon Quartermaine, son of Tracy Quartermaine (Jane Elliot).

Watkins performed in the nurse’s ball with former star, Haley Erin when she played Kiki Jerome, daughter of the former mob boss, Ava Jerome. However, Watkins was let go from the show in 2017, only two years after taking over the role. After leaving GH, Watkins decided to pursue other interests which lead to his music deal. Watkins fans have continued to follow his career since his exit and are proud of his accomplishment.

Fans Tried To Save His Job

General Hospital fans rallied to try to save Watkins job and keep Dillon in Port Charles. However, the powers that be chose not to listen and didn’t call Watkins back to reprise the role of Tracy’s youngest son. Watkins was grateful to his fans and chose to keep everyone updated on his career endeavors on his social media accounts so they could follow his progress. Watkins still remains popular among his GH and music fans. Fans have followed him loyally into this new aspect of his life and cannot wait to see how his music career goes. Hopefully, Watkins will have great success with his new record deal.

The former General Hospital star announced in April that he had signed a record deal with Brennan Martin also known as B. Martin and his label Purpose Driven Artists. Watkins also revealed that his first single was written about a former relationship of his. Watkins goes on to explain that the girl lived in Atlanta and he lived in Los Angelos. Both individuals shared the same profession and were waiting for each other’s call. Palmer also says he thinks anyone can relate to this new single. Fans are familiar with Watkins’s YouTube videos as well.

Watkins promises that new singles and videos will be dropping every six weeks. Watkins states that “it’s been a journey with my boy B. Martin but we are here and ready.” If you have checked out the video or downloads please, give us some feedback below.