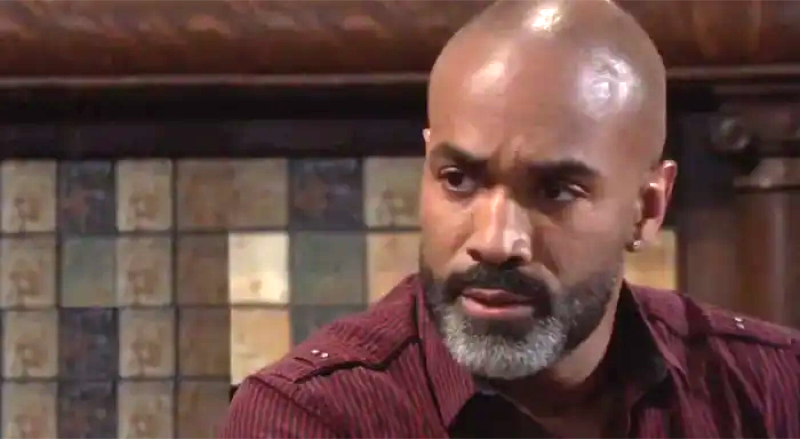 General Hospital (GH) spoilers and updates tease Curtis Ashford (Donnell Turner) and Nina Reeves (Cynthia Watros) are close friends. They have helped each other in different ways over the years. Nina turned to Curtis for help to find her long-lost daughter. Curtis thought that he had found her when he found Sasha Gilmore (Sofia Mattsson). However, Sasha was not Nina’s daughter in the end. Nina found out much later on that her real daughter was Nelle Benson (Chloe Lanier). Nina was devastated to find out that Nelle was her daughter because Nelle is dead and was a troubled woman. Currently, Nina and Curtis have been going down different paths.

General Hospital Spoilers – Curtis Ashford Has Had Many Challenges

Curtis has been trying to go in a different direction with his life. He had been a private investigator. However, he did not want to continue to deal with the lies that came from finding out the truth for his clients. He bought a nightclub which he named the Savoy. Curtis had been having trouble with his marriage to Jordan Ashford (Briana Nicole Henry) which has led to Curtis and Jordan getting a divorce. Curtis was not able to get past the secrets that Jordan kept from him about Cyrus Renault (Jeff Kober) and Marcus Taggert (Real Andrews).

Curtis has been spending time with Dr. Portia Robinson (Brook Kerr). They have been getting closer. Recently Curtis was shot by Cyrus during a hostage crisis. Cyrus had been injured and needed to get medical attention. He took Portia and her daughter Trina Robinson (Sidney Makayla) hostage. Mayor Laura Collins (Genie Francis) convinced Cyrus to let Portia and Trina go and take their place. Cyrus agreed because Laura is his sister. Curtis was worried that the police would not be able to save Laura and tried to save her which was when Cyrus shot Curtis. 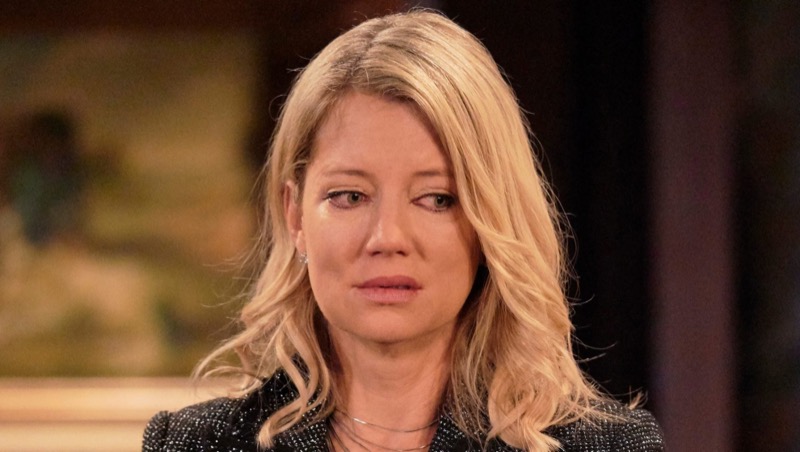 Nina Reeves Has A Moral Dilemma

Nina left Port Charles to clear her head. She went to see Phyllis Caulfield (Joyce Guy) and her husband Lenny Caulfield (Rif Hutton) in Nixon Falls, Pennsylvania. Phyllis had helped Nina find out the truth about her daughter Nelle because she was there when Nelle was born. Nina discovered that Sonny Corinthos (Maurice Benard) is alive and has been living in Nixon Falls helping Phyllis and Lenny. Sonny has amnesia because he fell from a bridge in New Jersey. Most people in Port Charles believe that Sonny is dead.

Nina was going to tell Sonny’s wife Carly Corinthos (Laura Wright) that Sonny was alive but decided not to because Carly told Nina that she would not be a part of her grandson Wiley Quartermaine-Corinthos (Theodore and Eric Olson) life. Wiley is the son of Nelle and Michael Corinthos (Chad Duell). Carly is Wiley’s grandmother and believes that it might not be good for Wiley for Nina to be a part of his life. Nina has not known what to do about knowing that Sonny is alive. Nina has been getting closer to Sonny. Nina and Sonny have been able to protect Phyllis and Lenny from Elijah Crowe (Dan White) who wanted to take their family business The Tan-O away from them. Sonny has shown that he is romantically interested in Nina.

General Hospital Nina and Curtis need to reconnect. Curtis could tell Nina about his situation with Portia and Jordan. Curtis has developed feelings for Portia but still feels connected to Jordan. Nina could help Curtis to sort out his feelings for Portia and Jordan. Could Nina be the one to help Curtis to decide to give Jordan another chance or start a new romance with Portia?

Curtis has seen how destructive keeping a secret can be because of what happened with him and Jordan. Nina needs to decide if she will tell Carly and everyone else in Port Charles that Sonny is alive. She needs help to sort out her feelings for Sonny. Will Curtis help Nina decide to bring Sonny back to Port Charles? Can he help Nina figure out how she feels about Sonny? Tune into General Hospital to find out how Nina and Curtis can find a way to help each other solve their problems.