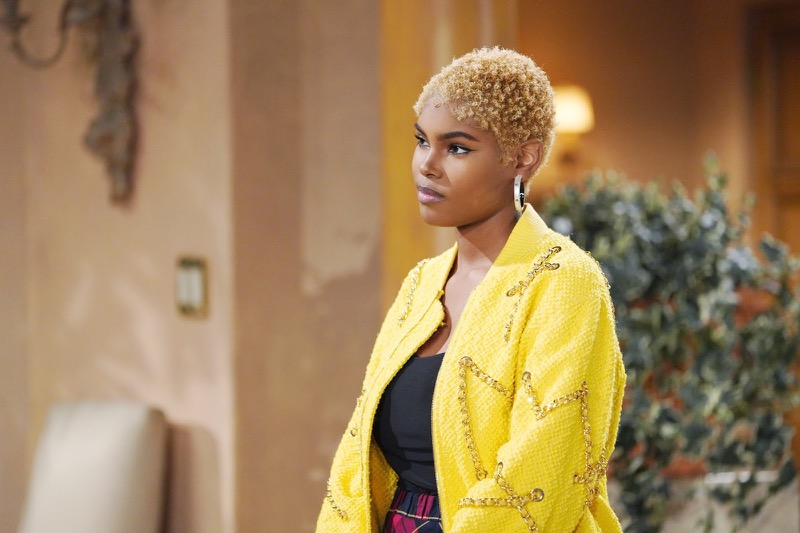 The Bold and the Beautiful (B&B) spoilers and updates that Paris Buckingham (Diamond White) will figure out the truth about “Quarter.” She notices stolen glances and subtle flirting between Carter Walton (Lawrence Saint-Victor) and Quinn Forrester (Rena Sofer). This is what leads to her spying on Quinn’s private chat. Paris’ suspicions are confirmed, but what will she do about it?

The Bold And The Beautiful Spoilers – Shauna Fulton’s Protective Lie

B&B spoilers reveal that Carter and Quinn were bracing themselves when Zoe Buckingham (Kiara Barnes) noticed the jacket. Shauna Fulton (Denise Richards) stepped up and claimed the jacket belonged to her. That way, Zoe would think that Shauna was sleeping with Carter. Even though Shauna was trying to protect Quinn, the cover-up will crumble. It seems that there is someone else in the Forrester Creations office who suspects the truth.

The Bold And The Beautiful Updates – Catching ‘Quarter’ Flirting

In the new issue of Soap Opera Digest, actress Diamond White discussed Paris finding out the truth about “Quarter.” Paris has noticed Carter and Quinn stealing quick glances and has even seen them subtly flirt. So, even though Paris said she would be “keeping an eye” on Shauna, she’s really just buying time so she can investigate. 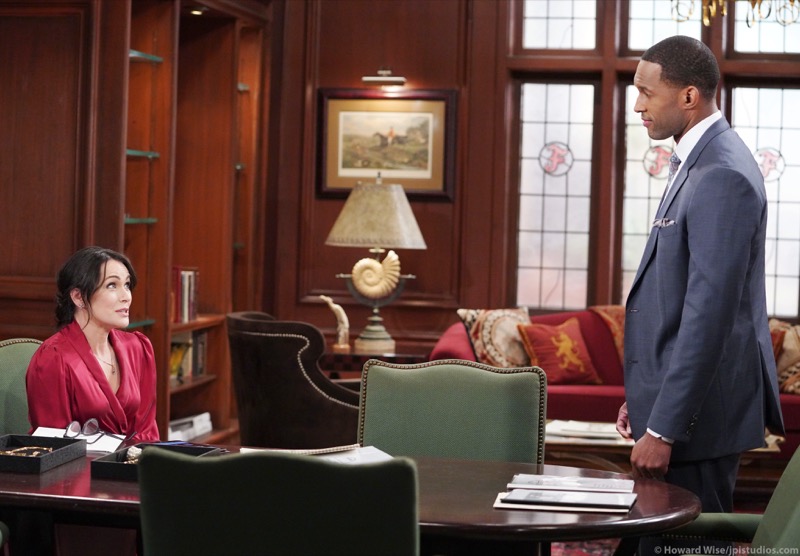 “Paris has always had good intuition. If she ever feels things are a little fishy, she does investigate and tries to get to the bottom of it. She’s catching looks or small facial expressions between them, things that people wouldn’t necessarily catch, and so, yes, Paris is very suspicious.”

The Bold and the Beautiful spoilers reveal that Paris ends up sneaking around Forrester Creations to find out the truth. Knowing Quinn and Shauna are having a private conversation, Paris quietly lurks nearby and listens to what they are saying. That is when Paris gets confirmation of her suspicions. Shauna lied to protect the woman who was really sleeping with Carter, which fans know was Quinn.

The Bold And The Beautiful Updates – Paris Buckingham’s Dilemma

Even though Paris finds out the truth, she won’t immediately go tell Zoe or Eric Forrester (John McCook). Paris realizes that this is a delicate situation and she wants to be sure she does the right thing. Paris thinks that everyone deserves to know the truth. At the same time, Paris realizes just how many people will be hurt by the “Quarter” bombshell. It won’t just impact Zoe and Eric, but it will also affect Flo Logan (Katrina Bowden), Wyatt Spencer (Darin Brooks), and Ridge Forrester (Thorsten Kaye).

Paris has a moral dilemma and she will struggle to try to decide whether she should tell or keep it to herself. The situation will get even more complicated for Paris when she hears Zoe’s news. Carter proposed again and they want to get married as soon as possible. What do you think Paris will decide to do and could there be unexpected consequences?

The Bold And The Beautiful (B&B) Spoilers: Justin Helps Li Save Finn And Take…