The Bold and the Beautiful (B&B) spoilers and updates tease that Shauna Fulton (Denise Richards) is currently single. She has been trying to help her friend Quinn Forrester (Rena Sofer) deal with the problems that she is having with her marriage. Quinn and her husband Eric Forrester (John McCook) have had trouble with their marriage because Quinn tried to put Shauna with Eric’s son Ridge Forrester (Thorsten Kaye).

She thought that Shauna would be a better match for Ridge than his wife Brooke Logan Forrester (Katherine Kelly Lang). Quinn had tried to help Zoe Buckingham (Kiara Barnes) to get her relationship with Carter Walton (Lawrence Saint-Victor) back on track. However, Quinn and Carter ended up having a one-night stand. Zoe was about to find out that Quinn and Carter were together when Shauna claimed to be the one that Carter was involved with. Shauna wanted to protect Quinn and Carter.

The Bold And The Beautiful Spoilers – Carter Walton

Shauna and Carter are not in a relationship. Carter is going to try to give Zoe a second chance. He is going to try to stay away from Quinn. Carter could decide to really turn to Shauna if he cannot make his relationship with Zoe work. Carter may not want to put Quinn’s marriage to Eric at risk. Shauna may find herself dating Carter for real.

The Bold And The Beautiful Updates – Eric Forrester

Shauna may get into a relationship with Eric because he turns to Shauna for comfort. He may find out that Quinn has been unfaithful to him with Carter. Shauna would want to stay loyal to Quinn but could decide that she wants to help Eric. Shauna could find that she and Eric would be good for each other. 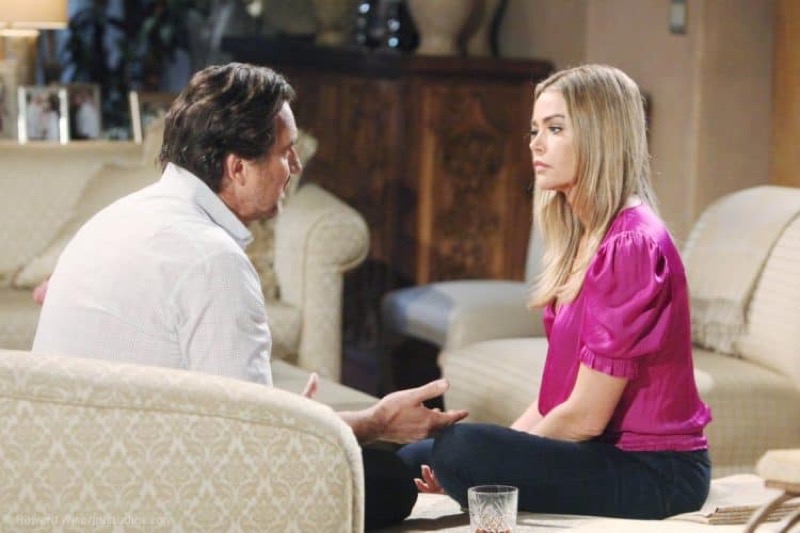 The Bold And The Beautiful Spoilers – Ridge Forrester

Shauna may end up in relationship with Ridge. They had tried to be a couple before but Ridge decided that Brooke was the one that he wanted to be with. However, Ridge and Brooke have had problems before especially where it comes to Ridge’s son Thomas Forrester (Matthew Atkinson). Brooke believes that Thomas would not be a good match for her daughter Hope Spencer (Annika Noelle). She believes that Hope and her husband Liam Spencer (Scott Clifton) should find a way to stay together. However, Brooke and Ridge do not know that Liam is responsible for the death of Vincent Walker (Joe LoCicero). Ridge may believe that Thomas would be a better match for Hope which might drive Ridge and Brooke apart. Ridge could turn to Shauna if he and Brooke have a falling out.

The Bold And The Beautiful Updates – Bill Spencer

Shauna could find herself in a relationship with Bill Spencer (Don Diamont) because of the situation with Liam and Vinny. Bill helped to cover up the fact that Liam accidentally killed Vinny. Bill has been trying to win Katie Logan (Heather Tom) back but might not be able to get her back if the truth came out. Shauna would want to help Bill because he is the father of Wyatt Spencer (Darin Brooks). Wyatt is the fiancé of Shauna’s daughter Flo Logan (Katrina Bowden). Shauna could help Bill to deal with the problems that may arise from his efforts to protect Liam.

Shauna Has Many Different Possibilities

Bold and the Beautiful Shauna may find love with someone that she is helping with a problem. Which man could she help with their problems? Will it be to help Eric to mend his broken heart? Will she want to help Carter and Quinn but end up in a relationship with Carter? Could Shauna help Ridge if he and Brooke separate because of Thomas, Hope, and Liam? Could Shauna and Bill become a couple as they try to keep his family from being torn apart? Tune into Bold and the Beautiful to find out if Shauna finds love with someone in the future.