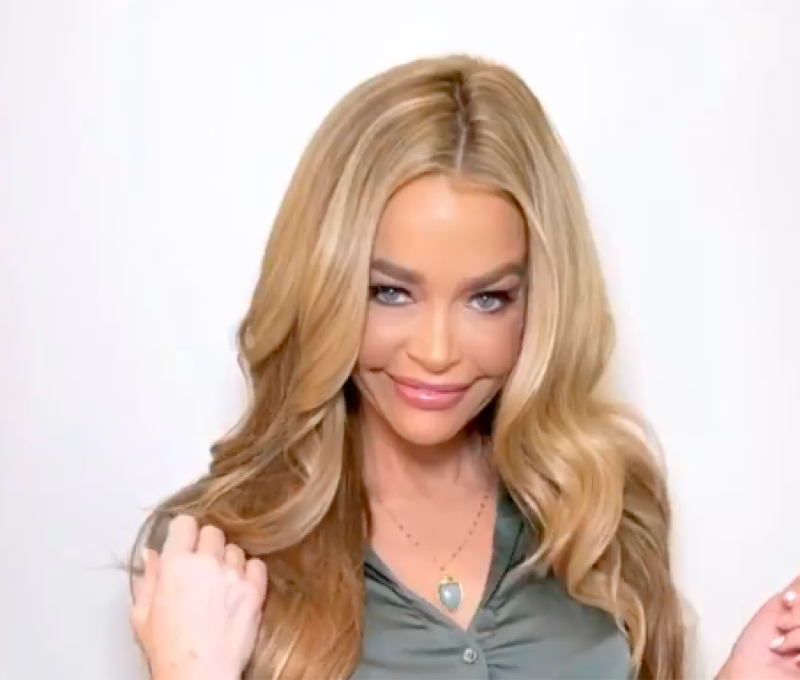 The Bold and the Beautiful (B&B) spoilers and updates tease that Denise Richards plays former Vegas showgirl Shauna Fulton on the CBS sudser. She recently co-hosted Entertainment Tonight and during her stint dished a little soap dirt.

Did she reveal anything scandalous about her character or dish dirt about what happens next on the LA-based sudser? Not really, but she did have a secret to share and it will definitely have soap fans shaking their heads and saying absolutely!

According to Richards, there is such a thing as a soapy stare, you know the kind soap fans, it’s where one character must stare as if everything is at stake as the camera pans in on their beautifully made-up face.

Richards called it “soap stare-down” and during her time as Shauna, she says she has perfected it!

So what is the deal behind making a starey glare while emoting on a soap? 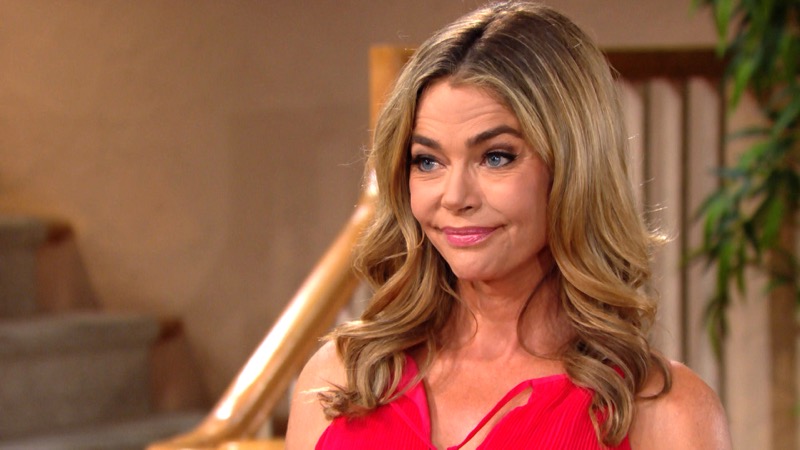 Richards spilled the beans to her co-host Lauren Zima saying, “There is a stare where you are looking: look away, think about, I think I want, like, a turkey sandwich, and then look back.”

The actress then pulled one of the infamous soap stare faces and her reaction was priceless!

The Bold And The Beautiful Updates – What Happens Next On The CBS Sudser?

Fans are having a ball watching as well-meaning Shauna inserts herself into the shenanigans of her bestie Quinn Forrester (Rena Sofer) and Carter Walton (Lawrence Saint-Victor).

These two are in the middle of a full-fledged love in the afternoon fling and it isn’t about to end anytime soon! Explosive show spoilers reveal that Quarter will roll on into summer, surely heating up the screen as they get their groove on. There’s only one problem—Quinn is married to Eric Forrester (John McCook). He’s been cold as an ice cube in the bedroom, according to Quinn, hence her red hot money sex with Carter.

How far will Shauna go to protect her bestie from getting caught? Shauna takes the plunge and saves Quinn’s bacon in a ride-or-die manner worthy of her BFF status.

How will this turn out for Shauna who is already on thin ice with the Forrester and Logan families? Be sure to tune in and find out B&B fans!