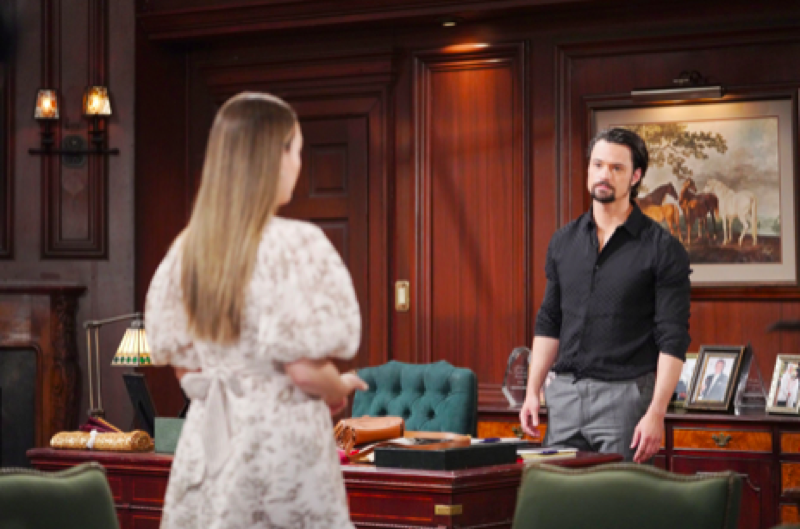 General Hospital (GH) spoilers and updates tease that some spoiler “tea” is being served and it’s from a good source. Rumor has it that Thomas Forrester (Matthew Atkinson) is the one who did the dastardly deed of murdering Vinny. I want to believe it and here’s why: who else is there?

Could it be that the writers are going to throw us a curveball and pull an unknown rabbit out of the hat? (They’ve been known to do stuff like that.) Barring that, remember how Thomas lied about his involvement in Emma Barber’s (Nia Sioux) death. He got away with that; when we all saw him drive her off the road and watched her die? Remember all the other devious things he’s done to Hope (Annika Noelle), Liam (Scott Clifton), and Douglas (Henry Joseph Samiri). Thomas deserves an Oscar for all the BS he’s been slinging.

Deputy Chief Bradley Baker’s (Dan Martin) mama didn’t raise any fool. If you were watching last Tuesday, did you notice the serious side-eye (Soap Opera stare) Chief Baker gave Thomas? Oscar worth performance Thomas, Bravo! But the spoilers are whispering loud enough to be heard saying that Baker knows Thomas is gonna BLOW. He won’t be able to hold it together much longer especially when he sees that his plan to get with Hope Logan Spencer (Annika Noelle) is not working out as he expected.

Hope is going full throttle on getting the engine of her marriage up and running again. That marriage engine had been running ever so smoothly and purring like a kitten until (you know who) derailed the FAITHFUL TO YOUR VOWS EXPRESS and sent it down an overbank. But Hope is over that now and wants her hubby back. The question is will she stand by her man Liam when he finally tells her what he (poor thing) THINKS he did? Hopefully, Liam will soon be able to exhale…that’s if he doesn’t choke to death on the fear and stress, he’s been carrying way too long for him and most of all for us. 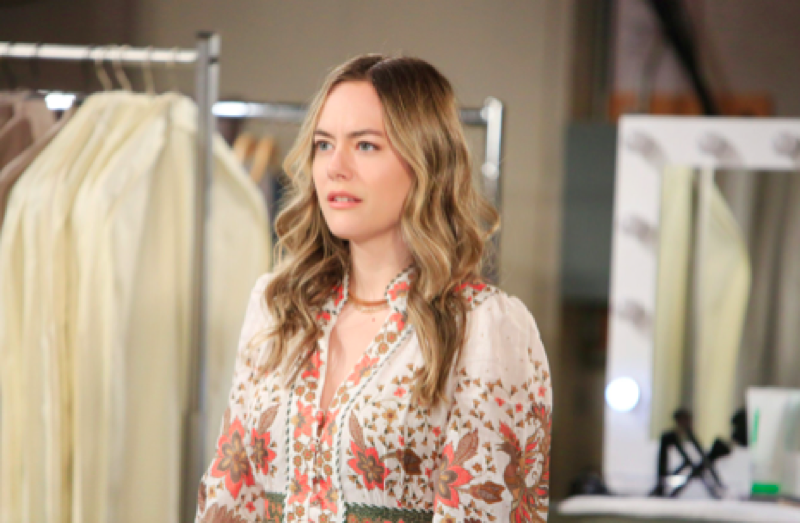 The spoilers hint that Brooke Logan Forrester (Katherine Kelly Lang) learns about “Quarter” that’s Quinn Forrester (Rena Sofer) and Carter Walton’s (Lawrence Saint-Victor). And she dishes the ”BREAKING NEWS” to Eric Forrester (John McCook). What will Eric do? Will he divorce Quinn? Will Carter lose his job and his best friend Ridge Forrester (Thorsten Kaye)?

They say, “What goes around, comes around” and now it’s Quinn’s time to ride the carousel of karma. She’s ridden a carousel before, reached for the brass ring (a.k.a.) Eric and grabbed it. Now that the brass ring has rusted, Quinn is grabbing for the bronze ring (a.k.a.) Carter Walton. When and where the carousel will stop, we don’t know. But the spoilers are saying we should stay tuned for some blockbuster happenings.

The Bold And The Beautiful Updates – Carter Walton Caught With His Pants Down.

We all know Carter loves taking his shirt off to flex those beautiful pecs. But now he’s gone too far. He’s taken his pants off and is about to get caught. The spoilers indicate that Zoe Buckingham (Kiara Barnes) the girl who won’t take NO, for an answer) will show up at Carter’s door and catch him and Quinn  “knockin’ boots” (if you know what I mean). What will the fallout be? Hold on to your seat people. We’re in for a wild ride. I can hear the spoilers rumbling and they are about to erupt.

Keep coming back for more B&B Spoilers tea and news.