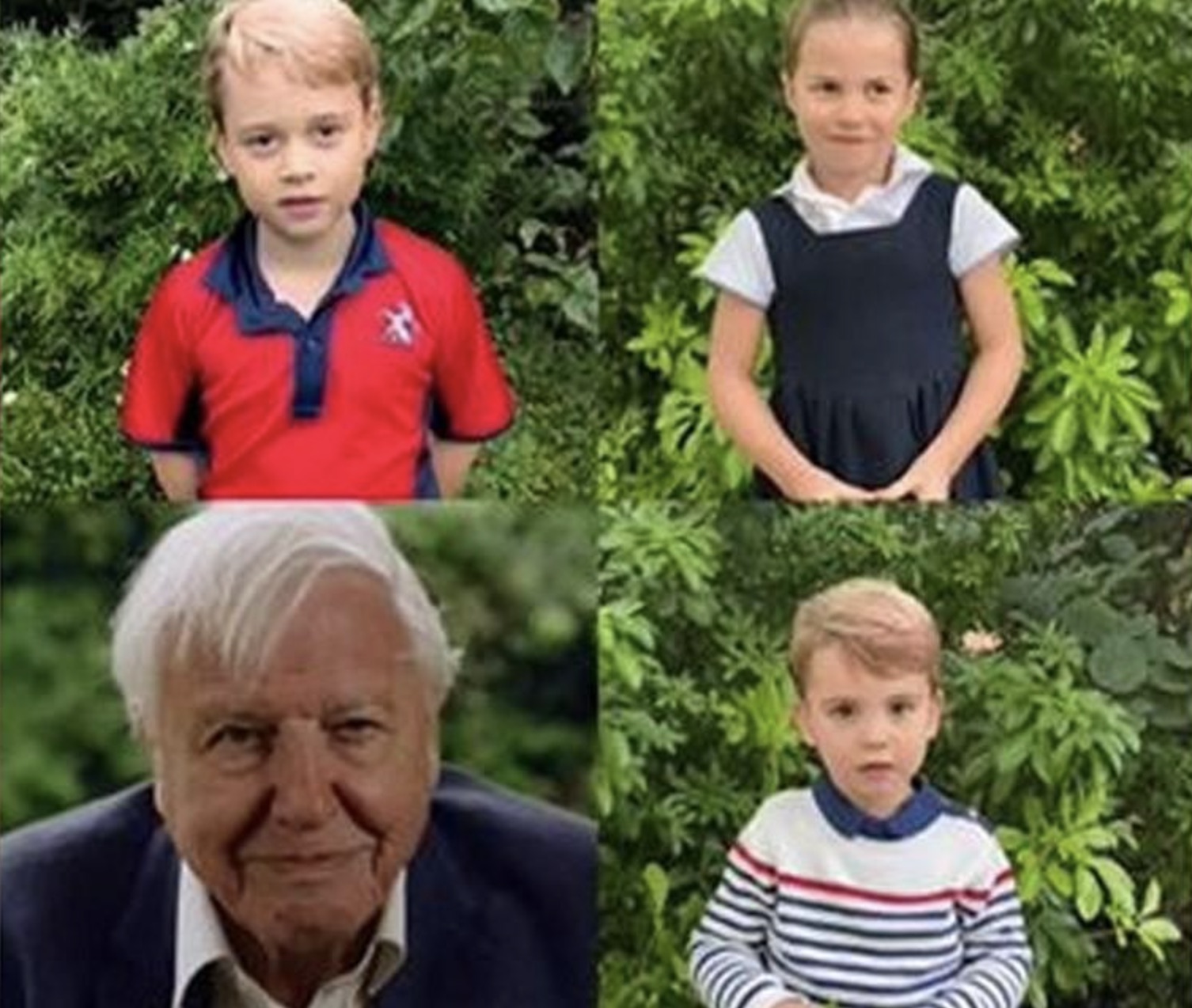 British Royal News says that fans have gotten a chance to hear Prince William and Kate Middleton‘s three children, Prince George, Princess Charlotte, and Prince Louis, speak directly to the camera for the very first time. The royal siblings put questions about their favorite animals and the environment to British national treasure Sir David Attenborough in a sweet new clip shared by Kensington Palace. Here’s what you need to know.

The video, which was filmed last month in Kensington Palace garden, was shared by the royal family on the official Kensington Palace Twitter account. It was such a cute moment that fans can’t stop talking about it.

“The Duke and Duchess of Cambridge are pleased to share a short video clip of Prince George, Princess Charlotte and Prince Louis each asking Sir David Attenborough a question about the natural world,” Kensington Palace said in a press release.

George, 7, the oldest sibling, was the first to ask Attenborough a question, saying, “Hello David Attenborough, what animal do you think will become extinct next?’ to which Sir David replied that he hopes that will never happen.

Charlotte, 5, next asked the environmental expert, “Hello David Attenborough, I like spiders, do you like spiders too?” to which he replied that he certainly does.

But it was young Prince Louis, 2, who managed to steal the spotlight from his older siblings. He asked the last question, wondering what kind of animal he likes. However, a lot of royal fans couldn’t help but point out how adorable Louis pronounced animal as “amimal.” For royal fans, the video appears to be first time fans have heard Louis speak, and the first time they’ve heard George and Charlotte speak straight to a camera.

For now, let us know what you think by leaving us a line with your thoughts in our comments section below. And as always, don’t forget to come back right here for all the latest news and updates on your favorite celebrity and royal parents and tots right here.