Why did Kate Middleton Feel The Need To Explain To The Queen Why She Needs A Nanny? 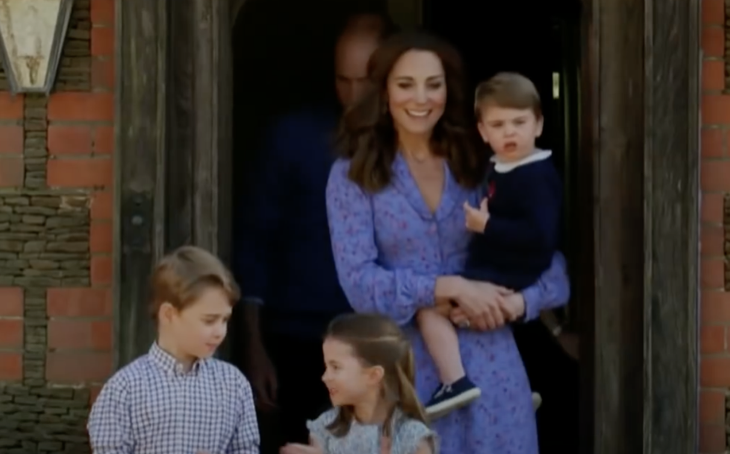 Prince William and Kate Middleton have a nanny now, but it wasn’t always that way. In the beginning, the pair wanted to take care of the parenting tasks on their own. Then, a few months after their oldest son Prince George was born they waved the white flag and now depend on a nanny to help out with their growing brood which includes three children.

What changed their minds? According to royal expert Katie Nicholl, William and Kate were honest with themselves and realized that trying to be full-time parents while working full-time royal jobs was taking away from both roles. So they hired a nanny to help.

Would you hire a nanny if you had the resources to do so?

Nicholl shared that Kate eventually confided in the Queen about their parenting struggles and subsequent decision during a heartfelt conversation during one of the royal family’s Christmas celebrations.

“Kate was having a conversation with the Queen in which she confided that she had found being with George on her own, and not having a full-time nanny or a maternity nurse, very hard,” Nicholl said, according to The Mirror.

“William and Kate wanted to be hands-on parents, and they did it until September and then they recruited a nanny.”

The royal family gathers together for Christmas each holiday

Nicholl went on that through the years, Kate and her grandmother-in-law have developed a nice bond. So it should come as no surprise that she would take the older woman into her confidence when they became first-time parents with Prince George.

It was in an interview for the True Royal’s Kate Middleton: Heir We Go Again documentary that Nicholl spilled the royal beans about the two women talking mom duties while the family was gathered at Sandringham. Sandringham is where the family meet to celebrate Christmas.

In the documentary, Nicholl shared that Kate’s mom, Carole Middleton, has also played an important role in helping to raise her grandchildren.

“One of the things that allow William and Kate to be so ordinary is the presence of the Middletons in their lives,” Nicholl said. “Carol is regular through those golden gates at Kensington Palace, she whizzes through in her Land Rover. There is no security because everybody knows her. She turns up to help with bedtime and bath time. She is absolutely indispensable.”

If it takes a village to raise a child, William and Kate are lucky enough to have that in spades!

Be sure to catch up on everything happening with the royal family. Come back here often for royal spoilers, news, and updates.