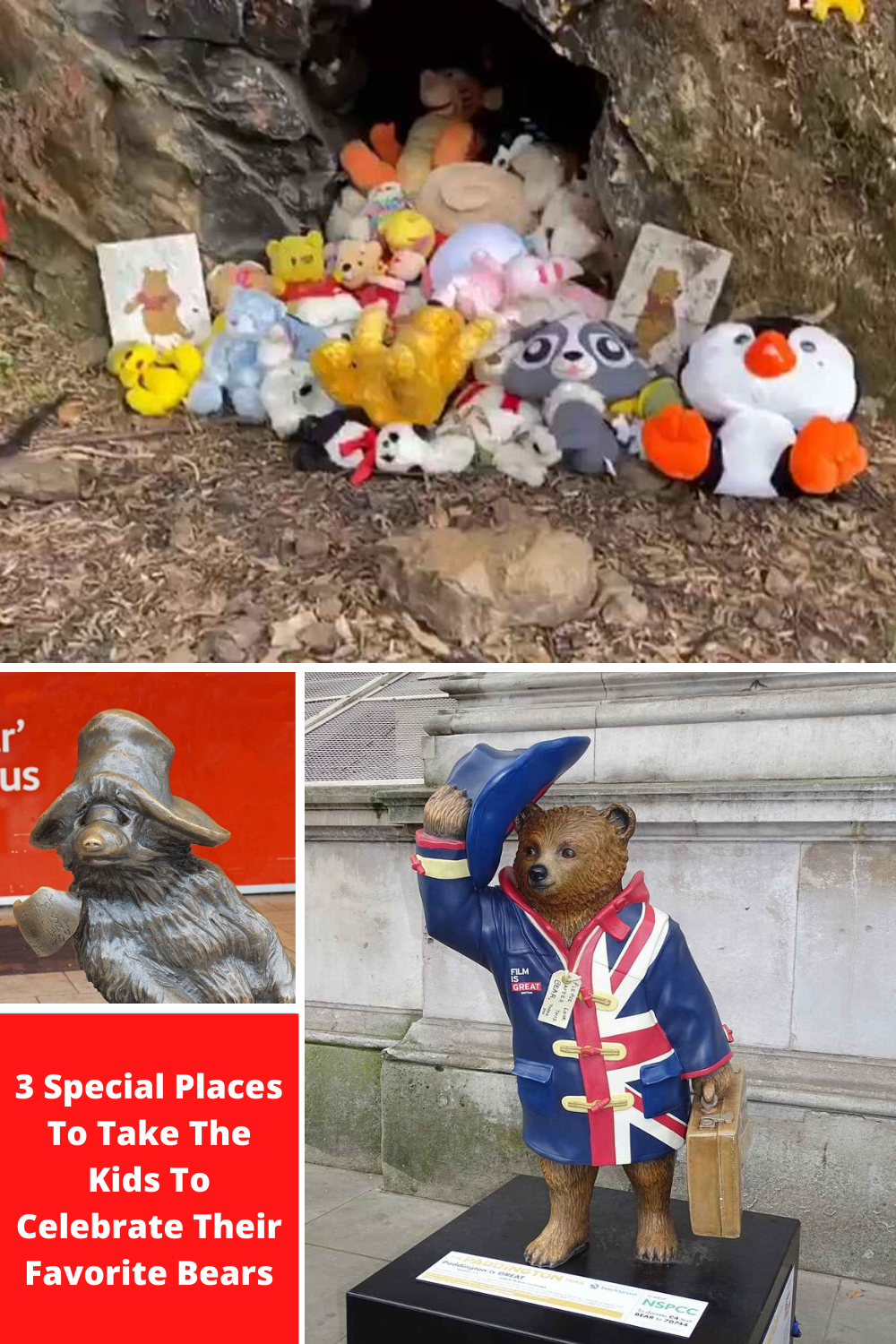 Depending where you are in the world, there are plenty of attractions for the little ones, but these special locations are something wonderful for the kids.

Take a meander below to read up on three special places to take the children on your next vacation. Here we have one location dedicated to Winnie the Pooh, along with two locations where Paddington Bear stands tall, complete with his sign around his neck and his suitcase.

Paddington Bear has quite a history in the children’s novels by Michael Bond. It turns out Bond had seen a stuffed bear in a London store close to Paddington Station.

He was inspired to write the books both by the bear he had found, but also for another reason. During World War II, young evacuees were seen to be leaving London. Each child had a label around their neck and all their meagre possessions packed in a small suitcase.

In the story, the Brown family found the bear sitting at Paddington Station, with a sign around his neck, reading “Please look after this bear, thank you.” The fictional bear had travelled all the way from Lima, Peru, after his aunt sends him to London as a stowaway. He found a happy home with the Brown family and went on to have many adventures, outlined in the popular children’s books.

Almost 60 years later, a life-size bronze statue of Paddington Bear appears at Paddington Station. The statue was designed by sculptor Marcus Cornish and was unveiled in February 2000. He can be seen to have the sign around his neck as well as his signature suitcase. Inside the station, there is a store dedicated to the popular bear with plenty of merchandise dedicated to Paddington. This is the perfect place to spoil your children after admiring the statue.

On a trip to Canberra and the beaches of the South Coast of Australia, look out for a sign on the side of the road, marking the location of Pooh Bear’s Corner. Two local potato farmers established the site in the early 1970s for their children. However, Pooh Bear’s Corner soon grew in popularity and still regularly attracts visitors.

Pooh Bear’s Corner is set in a large hole in the rock on the side of Clyde Mountain, which Barbara and David Carter chose for Winnie the Pooh’s imaginary home. Once it became popular, the Carter’s marked the location with a sign so that travelers could visit the site.

As time went by, visitors joined in by adding more bears to the collection. Eventually Pooh Bear’s Corner fell victim to graffiti and was almost destroyed in fires. However, the stuffed bears always returned. For fun, some travelers leave supplies for Winnie the Pooh, in the form of honey and beer. As your children get older, it might be nice if they could donate their own Pooh Bear to the collection for the next generation!

Disney World And Disneyland Could Reopen This Summer https://t.co/S4lQqyMm0s

Returning to the subject of Paddington Bear, standing on the Miraflores Boardwalk in Lima, Peru is a second bronze statue. This statue hints that Paddington had made his way back from London to his home city.

The statue was gifted by the British Embassy and was unveiled in 2015 to commemorate strong ties between Peru and the UK. The designer was none other than British comedian Stephen Fry. When the statue was unveiled, Alan Yarrow, the Lord Mayor of the City of London at the time, was there as well as Jorge Munoz, the Mayor of Miraflores.

This Paddington Bear sports a Union Jack flag along with his signature sign and suitcase. He overlooks the Parque Salazar and the Bay of Santander. There is a children’s park close by where many of Paddington Bear’s fans regularly play. You can find the statue at the intersection of del Malecón de la Reserva and Armendariz on the Salazar Park Boardwalk.