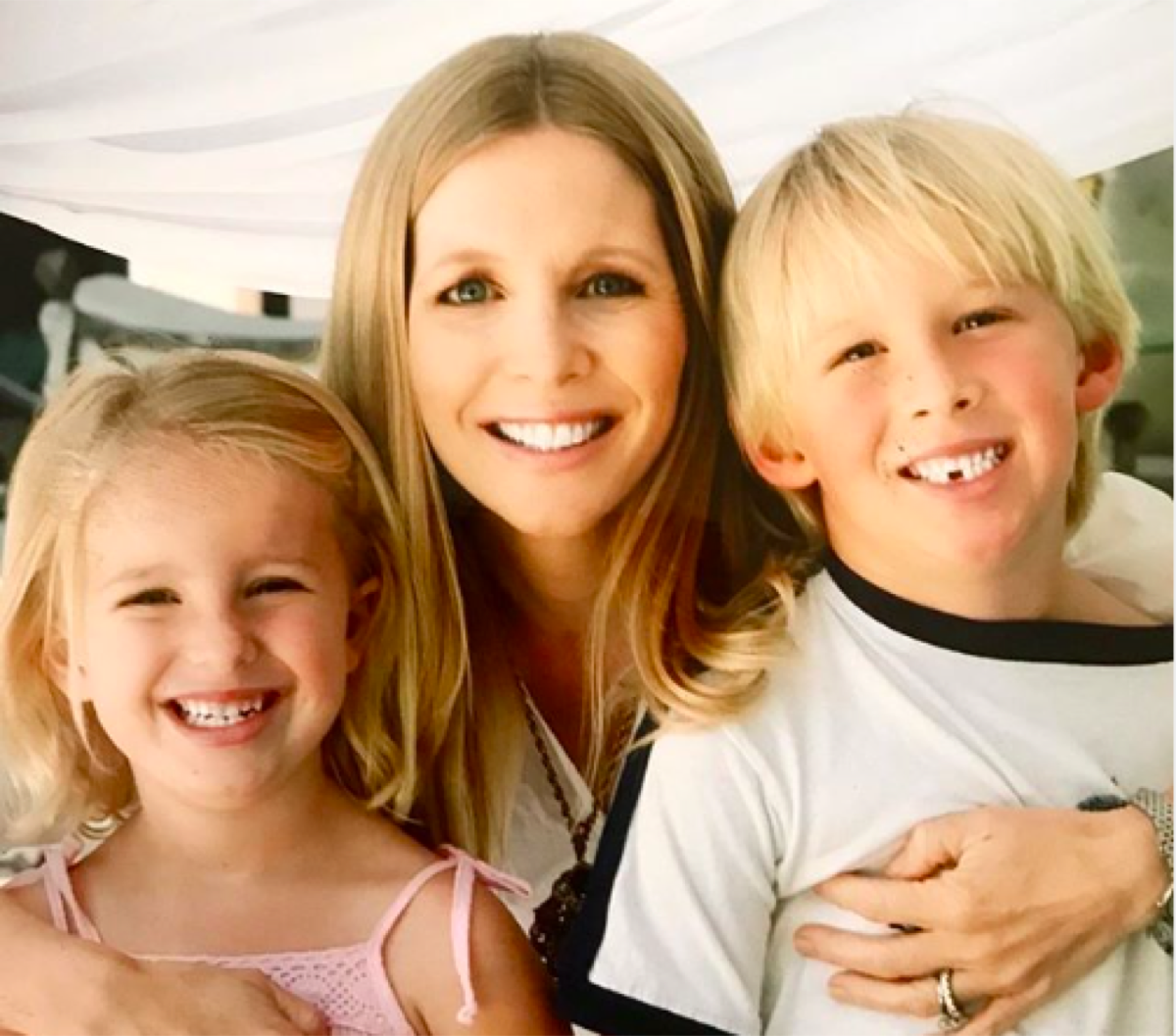 The Young and the Restless spoilers teases that actress Lauralee Bell, known for her role as “Cricket” Christine Blair Williams on the CBS daytime drama “The Young and The Restless”, like any mother, posted a “Throwback Thursday”- or, actually, a “Wayback Wednesday” photo of herself and her two children recently on Instagram and noted how they grew up so fast!

Lauralee Bell And Her Husband Scott Martin Have Two Children

Lauralee married photographer Scott Martin on October 4, 1997. They have a son, Christian James Martin, born on January 17, 2001 and a daughter, Samantha Lee Martin, born on October 28, 2002. She noted on the retro photo of herself with the two children “Boy did I miss these faces! #waybackwednesday #photo #ilovetowork but…#theresnoplacelikehome #lovemyfamily #backtogether”. Christian James would now be 19 years old and Samantha would be 17 years old. This photo appears to be around ten years ago.

The daughter of soap opera creators William J. Bell and Lee Phillip Bell, and sister to Bill Bell, Jr. and Bradley Bell as well as sister-in-law to Maria Arena Bell and Colleen Bell, Lauralee was offered a bit role as a model, Christine “Cricket” Blair, on her parents’ show The Young and the Restless in 1983 and that became a contract role in 1986. Lauralee was fifteen years old when she started playing “Cricket”.

Lauralee Bell won a Daytime Emmy® Award for her IP work in 2014 for mI promise, which debuted on Amazon Prime in 2019. Bell was also nominated for a Daytime Emmy® as Outstanding Supporting Actress in 2016 for her role as Christine Williams on The Young and the Restless, the #1 rated soap. Bell starred and served as Executive Producer of Lifetime Movie Network’s Nightmare Tenant in 2019 and Bell starred in Mistress Hunter for the network in 2018.

Bell also created three web series, Family Dinner, Just Off Rodeo and mI promise, continuing a rich family tradition of creating their own projects and winning Emmys for their work. Bell also won the female lead in her first film, Carpool Guy, the lead in the 2006 Lifetime movie, Past Sins, and one of the leads in Easy Rider: The Ride Back. She also guested on CSI: Miami and Castle. Bell debuted her first Webby Honoree web series, Family Dinner in 2009. Bell created, wrote, directed, starred and shared producing duties with husband Scott Martin and Anne Clements.

The first two episodes featured Phyllis Diller, the next two showcased Cloris Leachman, and the fifth episode featured Shirley Jones. All the webisodes made the front page of funnyordie.com, the industry’s then-leading humor website. In 2011, Bell launched her next web series, Telly Award-winner Just Off Rodeo, to merge her fashion sense with entertainment and merchandising that she created, wrote, produced and directed. She then debuted mI promise, which she created, wrote, produced, directed and co-starred in to dramatize the results of teen texting and driving.

Bell  Has Launched Her Own Web Series

In addition to her Emmy win for the series, mI promise, was also a Webby Award Honoree and received a lot of positive feedback. Bell, born December 22, lives in Los Angeles. She was the hottest daytime star in France for many years as well as their most frequent TV Guide cover subject. Bell also guest- starred on a Walker, Texas Ranger season finale and she hosted television specials for E!

Entertainment Television, PAX-TV and a talk show pilot with castmate Doug Davidson. In 2009, Bell and her husband created Martin Bell Productions to focus on creating and developing new entertainment projects. In 2013, Martin launched 3Labs, Los Angeles’ premier event and production facility, located in Culver City. Bell continues to work on transforming her ideas into reality when she is not busy acting.

Check out “The Young and The Restless” to see Lauralee in action, and check Celebrity Baby Laundry frequently for the latest news, updates and developments!