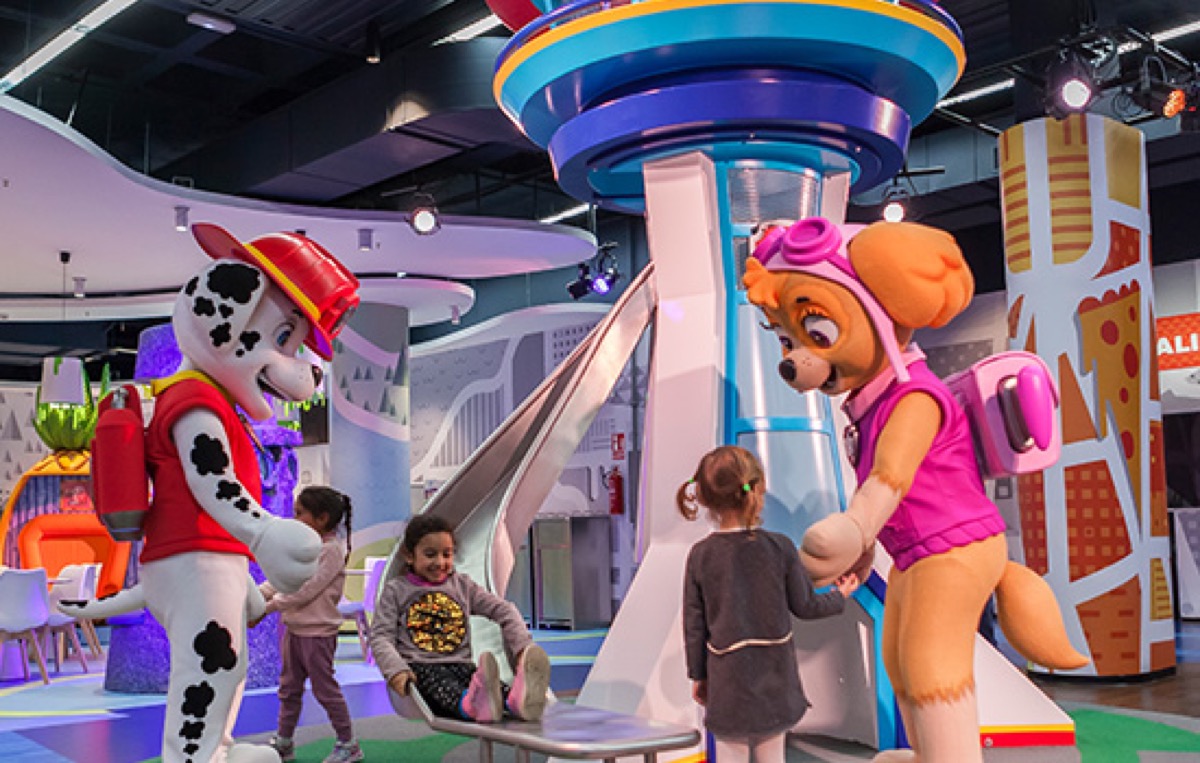 Nickelodeon Adventure Park opened has opened at Lakeside in Essex. All of your Nickelodeon favorites come to life. If you have children and live in London, they’ll want to se this new theme park. It’s likely that they’re into one of the Nickelodeon shows that are shown there.

There are at least five featured at the amusement park. Nickelodeon owns Dora the Explorer, PAW Patrol, Shimmer and Shine, SpongeBob Square Pants, and many others, according to Londonist.

PAW Patrol Now Has Its Own Court At Lakeside Shopping Centre, Located Outside The M25 In Thurrock

PAW Patrol now has its own court at Lakeside shopping centre, located outside the M25 in Thurrock. Nickelodeon Adventure is an amusement park that’s divided into four fun zones, which are both fun and bizarre, depending on how you feel.

“Each zone offers engaging activities, from ‘fulfilling your destiny’ alongside the Teenage Mutant Ninja Turtles in the sewers of NYC, to gaining a captain’s license at Mrs. Puff’s Boating School in Bikini Bottom or completing a secret mission with PAW Patrol’s Skye and pals.”

The PAW Patrol Area Also Has Its Own 4D Cinema, Which Is A Rent Space That You Can Hire

The PAW Patrol area also has its own 4D Cinema, which is a rent space that you can hire. There’s also the Slime Café, which may gross some people out. Of course, this type of fun comes with a price. Tickets will cost £14.95 ($19.50 USD) for children and £7.50 ($9.78 USD) for adults. There are also annual passes available. If your children are under 90cm (35 inches), they go free.

This news comes after the PAW Patrol animated series Mighty Express dropped on Netflix. The show comes from series creator Keith Chapman and Spin Master Entertainment, which also produces the PAW Patrol franchise. This new show is about a group of kids who run the stations and use the Mighty Express to go on adventures, according to a report via Variety. Netflix ordered 52 11-minute episodes, which will debut on the streaming platform in September.