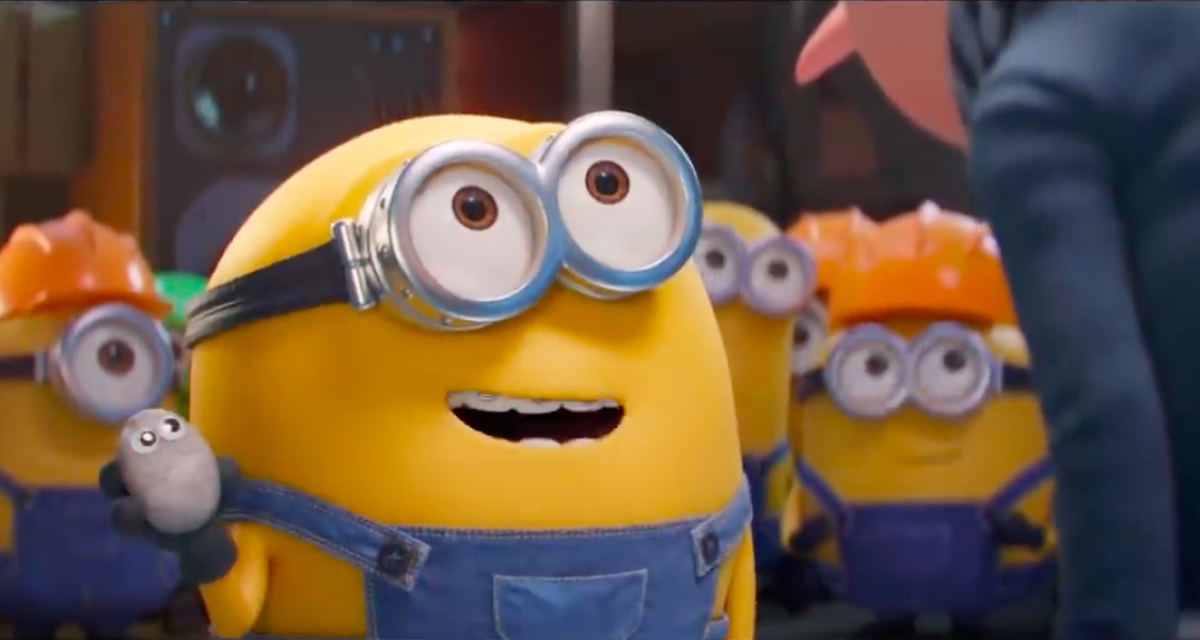 Minions: Rise of Gru is the sequel to 2015’s Minions, which is the prequel to the Despicable Me franchise. The trailer was released on Super Bowl Sunday, which gives fans a sneak peak of what’s to come for the franchise. The new movie is set in the 70s and features baby Gru, according to Polygron.

The sequel features the return of Steve Carell, who plays the villain Gru. It also includes Pierre Coffin, who’s the voice of those cute and hilarious minions. It also includes fan favorites such as Bob, Kevin, and Stuart.

Minions: Rise of Gru is centered around the minions after their adventure in England during the first Minions film. During that movie, they helped villain Scarlet Overkill become the Queen of England. But things went awry because minions are kind of annoying. She thought they were trying to sabotage her moment. Of course, Scarlet wasn’t going to be the minions’ forever home. Then comes Gru, an evil scientist who stars in the Despicable Me films.

But this new movie is about Baby Gru. This makes sense since Baby Yoda has become popular thanks to the Disney+ series The Mandalorian. Then Baby Nut made its big debut during the Super Bowl because of the Mr. Peanut commercial that aired. Baby Nut was born from Mr. Peanut’s corpse. But now it’s time for Baby Gru to shine.

The Super Bowl ad had viewers wondering which baby is the cutest. The trailer for Minions: Rise of Gru premieres on Wednesday. You will have to wait a few days until you get to see it in all of its glory. For now, you can watch the teaser video for the official trailer.

Minions: Rise of Gru will arrive to theaters on July 3. What are your thoughts on Baby Gru? Do you think that it’s cuter than Baby Nut or Baby Yoda? Sound off below in the comments section.