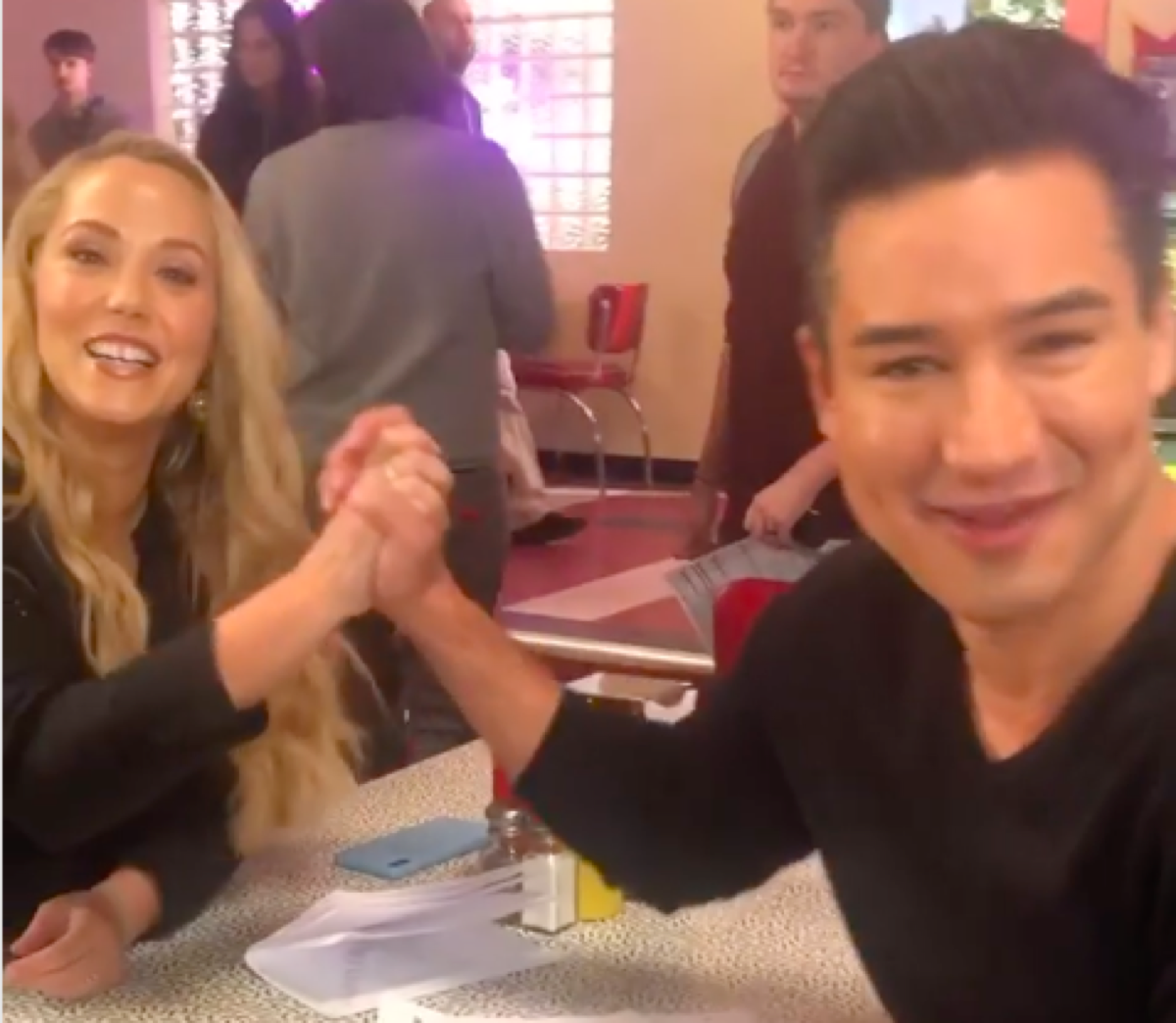 Mario Lopez gave fans a sneak peek at the upcoming “Saved By The Bell” reboot. In an Instagram post, the actor posted a video of him and costar Elizabeth Berkley on the set of the iconic diner as people in the background scramble to prepare shooting the promo for NBC’s new streaming service Peacock, which is expected to launch in April 2020.

Berkley then chimed in, “But I feel like only the people who have the history we have could drop right on in like that.”

Ed Alonzo, who played the role of Max, the owner of The Max, was also seen in the video. “Look, there’s old-school Max,” Lopez said as he focused the camera on Alonzo.

“Talk about like being in a time machine,” Berkley added.

Back at The Max… #SBTB #FBF

The Stars Of The Reboot

Fans recently found out that Mark Lopez and Mark-Paul Gosselaar are joining the revival of “Saved by the Bell.” The latter will play his original role of Zack Morris and viewers can expect him in three episodes of the reboot and then take on the role of the show’s producer.

Tiffani Thiessen will also reprise her role as Kelly Kapowski, Zack’s girlfriend and then-wife, on the reboot. Meanwhile, Lopez and Berkley will reprise her role as A.C. Slater and Jessie Spano, respectively. Josie Totah will take on the lead role of Lexi.

Lexi is described as “a beautiful, sharp-tongued cheerleader and the most popular girl at Bayside High who is both admired and feared by her fellow students.”

What To Expect From The New “Saved By The Bell”

In the reboot, Zack is now the governor of California. However, he’ll be in hot water after closing too many low-income high schools. His solution is to send the affected students to go to the highest performing schools in the state such as the Bayside High.

NBC announced its plans to revisit Bayside High back in September. “Saved by the Bell” is a hit TV show in the 1990s that follows central characters like Zack Morris, Kelly Kapowski, A.C. Slater, and Screech from their high school and into their adult life.

For more “Saved By The Bell” happenings check Celebrity Baby Laundry frequently for all the latest news, updates and developments!