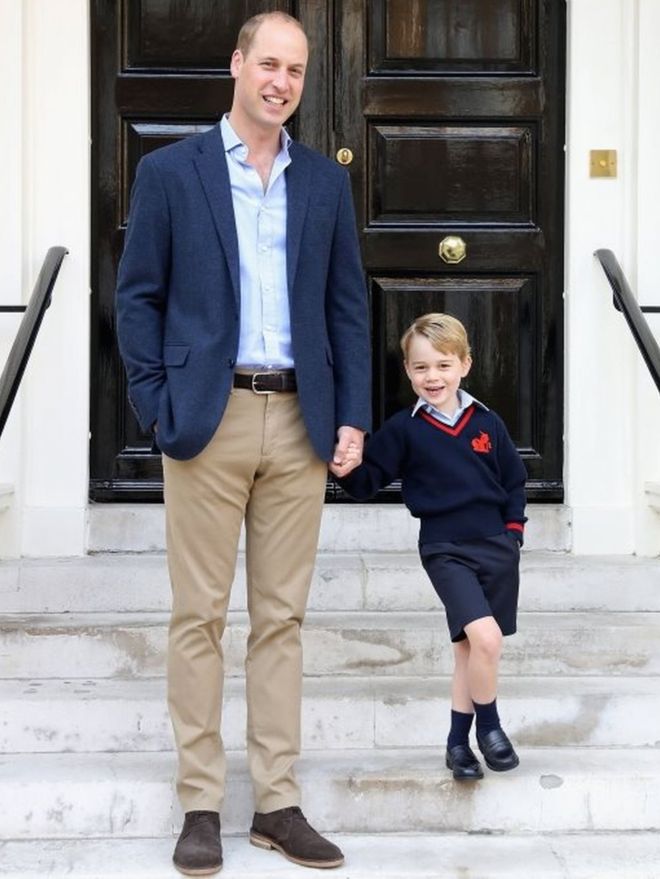 He might be the future King of England, but in his Kindergarten class, Prince George is just like the other kids he gets to spend his entire day with. In fact, there’s a new report that says Prince William and Kate Middleton’s son is not only very popular and has lots of friends at school, but that there is very little fuss made about who he is.

According to Vanity Fair, Prince George really is just like his pals. He loves school, he loves to participate in his extracurricular activities and as a lot of people can imagine, he also loves being the center of attention. In other words, George is a typical, high-energy toddler who is very curious about the world.

“George is really happy at school, [and] his nickname is P.G.,” says a fellow parent. “He’s very popular and has lots of friends, and there’s very little fuss made about who he is. Either William or Kate do drop off, and they are always very friendly. William particularly loves to have a chat with some of the other parents and he works out with some of the mums at the Harbour Club after drop off. He’s very chatty and amiable.”

The site also says that George is particularly close with another classmate who just happens to be his cousin: Maud Windsor. She’s the daughter of Lord Freddie Windsor and Sophie Winkelman. In addition to Maud, George is also going to have his sister Princess Charlotte join him at his school next September. How exciting! The young royal tot, who turns 4 in May, will join George and Thomas’s, where she will get to participate in activities such as fencing, philosophy, gardening and pottery. We absolutely cannot wait to see Princess Charlotte join her big brother on their first day of school together!