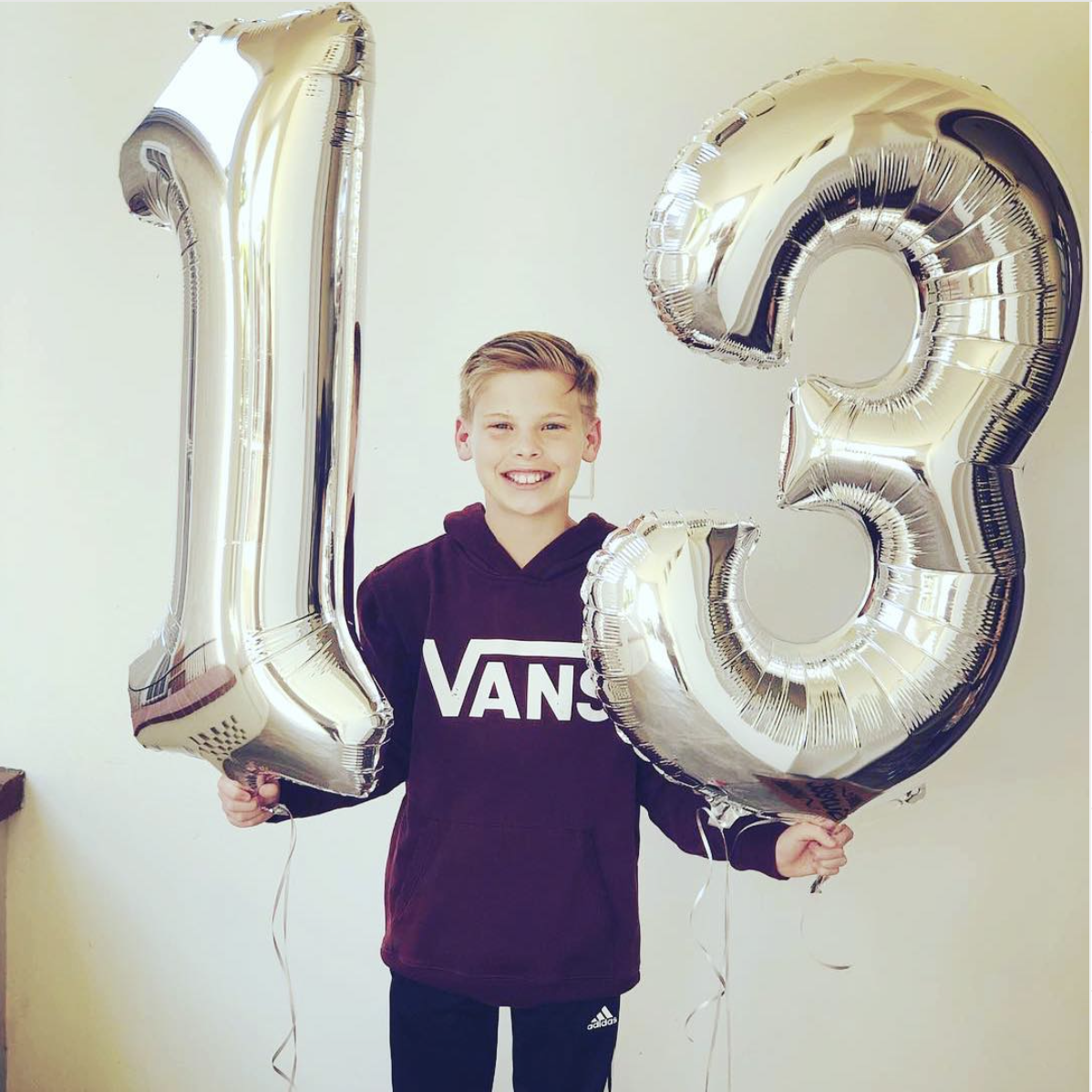 General Hospital star Steve Burton is one celebrity parent who is very proud of his kids! As a matter of fact, a week doesn’t go by that Steve isn’t talking about his kids or posting about their achievements on his social media account. This time around the daytime television star, who plays Jason Morgan in Port Charles, shared a special message for his son Jack on his 13th birthday. Here’s what you need to know.

Steve, who also has two daughters, Brooklyn and Mackenzie, with his wife Sheree, shared a photo of Jack holding two large balloons. And yes, he looks so much like his very famous father! Talk about a stud. Steve captioned the pic with,

“This dude is a ROCKSTAR! Jack, you don’t have Instagram and won’t see this but I love you and am so proud of you. You are a true blessing. I don’t post many pictures of my older kids, but this is a big one! I officially have 2 teenagers in the house and I can’t believe it!”

“This kid makes friends wherever he goes and has such a big heart. You’re going to do great things Jack Burton!!”

A lot of Steve’s social media followers also added their birthday wishes for the young boy by writing, “Happy birthday Jack! Two teenagers in the house and a pre-kindergartener? What a ride you’re going to take!” along with, “Happy birthday little man your son the same age as my son hoping he enjoys his day.”

Tuesday! Gettin’ it done with my workout partner today! She loves it! Have a good one! #grateful #fitfam #work #gh #brooklynboss

In addition, fellow daytime television stars Laura Wright, Brandon Barash, Bryton James and so many more also commented on the photo and wished the new teenager a very happy birthday on his special day!

General Hospital airs weekdays on the ABC network. You will have to check your local listings for times.

In the meantime, drop us a line with your thoughts in our comments section below. And as always, come back to Celeb Baby Laundry for all the latest news and updates on your favorite celebrity parents and tots right here!