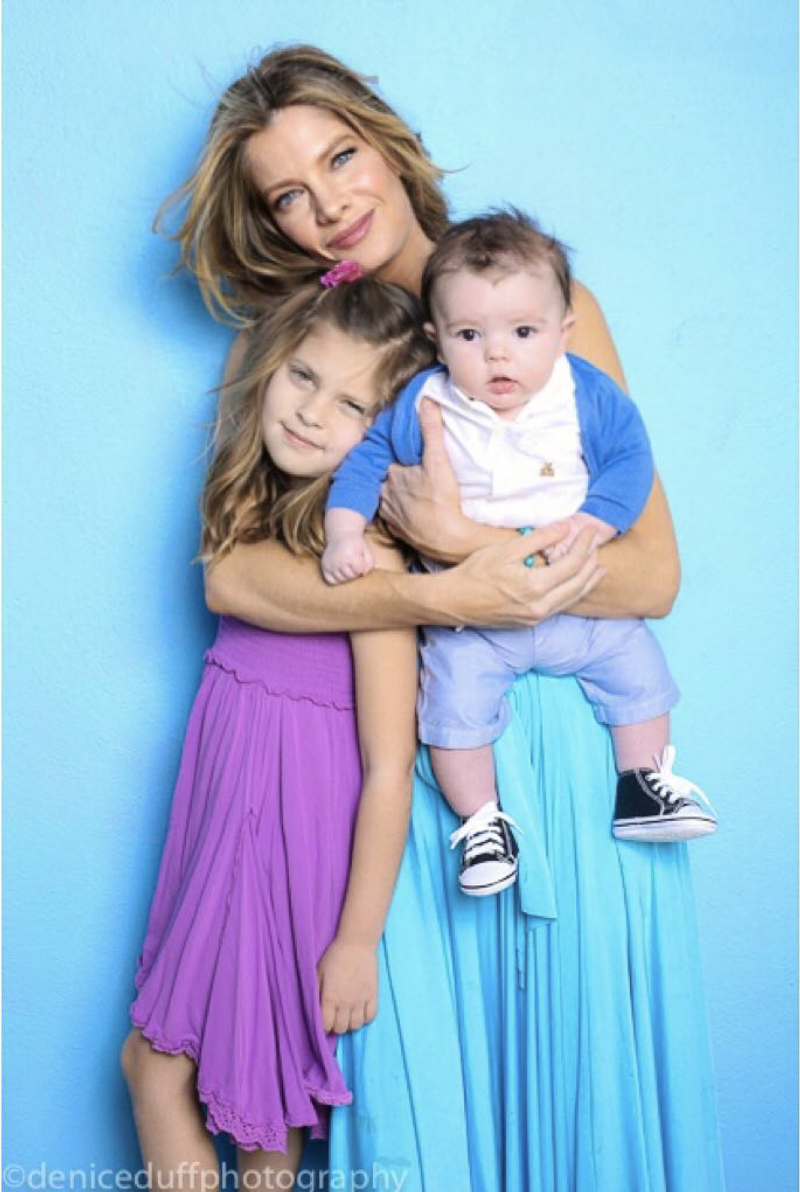 Michelle Stafford considers herself to be a very lucky woman and of course, mom! The daytime television star recently shared an adorable throwback photo of her and her two children, Natalia Scout and Jameson Jones. We just can’t get over the cuteness!

Michelle captioned her photo with,

It didn’t take very long for the actress’ fans to respond to her photo. Quite a few of her social media followers shared comments such as, “Beautiful kids. Your daughter actually looks like a mini version of you,” along with, “You are an inspiration to single moms everywhere! Know that your fans love you. And know that we will also be following and supporting you on The Young and the Restless, too.”

Another fan and fellow mom wrote, “You couldn’t say it better than that. Sigh…the joys and occasional downs that are hand in hand with motherhood are undeniably the most precious times. They must be experienced to truly understand and comprehend the depth of emotion that is felt after becoming a mom. We are truly blessed when we have a child!”

It was reported earlier this week that Michelle would be leaving her role as Nina Reeves on General Hospital to play Phyllis Summers on The Young and the Restless instead. This came after reports said that actress Gina Tognoni was let go from the highly-rated CBS soap. So far Michelle herself has not made any comments about the transition, or what we can expect from her as the new Phyllis.

In the meantime, drop us a line with your thoughts in our comments section below. And as always, come back to Celeb Baby Laundry for all the latest news and updates on your favorite celebrity parents and tots right here!